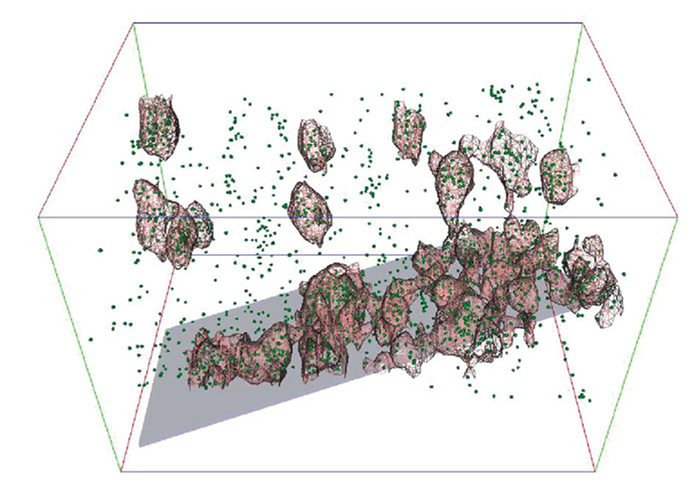 The new technique allows the identification of the spots where chemical reactions occur ,and how these spots shut down.

These spots are said to facilitate molecules rip apart and rearrange as they are passed through nanometre-sized channels.

Scientists said in a publication in Nature Communications: "A process called steaming causes these active sites to cluster, effectively shutting down the factory."

Data from the study will allow scientists to find ways to keep the factory running, as well as enhance catalysts that help produce fuel, biofuel and other chemicals.

"With the guidance of these atomic maps, industry could one day modify how it steams zeolites to produce a more efficient, longer lasting catalyst."

As part of the study, the team redesigned the 3D atomic map of a zeolite material to track its key element, aluminium.

They used a characterisation technique called atom probe tomography to study zeolite structures. It uses a pulsing laser to move a sample.

Images of the sample confirmed that steaming causes aluminium atoms to cluster, which effectively shuts down the catalytic factory.

PNNL said: "With the guidance of these atomic maps, industry could one day modify how it steams zeolites to produce a more efficient, longer-lasting catalyst.

"The research team will next examine other industrially important zeolites at different stages of steaming to provide a more detailed map of this transformation."