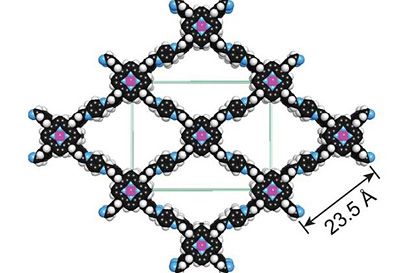 Chemists at the University of California, Berkeley, have developed a new material that can capture and convert carbon into useful chemicals.

As part of the study, the team used a cobalt metal catalyst with a crystal structure to convert the CO2 into carbon monoxide, which is used as a key compound to produce various chemical products.

"The team used a cobalt metal catalyst with a crystal structure to convert the CO2 into carbon monoxide."

Berkeley Lab chemical sciences division chemist Christopher Chang said: "To date, such porous materials have mainly been used for carbon capture and separation, but in showing they can also be used for CO2 catalysis, our results open up a huge range of potential applications in catalysis and energy."

In 2005, Omar Yaghi and team at the University of Michigan developed the first COFs to separate CO2 from flue gases.

The findings of the study were published in the journal Science.

While Chang is a UC Berkeley’s Howard Hughes Medical Institute investigator and a professor of molecular and cell biology, Yaghi is a chemist at Berkeley Lab and co-director of the Kavli Energy NanoScience Institute (Kavli-ENSI).