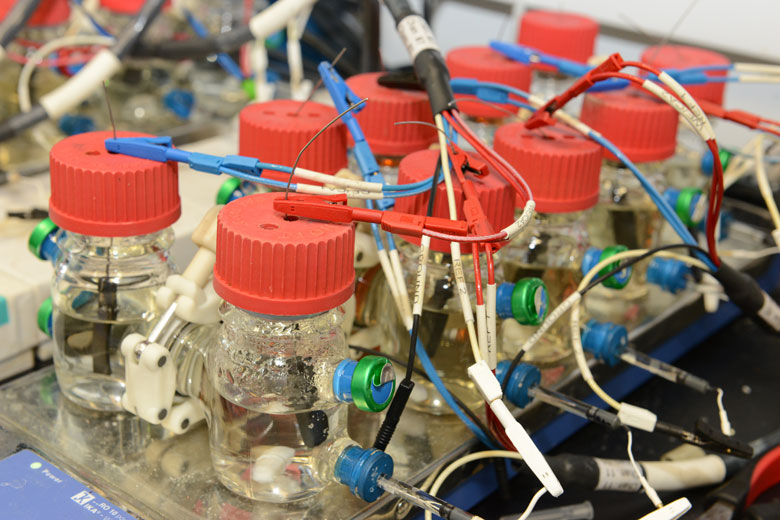 Scientists from Stanford University have achieved a breakthrough in the understanding of how methanogens obtain electrons from solid surfaces, which will help produce renewable bio-fuels and chemicals.

The findings will help scientists design electrodes for microbial factories that produce methane gas and other compounds.

"Now that we understand how methanogens take up electricity, we can re-engineer conventional electrodes to deliver more electrons to more microbes at a faster rate."

As part of the study, the team used a species of methanogen called Methanococcus maripaludis, which were grown in flasks equipped with a graphite electrode.

"Now that we know that certain enzymes take up electrons, we can engineer them to work better and search for other enzymes that do it even faster."

The microbes were provided with a steady supply of electrons and carbon dioxide gas. Methane gas was formed inside the flasks along with hydrogen gas, which was believed to shuttle electrons to the methanogens.

Using a genetically engineered strain of M. Maripaludis, researchers repeated the experiment and found that methane output was significantly lower.

"When hydrogenase was absent from the culture, methane production plummeted 10-fold.

"This was a strong indication that hydrogen-producing enzymes are significantly involved in electron uptake," Spormann added.

Hydrogenase and other enzymes were found to take up electrons directly from the electrode in the absence of methanogen cells but the microbial cell itself is not involved in the transfer.

Study lead author Jörg Deutzmann said: "It turns out that all kinds of enzymes are just floating around in the culture medium.

"These enzymes can attach to the electrode surface and produce small molecules, like hydrogen, which then feed the electrons to the microbes.

"Now that we know that certain enzymes take up electrons, we can engineer them to work better and search for other enzymes that do it even faster."