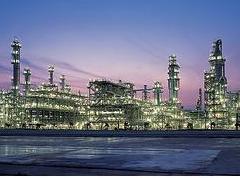 Shell is investing in its Jurong Island facility, Singapore, to increase production capacity for petrochemicals.

The capacity expansion forms part of the company’s strategy to meet projected demand in Asia for high-purity ethylene oxide (HPEO) and alcohol ethoxylates, which is expected to rise by six to seven percent annually during the next five years.

Feedstock for the new HPEO plant will be provided through Shell’s Jurong Island ethylene oxide / mono-ethylene glycol plant, which is integrated with an ethylene cracker through to its refinery in Pulau Bukom, Singapore. Shell said the new capacities will be added to its existing capacities for HPEO (65,000 tpa) and alcohol ethoxylates (40,000 tpa).

Shell Chemicals executive vice president Graham van’t Hoff said the new investments build on the ones that the company has announced in the last six months, which included the upgrading of a polyols plant and the debottlenecking of petrochemical cracker in Pulau Bukom.

"The investment includes a new HPEO purification column unit with an initial capacity of 140,000 tonnes per annum (tpa)."

"They underscore our global strategy to continue investing in our existing assets, which is vital for our long-term growth, particularly in the expanding Asian petrochemicals market," Hoff added.

"They also showcase our ability to derive maximum value from the integration of Shell’s oil and chemical businesses."

The new investments also include associated facilities, such as product tanks and a HPEO pipeline grid, that will deliver the product to new and potential ‘over-the-fence’ customers, who have already signed up with Shell and are building facilities nearby.

Shell Singapore Country chairman Lee Tzu Yang said: "Our investment here allows us to take the lead to support Singapore’s growth in this area by leveraging the country’s excellent position as a world-leading petrochemicals hub."