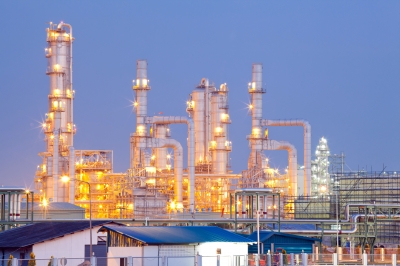 Iran has developed its own technology to produce catalysts that are used by isomerisation units of oil refineries and petrochemical complexes.

The country has so far depended on the US for catalysts that are used to produce Euro-5 and Euro-6 gasoline.

With the latest development, the country claims to break the monopoly of the US in the segment, and makes Iran the second country in the world to produce catalysts.

Supplying Petrochemical Industries Parts, Equipments and Chemical Engineering (SPEC) managing director Jalil Sobhani was quoted by Iranian media as saying: "Iran has achieved the technology needed to produce such catalysts, thus becoming the second country in the world in this regard."

"In recent years, Iran has significantly expanded its presence in petrochemical segment with plans to become a major producer in the Middle East."

Iranian scientists have already created around 25 precious metals-containing catalysts for use by refinery and petrochemical industries.

SPEC said it is preparing to produce Euro-5 and Euro-6 gasoline catalysts, and is ready to accept orders.

In recent years, Iran has significantly expanded its presence in petrochemical segment with plans to become a major producer in the Middle East.

The country is estimated to host third-largest oil reserves and largest natural gas reserves in the world.