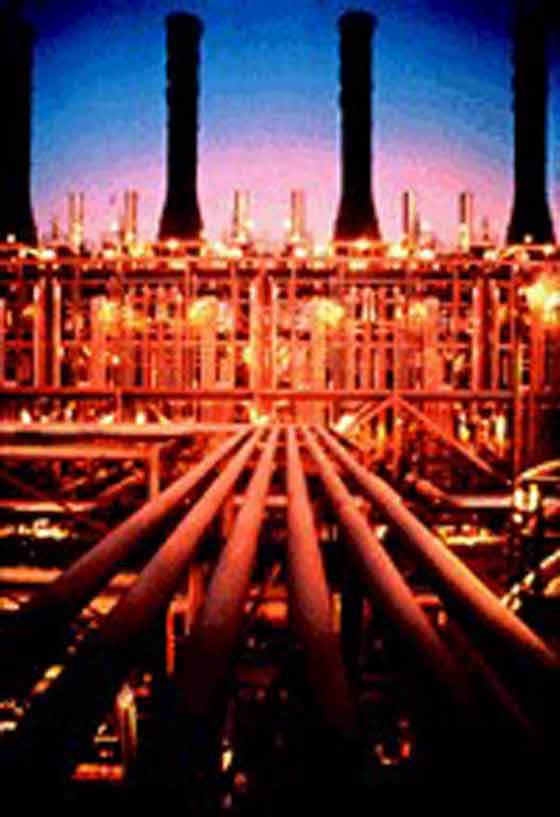 The Yanpet Expansion Project (sometimes called Yanpet 2) is a major petrochemical project located in Yanbu in Saudi Arabia, on the coast of the Red Sea. The huge project got initial approval in 1996, but did not go into operation until February 2001. The overall cost of the project was in excess of $2.8bn.

The plant includes an ethylene plant, an ethylene glycol plant and a polymer plant. The expansion will add a second 800,000t/yr ethylene cracker to the complex, making Yanpet one of the largest and most efficient petrochemical producers with a total capacity of 1.7 million tonnes per year. This can be sold as exports, or used as a feedstock for the new 535,000t/yr polyethylene plant.

This plant ranks the Yanpet site as the largest polyethylene site in the world. The existing facilities on the site will be used to supply feedstock.

Other derivative products produced include, 410,000t/yr of ethylene glycol, 260,000t/yr of polypropylene and 125,000t/yr of pyrolysis gasoline. Together with the existing plant, this will be one of the world’s largest petrochemical complexes.

“This plant ranks the Yanpet site as the largest polyethylene site in the world. “

Flour Daniel (US) was the project engineering, procurement and construction service manager. The $500m contract to build the ethylene plant was awarded to ABB Lummus (through its US Division). They provided the process technology and licences, basic and detailed engineering, and procurement of all equipment and material, and are responsible for the construction and commissioning of the plant.

The ethylene glycol plant was begun in 1997, and finished at the end of 1999. Commercial production began in March 2000.

The plant produces 410,000t/yr of monoethylene glycol. The addition of this plant is likely to keep prices for the commodity static.

The 260,000t/yr polypropylene facility began production in May 2000. This is the first time that Yanpet has produced polypropylene. It may have to import propylene as feedstock.

The complex will also produce about 125,000t/yr of pyrolysis. Again, this will be the first time that Yanpet has produced the chemical, leading to a wider product portfolio.

Yanpet has agreed a marketing deal with the Mitsui Chemical Company to supply at least 30,000t/yr to Japan. The agreement also commits Sabic to selling 40,000t/yr of its purified terephthalic acid (PTA) to Mitsui for that company’s customers in India and Pakistan.

The company secured finance through a consortium of local, regional and international banks which granted a $3.3bn loan. The wide range of petrochemical products, helping to insulate the project from recession in any single one, was a significant factor in attracting the necessary backing. The Saudi Industrial Development Fund (SIDF) was also involved in the financing.

“Yanpet is a 50/50 joint venture between ExxonMobil, the oil company, and Saudi Basic Industries Corporation.”

By producing more of these sophisticated petrochemicals, Sabic hopes to correct its traditional bias towards more basic petrochemicals, which are more commoditised. This diversification was made more urgent by low oil prices, although the rise in price has now made this less pressing.

Sabic is the biggest petrochemical producer in the Middle East. It is owned by the government of Saudi Arabia. Since its foundation in 1976, it has been concentrated mainly in Saudi Arabia.

The Yanpet 2 project is linked to the company’s efforts to have more value-added products. This is also linked to greater investment in R&D.

ExxonMobil, the second largest ethylene manufacturer in the world, was formed by the merger of Exxon and Mobil in 1999. The company is the leading world supplier of polyethylene. In paraxylene, the merged firm will be the world’s biggest supplier. It is also a major producer of many other petrochemical products.