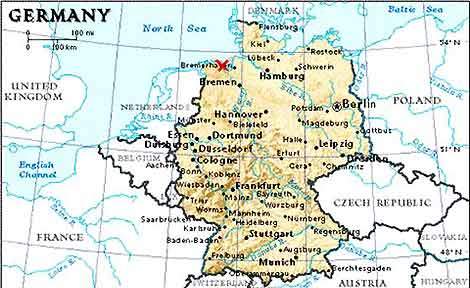 European Vinyls Corporation (EVC) constructed a 1,000t/yr semi-commercial ethane-to-VCM industrial-scale pilot facility at Wilhelmshaven. According to EVC, scaleup to a commercial plant will be straightforward. Since commissioning, the unit has operated for 2000 hours at reaction temperature. The core components of the technology appear to be viable. So far the catalyst has been stable and remains active and there have been no indications of corrosion. An oxygen conversion rate of 99% and a rate of ethane to VCM of 90% have been obtained, although further refinement could raise the ethane conversion rate to 92-95%.

In September 1999 EVC signed an agreement with Bechtel for the construction of the Wilhelmshaven VCM site. The plans for construction however, have been put on hold due to financial concerns about the market and geographical requirements of VCM. Although plans have been put back, confirmation is expected in the first half of 2002. Design of the first commercial facility is scheduled to begin later that year, with commissioning planned for 2004.

The patented ethane-to-VCM process represented a potential breakthrough in the evolution of production technology after more than 60 years of VCM/PVC industrial history. It promises to reduce the dependence of the PVC industry on ethylene, petrochemicals and the intermediate product EDC (ethylene dichloride) produced in the conventional process. In the pilot unit, ethane, heated to avoid dew-point corrosion, is fed to a reactor together with hydrogen chloride or chlorinated hydrocarbons and oxygen from an air separation plant. Ethane is around one third of the cost of ethylene for which it can be used as a feedstock. The new process operates at a temperature less than 500° C, which is critical for reducing corrosion and extending catalyst life. It is based on a novel catalyst system, maximising the use of raw materials through a recycle system and has minimal by-products.

EVC was looking for a partner such as Bechtel to ideally supply ethane and chlorine feedstocks. EVC estimates its technology could cut VCM production costs by 22%. It has chosen Bechtel as its partner to market and build plants based on the technology.

Bechtel is a global engineering, construction, development, and management company in chemicals and petrochemicals plant construction. The two companies have been able to develop the process optimisation and industrial plant design in parallel, keeping the project on track to meet the target of constructing the first industrial plant by 2004.