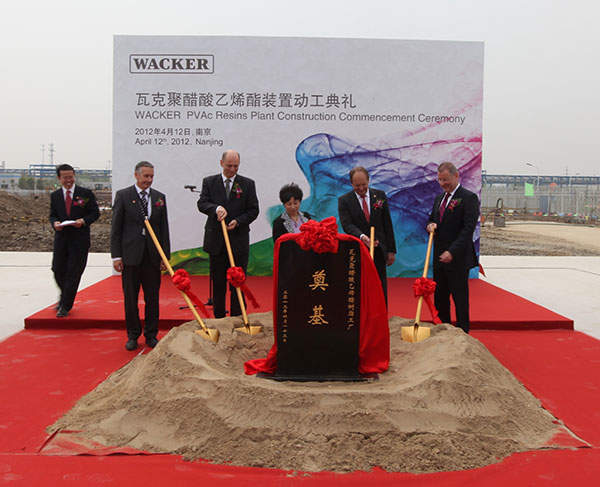 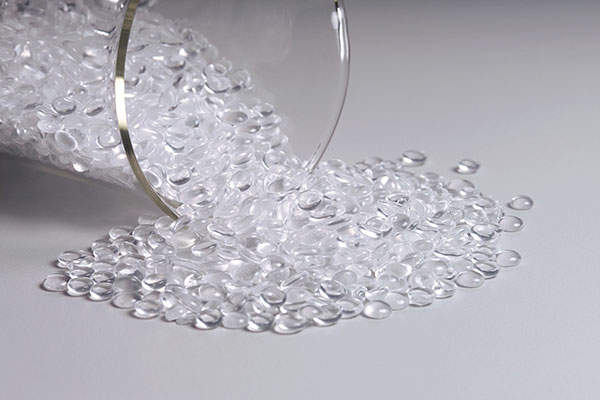 PVAc solid resins are used mainly in the production of gumbase and certain other industrial applications. Image courtesy of Wacker Chemie AG. 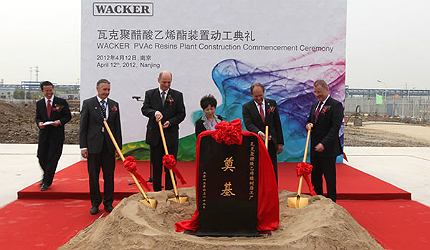 Wacker Chemie completed €40m ($52.2m) worth of capacity expansions at its vinyl acetate-ethylene (VAE) copolymer dispersions plant at the Nanjing Chemical Industry Park in Jiangsu province of China in 2015.

The project also included the construction of a new 20,000t/y food-grade polyvinyl acetate (PVAc) solid resins plant. Groundbreaking for the PVAc plant took place in April 2012 and the production started in March 2015.

"The polymer production plant of Wacker Chemie was launched at the site in December 2009."

The Nanjing Chemical Industry Park is spread across an area of about 13ha. The polymer production plant of Wacker Chemie was launched at the site in December 2009.

Wacker Chemie started producing VAE copolymer dispersions at the Nanjing site in July 2010 with an initial capacity of 50,000t a year. The company also produces 30,000t a year of dispersible powder at the site.

The site employs approximately 100 people, while the expansion phase provided further employment opportunities at the site.

The Nanjing site expansion was undertaken to meet the increasing demand for VAE dispersions and polyvinyl acetate solid resins, particularly in China and the Asia Pacific region in general.

The decision to build the two new plants at the Nanjing site was also driven by the practical benefits that the company anticipated from bonding all the polymer production activities at a single site. The decision paved way for providing easy and interchangeable transportation and logistics facilities for the various plants.

"The motive for expanding the Nanjing site was driven by the increasing demand for VAE dispersions and polyvinyl acetate solid resins."

The main components of the VAE copolymer dispersions include monomers, surfacants and water, with certain amounts of defoamers and biocides. The production of PVAc also follows the same process, where vinyl acetate is polymerised under high pressure.

VAE copolymer dispersions are primarily used as binders in the construction and coating industries. Their utility is witnessed in the adhesive and automotive industries too.

They are especially used for paints and coating industries, as they emanate lesser odour, have good durability, provide high water-resistance and are environment-friendly, with no content of alkylphenol ethoxylate (APEO). They are also recognised for being resistant to acids and alkalis to a certain extent.

Their popularity in the construction industry is mainly because they are lightweight and energy efficient. They are also used as binders in nonwovens and technical textiles, and as additives for composites.

PVAc solid resins, on the other hand, are used mainly in the production of gum base, which forms a major component of chewing gums. Its utility can also be found in certain other industrial applications such as adhesives for wood, clothes, sandstone and paper. They are popular mainly for their good dimensional stability.

Wacker Chemie and Dow Corning’s integrated silicone manufacturing facility is the largest and most advanced facility in China.