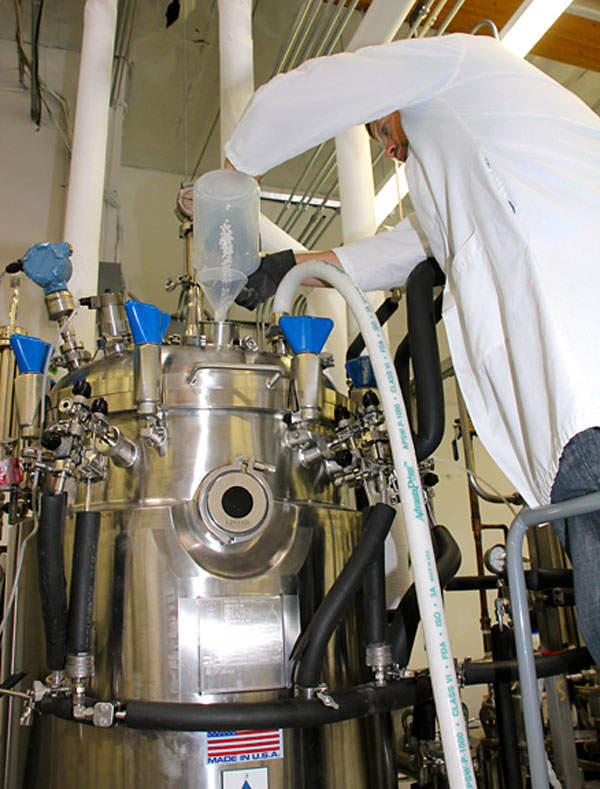 Verdezyne opened the pilot scale adipic acid plant in Carlsbad in California, US, in November 2011. Image courtesy of Verdezyne, Inc. 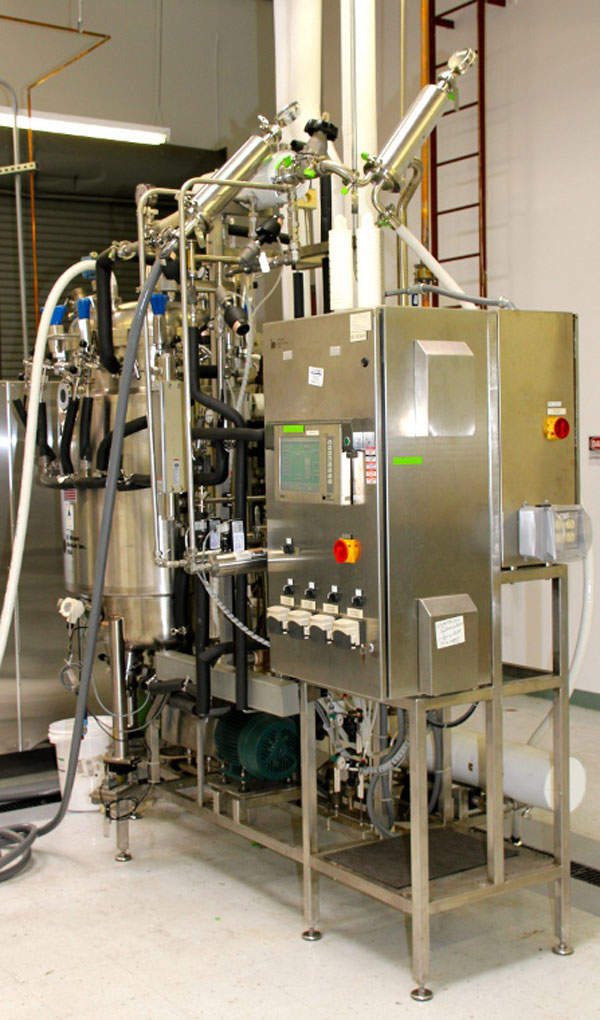 The pilot facility will be used to scale up the bio-based ADA production technology to commercial-scale. Image courtesy of Verdezyne, Inc.

Verdezyne started up a pilot scale adipic acid (ADA) plant in Carlsbad, in the state of California in the US, in November 2011. The industrial biotechnology company, established in 2005, is dedicated to developing renewable biofuels and chemicals from organic sources.

"In January 2012, Verdezyne received the US patent for its proprietary engineered yeast and enzymes which can ferment xylose to produce ethanol."

The new pilot plant will produce approximately 15kg of bio-based ADA each week. It will also help to commercialise the bio-based adipic acid developed by Verdezyne.

ADA is a dicarboxylic acid, a chemical intermediate used in various industries. It is the main compound in the production of nylon 6,6 resin and fibre, as well as thermoplastic polyurethane resins. It is also used in organic synthesis as a base material for the production of polyurethane foam plastics, plasticiser adipic acid esters, adiponitrile adipic amine and lubricants.

The new facility will be used to demonstrate successful scale up of all the Verdezyne processes, create development samples for the market and allow transfer of the technology. It will provide preliminary design for developing commercial-scale plants. It will also be used to characterise multiple feedstocks in terms of productivity and yield, as well as for additional pilot chemical programmes.

In January 2012, Verdezyne received the US patent for its proprietary engineered yeast and enzymes which can ferment xylose to produce ethanol. The proprietary yeast micro organism and pathways developed by the company enable the production and recovery of ADA from renewable feedstock.

The company aims to boost the performance of the yeast and improve the metabolic pathway at pilot scale by 2013. Commercialisation of its renewable-based adipic acid is expected by 2014-2015.

Equipment and systems incorporated into the adipic acid (ADA) plant

Fawley Refinery and Petrochemical Plant, located in Fawley, Hampshire, is the largest integrated facility of its kind in the UK.

The pilot plant comprises of fermentation and downstream purification equipment. It includes facilities such as myriad water heating, cooling and purification systems. The fermentation unit has a 400 litre-capacity fermenter. It is designed to control all variables in the process, such as aeration, feed rate, acidity and temperature.

A fermentation sciences laboratory was also built at the plant. It supports development of the fermentation processes and conditions. The lab also tests the newly developed strains of yeast.

The pilot plant will test a wide range of feedstock, such as pure, single-chain fatty acids and mixed fatty acids produced from vegetable processing. The process technology uses multiple feedstocks, such as non-food based vegetable oils, alkanes and sugar. Production of ADA from these sources will keep the ADA costs stable despite energy fluctuations in future.

Technology used for the bio-based ADA plant in Carlsbad, US

"The industrial biotechnology company, established in 2005, is dedicated to developing renewable biofuels and chemicals from organic sources."

The Verdezyne bio-based process is the first of its kind to use non-food, plant-based renewable feedstock. The technology produces a wide range of diacids.

Proprietary technologies are being engineered to develop a metabolic process which can use different alkane feedstock for production of ADA.

The environmentally sustainable fermentation process eliminates several steps involved in the petroleum-based production of ADA from cyclohexane. Production of ADA through petrochemical processes generates about four tons of carbon dioxide (CO2) for a ton of the product.

The Verdezyne process is expected to emit less CO2 and other greenhouse gases when compared with current manufacturing methods.

It will also reduce the production costs associated with the petrochemical manufacturing processes by about 20% to 30% in the long run.