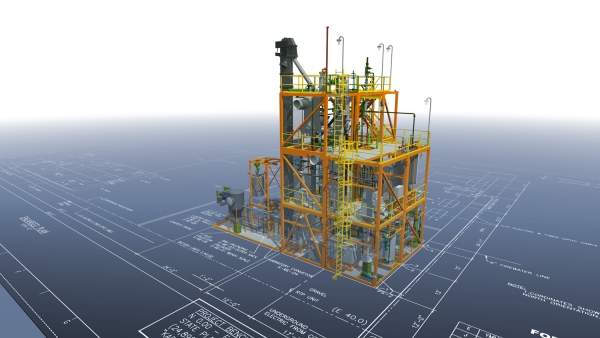 A rendering of the biorefinery demonstration unit being built in Kapolei, Oahu, Hawaii. Image courtesy of Honeywell UOP. 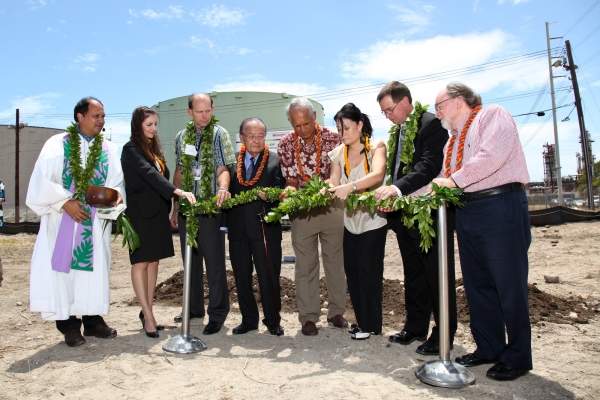 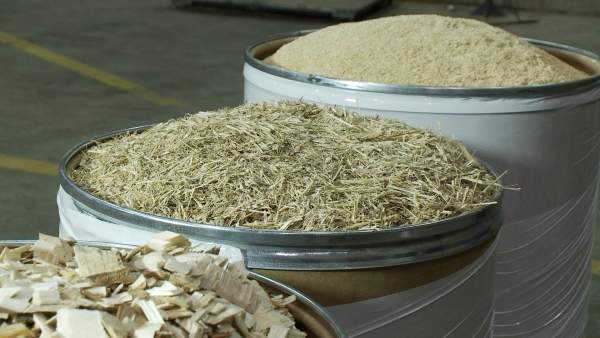 UOP, a unit of Honeywell International, is building a biorefinery demonstration unit in Kapolei on the Hawaiian island of Oahu. The new facility will be located within a refinery site of Tesoro Corporation in Kapolei.

It will use technology jointly developed by Ensyn Corporation and UOP to convert biomass into renewable gasoline, diesel and jet fuel.

Groundbreaking for the new facility took place in August 2011. Production is expected to commence in 2012 and full commissioning will be achieved by 2014.

"The new facility will be located within a refinery site of Tesoro Corporation in Kapolei."

The produced biofuel will be examined by several refiners including Tesoro, Chevron and Kern Oil and Refining. End-use customers will include Honeywell, General Motors, Tesoro, Chevron, Kern Oil, CountryMark Petroleum and Boeing.

The project will help in diversifying the Hawaiian economy by generating jobs in biomass feedstock cultivation and processing. More than 80 jobs are expected to be created during the construction stage.

The project will also support the Hawaii Clean Energy Initiative aimed at generating 70% of power from clean energy by 2030.

Design and construction of the biorefinery demonstration unit

The demonstration facility will include a rapid thermal processing (RTP) unit, a filtration and ion exchange unit and a pyrolysis oil conversion unit. The RTP unit will have a capacity of one ton a day and the pyrolysis unit will have four barrels a day capacity.

Feedstock characterisation will be carried out during the first phase of the project. About 500kg of different feedstock will be used to establish the optimal process conditions for each type of feedstock. The biofuel produced during this stage will be analysed by the refiners.

Phase II of the project will include performance testing of the biorefinery. About 300mt of each feedstock variety will be fed into the facility and the quality of biofuel produced will be tested by the refiners.

The third phase will be the operational phase during which 150mt of biomass will be fed to the plant. The biofuel produced will be integrated into the refinery infrastructure of the refiners.

The project is part of the US Department of Energy’s (DOE) efforts to develop the domestic biofuel industry, reducing the country’s dependence on oil imports and generate new jobs. The DOE awarded a $25m grant for the construction of the facility.

Integrated pyrolysis, which is carried out using RTP, includes conversion of biomass into a liquid biofuel. The biomass is heated at 5,000 degrees centigrade in the absence of oxygen in a fluidised bed reactor.

The process yields 65% to 75% of pourable liquid pyrolysis oil.

The oil is converted into transportation fuels by using catalytic hydroconversion technology. The hydroconversion process removes oxygen molecules from the oil and reduces its acidity and viscosity. It breaks up the oil to produce high octane gasoline or diesel fuels.

The plant will demonstrate the feasibility of the new technology and help in evaluating the environmental footprint of the fuels produced and the process technology.

A commercial-scale plant can be developed to produce nearly 50 million gallons of biofuels annually if the technology is proven to be feasible. Biofuels produced using this technology can reduce carbon emissions by nearly 70%.

The plant will use a variety of feedstock including agricultural residue, pulp, paper, woody biomass, dedicated energy crops such as switch grass and high-biomass sorghum, algae and other cellulosic biomass during the pilot phase.

The feedstock will be procured locally once commercial scale operations are started.

"The demonstration facility will include a rapid thermal processing (RTP) unit."

The plant will be supplied with the feedstock by several companies. Cargill will supply corn stover and cane bagasse, Ceres will supply switch grass, Imperium Renewables will provide guinea grass, Hawaii BioEnergy will supply algae biomass and Grays Harbor Paper will provide forest residue. HR BioPetroleum and Targeted Growth will also supply some of the feedstock.

The project is managed by UOP / Honeywell, Ambitech, Hawaii BioEnergy and Group70.