Choline chloride is a complex vitamin/nutritional that promotes rapid and healthy growth.

The Leonard process for producing methylamine has a low environmental impact. 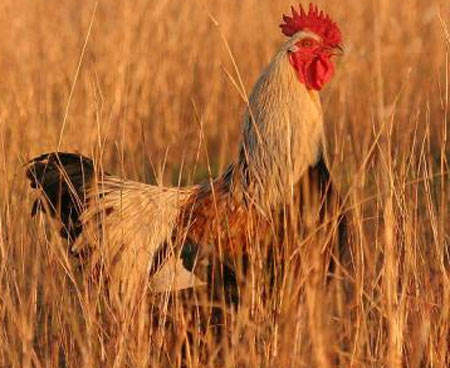 Choline chloride is important in the Thai agricultural industry; it is involved in the manufacture of feed for chickens and pigs. 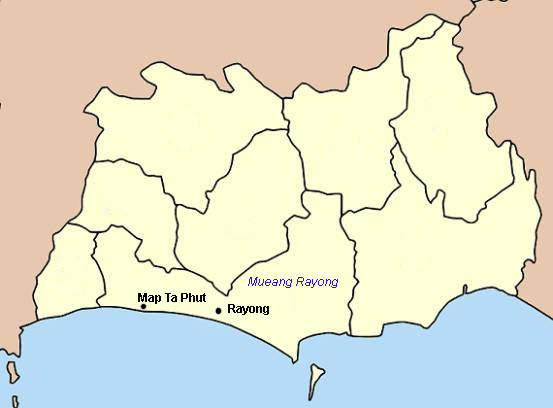 Map Ta Phut industrial estate is near a deep water port in the province of Rayong. 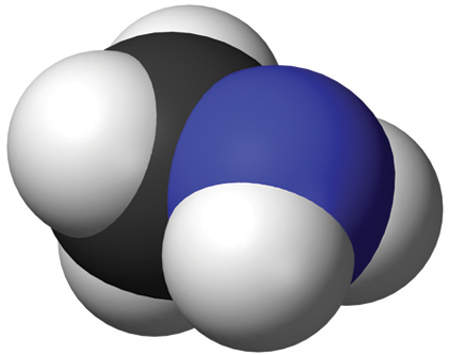 A molecule of methylamine; this needs to be produced prior to choline chloride.

The Thai Choline Chloride (TCC) Company Ltd is a subsidiary of the PTT Public Company Ltd, which is one of the largest oil and gas companies in Asia (one of the largest corporations in Thailand). The company, which was formerly the state-owned Petroleum Authority of Thailand, has extensive oil and gas exploration and production interests, and control of a multitude of gas pipelines, petrol retailing outlets and LPG terminals across Thailand.

In addition, PTT has interests in the chemical/petrochemical industry through its subsidiaries, of which TCC is one. The Thai Choline Chloride Company is a relatively new interest, having first been set up in 2005/2006. The new venture is to provide commercial quantities of choline chloride to satisfy the demand of the agricultural market in Thailand, which is the largest consumer.

As Thailand is one of the largest producers and exporters of chickens and pigs, the chemical is needed as a nutrient additive to manufacture the feed. The chemical will be produced in a new Thailand plant, which will be the first ever constructed in the country.

The production of choline chloride will be undertaken at a new plant which is currently (October 2007) being constructed at the Map Ta Phut industrial park in Thailand. The design, engineering and construction began in July 2007 and is expected to be completed and in production by the first quarter of 2009.

The new plant will use methylamine and choline chloride process technology licensed from the UK company Davy Process Technology (DPT), a subsidiary of Johnson Matthey. It is expected to have a production capacity of 26,700t of the chemical per year when completed.

At the award and signing of the contract, Fred Franklin, senior vice president of Davy Process Technology, said: "We are pleased to be working with Thai Choline Chloride to design and licence this plant, which will further establish Davy Process Technology as a leading supplier of technology for the production of methylamines and its derivatives."

Choline chloride is a complex vitamin/nutritional, which is added to both chicken and pig feed to promote rapid and healthy growth. The chemical is produced by a process using a reaction between ethylene oxide, methanol, ammonia and hydrochloric acid. TCC is the country's first manufacturer of choline chloride.

The nutrient is supplied as a powder in 25kg bags and is administered as a 70% solution in water, which is used to make up the cereal 'mash' animal feed. From an animal nutrition point-of-view choline is required for the biosynthesis of phosphatidylcholine, which is a basic component of the cell membrane and also a precursor of the essential neurotransmitter acetylcholine.

Choline chloride is manufactured in a sealed reaction vessel by the reaction of hydrochloric acid with anhydrous trimethylamine and ethylene oxide under only moderate pressure. The process licensed by Davy Process Technology will work equally as well as a batch or continuous process, producing commercial quantities as required.

“Before choline chloride production, the precursor methylamine needs to be produced.”

The production process has been fine tuned so that it is highly efficient, has only very low utility requirements and from an environmental standpoint produces no liquid or vapour effluents, which would require waste handling systems. As ethylene oxide and trimethylamine are both noxious chemicals, fully redundant safety systems have been incorporated into the process.

Before choline chloride production, the precursor methylamine needs to be produced – the new plant will also produce this using DPT technology. Methylamine production will be based on the Leonard Process, which uses a catalytic (zeolite) reaction between methanol and ammonia to produce the range of methylamines (mono, di or tri) depending upon catalyst and reaction conditions (stoichiometry and pressure). The Leonard Process again has a good safety record and has a low environmental
impact producing little effluent waste.