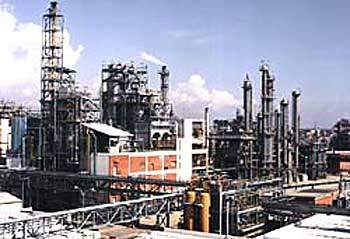 The project is the world's biggest propane dehydrogenation plant, built at the BASF petrochemical complex in Tarragona in Spain. The plant is owned by BASF Sonatrach PropanChem SA.

The overall strategy behind the foundation of the dehydrogenation plant was the nature of the ethylene market. Production of propylene from steam crackers was expected to fall, as plants were optimised to produce ethylene. There were only limited opportunities to increase production from refinery fluidised catalytic crackers (FCC), which accounted for 29% of supply. The main alternative method was propane dehydrogenation and metathesis.

Construction started in September 2000 and the plant was commissioned in January 2003. It was inaugurated in March 2004 and generated about 100 jobs.

The raw material for the propylene production is propane and is imported from Algeria. The process technology used will be the Oleflex™ process for converting propane to propylene.

“Oleflex is a catalytic dehydrogenation process technology used to produce propylene from propane.”

The catalyst used in the Oleflex process is DeH-14, which offers 30% higher coking stability than the DeH-12 catalyst for similar process.

The new facility supplies propylene to the new Tarragona polypropylene plant, belonging to Targor Iberica, a joint venture between BASF and Hoechst. Although the Targor plant is designed with the aim of limiting its consumption of propane, it still needs a substantial amount. The plant was opened in 2002. A propane tank and other relevant infrastructure was also built at the port of Tarragona for sufficient supply of propane. The rest of the propylene produced by the dehydrogenation plant is supplied to BASELL Poliolefinas Ibéric and is used for the production of polypropylene.

“The combined cycle power project, opened in 2002, ensures long-term supply of electricity and steam at the site.”

The project was completed by the construction of a 400MW power station by RWE in partnership with a Spanish company. The combined cycle power project, opened in 2002, ensures long-term supply of electricity and steam at the site. Surplus gas from the dehydrogenation plant can be used in the power plant and it is estimated that this could amount to as much as 600,000MWh of combustible gas. The propane dehydrogenation and polypropylene units quintuple the demand for steam at the site and double consumption of electricity and doubles the Integrated Manufacturing Centre of Tarragona. The German company saw the Spanish plant as an opportunity to extend its concept of Verbund production, which was designed to maximise the integration of a plant complex.

Lurgi Oel•Gas•Chemie is the main contractor, having responsibility for the detailed engineering, equipment and construction of the plant. It also undertook much of the design work, together with the owner and the Oleflex process technology supplier UOP.

BASF Sonatrach PropanChem is a joint venture between BASF Aktiengesellschaft (51%) and Sonatrach (49%), set up in the last quarter of 1999. Sonatrach is a state-owned Algerian oil and gas company, and as the world’s second largest exporter of liquefied petroleum gas (LPG), will supply the necessary propane.