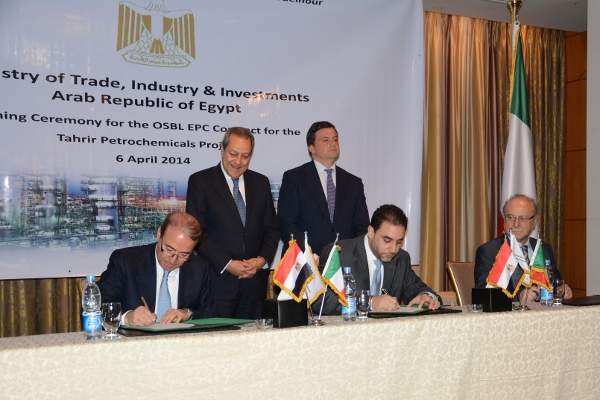 Tahrir Petrochemical Complex is set to come online in 2019. 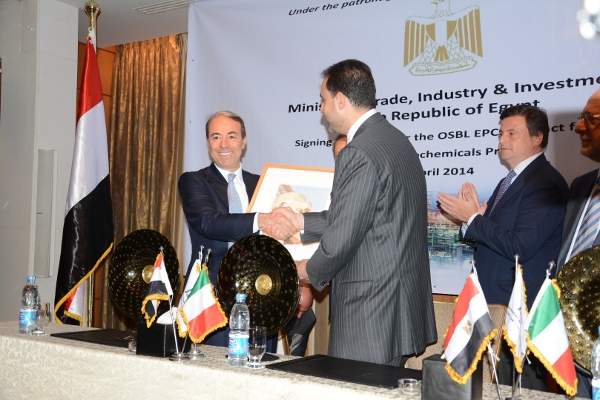 The EPC contract for the project's outside battery limits (OSBL) was awarded to a consortium of Maire Tecnimont, Archirodon Group and DSI. 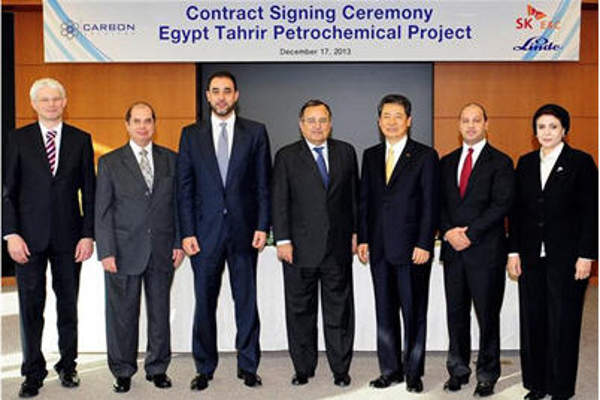 The EPC contract for the inside battery limits (ISBL) was awarded to Linde and SK E&C. Image courtesy of SK HOLDINGS. 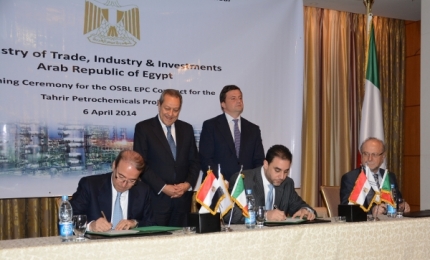 Carbon Holding’s proposed Tahrir Petrochemical Complex is to be located within the Ain Sokhna industrial zone, near the Gulf of Suez. Major contracts for the project have been awarded, the construction works are expected to start in 2015 and commissioning is expected in 2019.

The petrochemical project is expected to generate in excess of 20,000 jobs during the construction phase. It will also create approximately 100,000 direct and indirect jobs, generate annual revenue of $6bn and increase the country’s overall annual exports by more than 25% when it becomes operational.

Details of the petrochemical complex

"The petrochemical project is expected to generate in excess of 20,000 jobs during the construction phase."

The petrochemical complex will feature a four million tonne per annum naphtha cracker plant, which will be the first of its kind in Egypt and the biggest in the world. It will also include related downstream facilities with capacity to produce 1.4 million tonnes per annum of ethylene and polyethylene, 900,000tpa of propylene, 250,000tpa of butadiene, 350,000tpa of benzene and 100,000tpa of hexene-1.

A single-train ammonium nitrate process plant with a capacity of 1,060tpd and a nitric acid unit will also be installed at the complex.

Processing technologies at the complex

The polyethylene plant will incorproate the UNIPOL™ PE Process line from Univation Technologies, whose single-reactor PRODIGY™ Bimodal Catalyst and XCAT™ Metallocene Catalyst technologies are licensed for the project.

Espindesa, a subsidiary of Tecnicas Reunidas, will licence the technologies for the nitric acid and ammonium nitrate units.

Contractors involved with the project

The project management consultancy (PMC) contract for the project has been awarded to Foster Wheeler. KBR has been awarded the contract to carry out the front end engineering design (FEED) works for the ammonium nitrate plant, having performed the pre-feasibility and pre-FEED studies for the petrochemical complex.

Saudi Aramco’s Jazan Refinery and Terminal is being constructed in the coastal part of the City of Bish.

SK E&C will construct the polyethylene plant, whereas the ethylene plant will be constructed by Linde. The contract, awarded to the two companies in December 2013, is worth KRW3.87tn ($3.6bn).

The engineering, procurement, construction and commissioning (EPCC) contract for the project’s utilities and offsite facilities was awarded to a consortium of Maire Tecnimont, Archirodon Group and Drake & Scull International (DSI). The contract, awarded to the former two companies, is valued at approximately $1.7bn-$1.95bn, whereas the contract awarded to DSI is valued at AED2.2bn (approximately $599m).

Maire Tecnimont will construct the utilities island, sea water desalination plant, wastewater treatment plant, power plant and auxiliary packages and systems. The construction and supply activities for the sea works, tanks, jetty works and pipelines will be carried out by Archiredon Group, while the construction of the storage facilities and ancillary buildings for the project will be carried out by DSI.

GE has been contracted to provide its advanced aero-derivatives gas turbines, steam turbines, generators, water filtration and desalination equipment, turbo machinery compressors and industrial solutions services for the project. The contract, awarded to the company in November 2013, is valued at $500m.