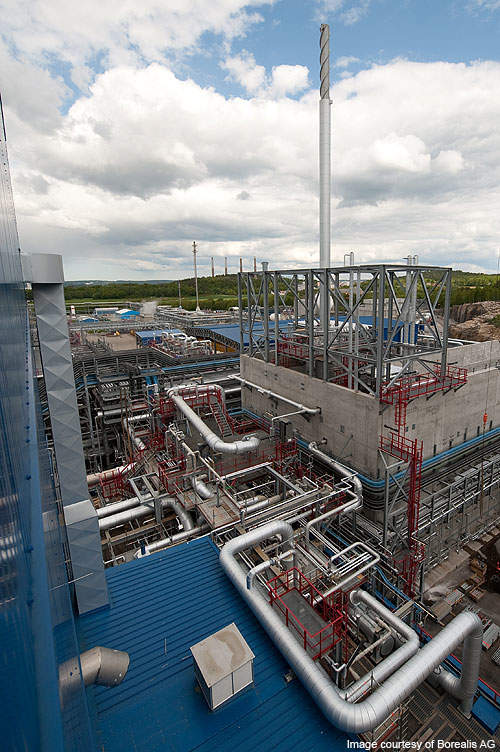 Product shipping from the LDPE plant began in June 2010. 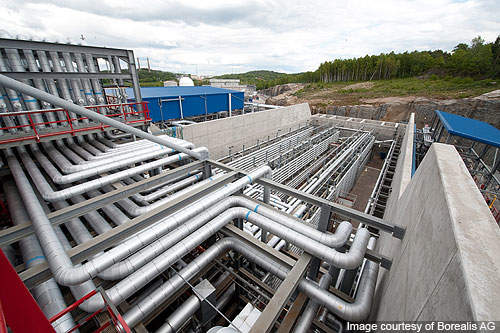 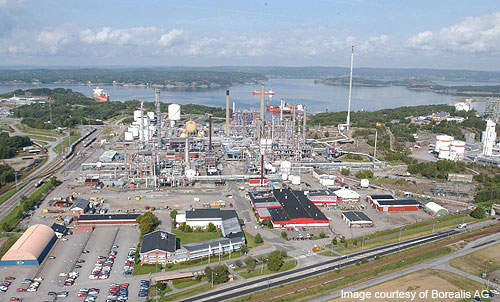 Borealis is the only polyethylene (PE) producer in Sweden.

On 2 June 2010, European plastics producer Borealis inaugurated a new high-pressure, low-density polyethylene (LDPE) plant in Stenungsund, Sweden. The LDPE plant produces Borealis’s LDPE products for the cable and wire sector. It has an annual production capacity of 350,000t. Total investment in the project was over €400m ($492m), the largest investment by the company in Europe.

The project also involved expansion and modernisation of the existing compounding and material-handling facilities at the Borealis Stenungsund site. The plant achieved on-spec product and began its first batch of cable and wire crate production in June 2010.

The plant will be used to produce a range of new products for the company including Supercure XLPE polymers for producing extra-high-voltage cables such as LC8205 and LS4201, and other specialised products for LE4244EHV and LE4201EHV cables. The facility also supports the Borealis Visico products used for producing medium and low-voltage cables such as LE4421M, LE4421 and LE4423.

Borealis, with its Stenungsund production site, is the only polyethylene (PE) producer in Sweden. With 1,000 employees, Stenungsund is the largest industrial employer and is located 50km north of Gothenburg.

Borealis has a PE plant, an ethylene and propylene production cracker, and an R&D innovation centre focused on infrastructure markets in Sweden. A €370m investment for the new LDPE plant at Stenungsund was announced by the company in 2007.

The 350,000t-a-year high-pressure LDPE plant enhances the wire and cable products range of the company. The plant has been built as an addition to a €42m cross-linkable polyethylene (XLPE) production upgrade, which began operations at the end of 2009.

The Stenungsund facilities were constructed by maintaining a closed-loop operation process to avoid any impurities. The new plant contains 800km of cable, 100km of pipe and 4,500t of steel. The total length of the reactor is 3km. The pressure in the reactor reaches up to 2,800bar and the temperature up to 300°C. LD5 has a total of 24 storage silos. The volume of each silo is 1,150m³. The plant is designed and constructed with the highest wire and cable quality standards. During peak construction time, about 1,100 contractors worked on the site.

The Borealis cracker plant at Stenungsund is the most flexible of its kind in Europe. The cracker has an annual capacity of 620,000t with main products being propylene and ethylene. The feedstock is used to produce low-density polyethylene (LDPE), high-density polyethylene (HDPE) and Borstar PE products for wire and cable and pipe applications.

“Borealis, with its Stenungsund production site, is the only polyethylene (PE) producer in Sweden.”

The LDPE plant uses Borealis’s proprietary wire and cable cross linked polyethylene technology. It was developed from the LyondellBasell technology used in Stenungsund over the last 40 years. The new plant increases the flexible feedstock with integration of olefin and polyolefin.

The polymerisation process uses ethylene feedstock from Borealis’s own cracker facility which is also located in Stenungsund, Sweden.

In a high-pressure polymerisation process LDPE polymers are designed for specific applications and are delivered to customers in the plastics converting industry, usually as 2mm to 3mm particles. These are pellets or granules packed in bags or in bulk.

Emissions from the Stenungsund polyolefins production will remain at the same level despite higher production rates. Due to an increased level of heat recycling, the overall energy efficiency will improve by 25%. The surplus steam from the plant will be sent to the district heating system, fulfilling 40% of the city’s heating needs. During September 2009, approximately 800 houses in Stenungsund were heated by Borealis.