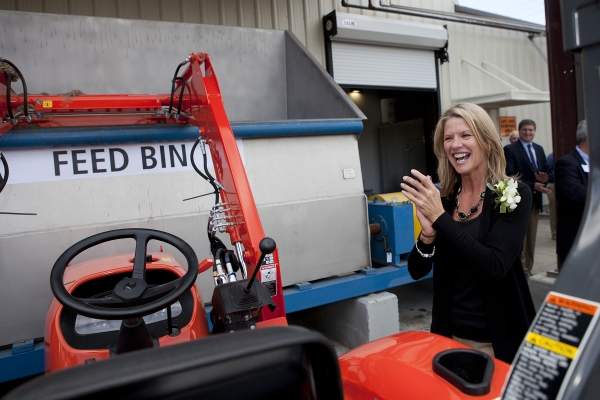 State Rep. Debbie Mayfield during the dedication ceremony for the Stan Mayfield Biorefinery pilot plant in Perry, Florida. Image courtesy of the Institute of Food and Agricultural Sciences – University of Florida. 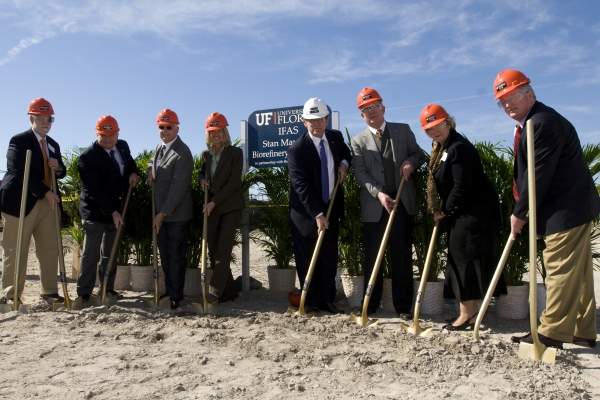 Officials from the University of Florida, Buckeye Technologies and the Florida Legislature during the groundbreaking ceremony for the Stan Mayfield Biorefinery pilot plant in Perry, in March 2010. Image courtesy of the Institute of Food and Agricultural Sciences – University of Florida. 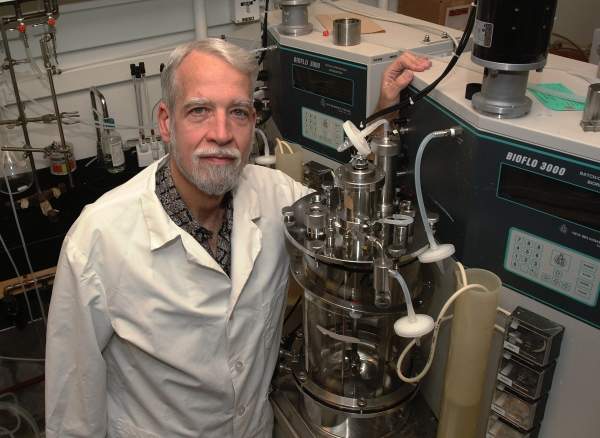 Dr. Lonnie Ingram, who developed the genetically altered bacterium used at the plant. Image courtesy of the Institute of Food and Agricultural Sciences – University of Florida. 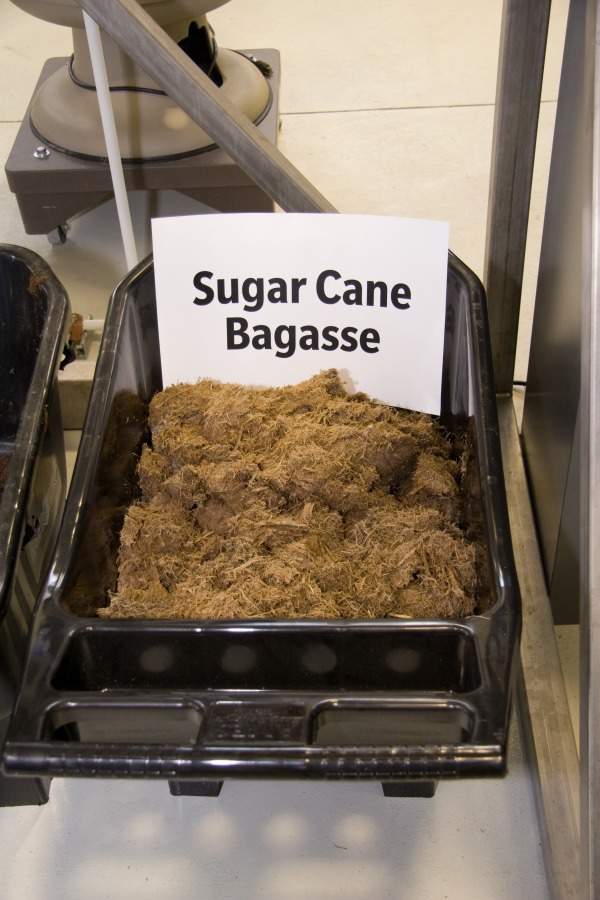 UF / IFAS will operate the pilot plant as a satellite laboratory to research and produce fuel ethanol from inedible plant materials. Image of sugarcane bagasse. Image courtesy of the Institute of Food and Agricultural Sciences – University of Florida.

Stan Mayfield Biorefinery Pilot Plant is being built at the Buckeye Pulp and Paper Plant in Perry, in the state of Florida, US. It is a cooperative venture between Buckeye Technologies and the University of Florida’s Institute of Food and Agricultural Sciences (UF / IFAS).

The facility is named after the late Stan Mayfield, a former university graduate and a member of the Florida House of Representatives, who was responsible in securing funds of $20m from the Florida Legislature for the project.

The Stan Mayfield biorefinery will enable the UF researchers to conduct multifaceted research, test and develop economical ways to produce bioethanol and its derivatives from non-edible parts of plants and other biomass. UF has also been operating a cellulosic biofuels pilot plant at Rogers Hall for the development of bioconversion processes, since October 2008.

Groundbreaking ceremony of the Perry pilot plant facility was held in March 2010. It was commissioned in January 2012 and the construction works were completed in February 2012.

Testing of the systems and equipment will be completed by August, while the Metso pre-treatment system will be tested in December 2012. The plant will be fully operational in August 2013.

The 18,500ft² demonstration-scale project is envisaged as a close to industrial-scale capacity facility. It is built on the Buckeye Cellulose site in Taylor County, Florida.

Buckeye Technologies provides all the required services, utilities and raw materials for the plant operations. The Institute of Food and Agricultural Sciences owns and operates the plant.

Diversified Ethanol Corp., a wholly-owned subsidiary of Greenbelt Resources, is providing dehydration and distillation systems for the facility.

The plant is designed to have a production capacity of about 400 gallons of bioethanol a day. It can also produce about 5,000lb/day of organic acids, which in turn are used to produce bioplastics. The by-product lignin is used to make fertilisers.

The Stan Mayfield biorefinery can use a wide range of cellulosic biomass such as green wastes and crop residues. It can process about three tons of biomass such as sugarcane bagasse, Buckeye materials, or about five tons of wood a day. The site has readily available infrastructure to facilitate delivery of feedstock by truck and train.

Technology and processing at the Stan Mayfield biorefinery pilot plant

The research facility is based on a technology developed by Lonnie Ingram, a professor of cell science and microbiology and the director of the Florida Center for Renewable Chemicals and Fuels. He has developed genetically modified E. coli bacterium.

"The Stan Mayfield biorefinery can use a wide range of cellulosic biomass such as green wastes and crop residues."

The chemically-engineered bacteria breaks down the hemicellulose (sugars) in cellulosic feedstock through saccharification. The sugars are processed to produce fuel-grade ethanol and chemicals through metabolic conversion.

The cellulosic ethanol production technologies developed by the university have been licensed to companies such as Verenium Corporation and Myriant Technologies.

The pilot project is being supported by Vercipia, the US Department of Energy (DOE) Basic Energy Sciences, the DOE Energy Efficiency and Renewable Energy (EERE) and US Department of Agriculture.

The Stan Mayfield biorefinery was designed by Ford, Bacon & Davis. Whiting-Turner Contracting Company was the general contractor. The university was responsible for the project management.

The US DOE has set its goals to source about one-third of the nation’s fuel requirements from renewable and plant resources, by the year 2030. Cellulosic ethanol will become an alternative to the petrochemical products produced from fossil fuels and reduce dependency on imports. The cellulosic ethanol demonstration facilities that use the UF developed technology processes are operational in Japan and Louisiana.

The biofuels are also expected to cut down carbon emissions by about 86% when compared with petroleum products. The biodegradable plastics produced from cellulosic resources will further contribute to the reduction of green house gas emissions.