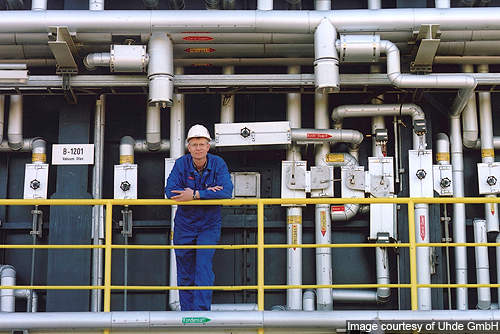 Uhde was responsible for the engineering, equipment supply, construction and commissioning of the Sohar granulation urea plant. 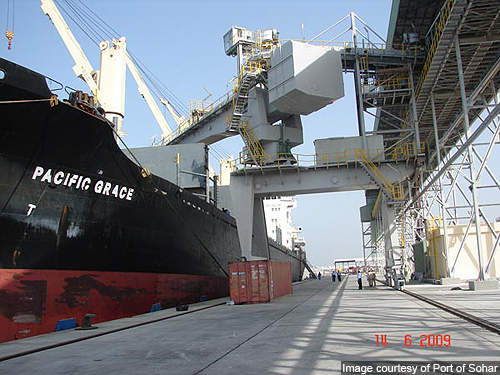 The first shipment from the SIUCI complex was made to Australia from at the Port of Sohar. 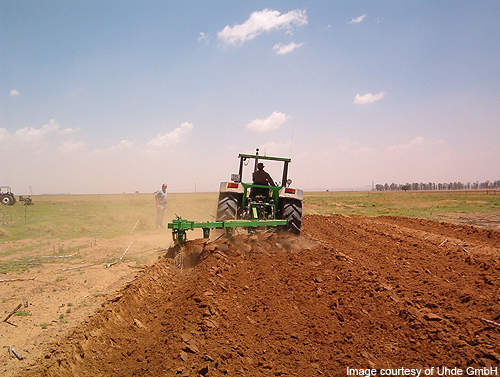 The granular urea produced at SIUCI is in demand in the Asian agriculture market.

Sohar International Urea & Chemical Industries (SIUCI) began production at its new fertiliser complex in Oman in May 2009. The complex is located in the Sohar industrial port area, about 250km from the capital city Muscat.

An investment of $638m was made in the Sohar fertiliser project, which has an annual production capacity of more than 1.2mt of granular urea. It is the largest private investment in the GCC countries. SIUCI is a wholly-owned project company of the Suhail Bahwan Group of Sheikh Suhail Salim Bahwan.

The Sohar fertiliser complex is built on a greenfield site and has two granular urea plants in two trains, each with a capacity of 1,750mtpd, and a 2,000mtpd ammonia plant. The facilities at the SIUCI plant include pipelines for natural gas supply, a state-of-the-art control room, quay walls for exports, drainages and roads.

“SIUCI is located in the Sohar industrial port area, about 250km from the capital city Muscat.”

The project includes several supporting offsite facilities including a desalination plant, seawater cooling system, power-generation unit and storage facilities for urea and ammonia. A major seawater intake and outfall facility is constructed at the Sohar Industrial Port area with access to the fertiliser plant for desalination and cooling purposes.

The products from bulk warehouses are transferred directly into ships’ holds through a modern urea ship-loading system. The loading system consists of conveyors, transfer towers and ship loader transports.

In 2002 the front-end engineering and design (FEED) of the Sohar fertiliser complex was contracted to Jacobs Engineering Group. SIUCI signed an off-take agreement with Transamonia in 2002 for selling its total urea production from the fertiliser plant.

In 2005 SIUCI awarded a contract for providing technology of ammonia production to Haldor Topsoe. Snamprogetti was selected to provide urea synthesis technology and Uhde Fertilizer Technology for fluid bed urea granulation technology. The project management of the fertiliser plant was carried out by SIUCI.

The fertiliser plants use natural gas as feedstock. It is extracted and supplied via an overlaid pipeline from Oman. The Omani Ministry of Oil and Gas will supply natural gas to the SIUCI ammonia and urea project at reduced prices for 25 years under an agreement signed in February 2005.

The natural gas at the plant is used to produce ammonia. The ammonia is further converted to urea and granular urea is produced. The final product urea is exported across the globe from a dedicated berth measuring 260m adjacent to the Sohar complex. The granular urea is used as nitrogenous fertiliser.

The plant incorporates technologies from Haldor Topsøe, Snamprogetti and Uhde for producing the fertilisers. Uhde, through its proprietary process technology, was responsible for the engineering, equipment supply, construction and commissioning of the granulation urea plant. Johnson Matthey, previously Synetix, a division of ICI, is the catalyst supplier for the Uhde plant.

The Uhde process is claimed to be energy efficient and environmentally friendly, and is built under a licence from Stamicarbon. The granulation unit is based on Hydro Fertilizer Technology’s process, which is green, and provides consistent and hard urea granules.

Equity capital of $184.8m was funded by Suhail Bahwan Group and the remaining $431.3m was sourced through loans from the Hongkong and Shanghai Banking Corporation (HSBC) and the Japan Bank for International Co-operation (JBIC). Nippon Export and Investment Insurance (NEXI) is the insurance policy provider for the financial adviser, HSBC.

In June 2009, the first shipment of the urea products was made to Australia from the SIUCI Terminal, a dedicated berth at the Port of Sohar. The granular urea products will be exported to the Asian and western countries which have huge market.