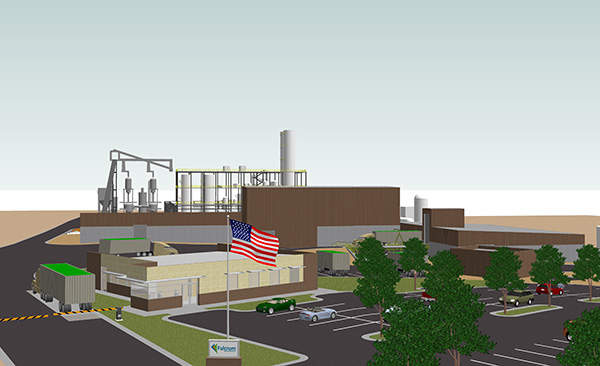 The Sierra Biofuels Plant is expected to start production in 2015. Image courtesy of Fulcrum BioEnergy. 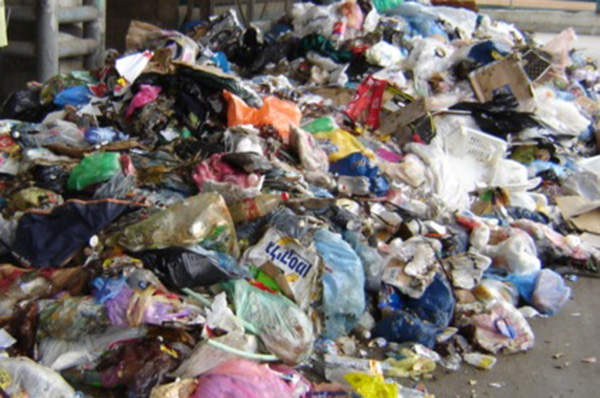 The biofuels plant will be capable of producing about 10.5 million gallons of low-carbon renewable fuel per annum by processing 90,000t of municipal solid waste. Image courtesy of Alex Marshall 2004, Clarke Energy Ltd. 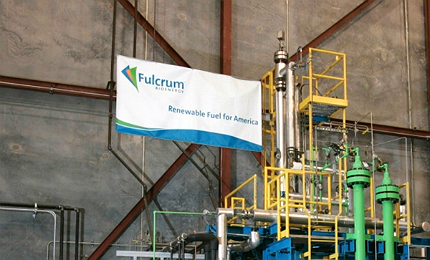 Sierra Biofuels Plant is a municipal solid waste (MSW) to biofuels project being developed by Fulcrum BioEnergy. The new plant, located in the Tahoe-Reno Industrial Center (TRIC), in the city of McCarran in Nevada, is expected to start production in 2015.

Initial preparatory works for the project commenced in early 2010 and the engineering, procurement and construction (EPC) contract to Fluor was awarded in September 2011. The new plant will be designed to accommodate future expansions.

The total investment for the construction of the plant is estimated to reach $120m. The project is expected to generate about 50 permanent jobs and about 450 temporary jobs.

The biofuels plant will be capable of producing about 10.5 million gallons of low-carbon renewable fuel on an annual basis by processing 90,000t of MSW.

The facility will also produce propanol, a chemical product used as an industrial solvent and chemical intermediate. The products from the plant will serve motorists in northern Nevada and California.

The plant will generate 16MW of renewable electricity using the heat generated during the process. The technologies implemented at the plant will also cut down greenhouse gas emissions by more than 75% compared to the traditional production of gasoline from oil.

"The biofuels plant will be capable of producing about 10.5 million gallons of low-carbon renewable fuel on an annual basis."

The project was selected by the US Department of Energy (DOE) to advance to the final phase of DOE’s Loan Guarantee Program in December 2011. The company, in January 2011, completed a Series C financing worth $75m for the project.

The project also received a conditional commitment for a loan guarantee of $105m from the US Department of Agriculture in August 2012. It secured the commitments in November 2012.

The MSW feedstock for the plant will be supplied by Waste Management of Nevada, for a period of 15 years. Waste Connections will also supply the feedstock from its waste processing facility in El Dorado County, California. The fuel off-take agreement for the project was negotiated by the company with Tenaska BioFuels.

"The project also received a conditional commitment for a loan guarantee of $105m from the US Department of Agriculture."

The process technology for the plant will involve the purification and processing of MSW using the Fischer-Tropsch process to produce jet fuel or diesel. It will incorporate the company’s patented alcohol synthesis process to produce ethanol.

The process technology will involve three stages where the materials processing facility will initially prepare the MSW for fuels process. The second stage will involve the conversion of the feedstock to synthesis gas using the steam reforming gasification system.

The final step will witness the conversion of the synthesis gas to low-carbon renewable fuel using the Fischer-Tropsch process or the company’s patented alcohol synthesis process to produce ethanol.

Fulcrum BioEnergy is based in Pleasanton, California. The company plans to carry out projects in about 20 states with the aim of producing one billion gallons of ethanol on an annual basis by 2018.

The company currently has projects in various stages of development throughout North America with a capacity to produce 700 million gallons of renewable fuel and remove more than 13 million tonnes of garbage from landfills per year.

The company announced its capability for commercially producing renewable energy from its demonstration plant in September 2009. The demonstration plant, known as TurningPoint Ethanol Demonstration Plant, incorporates a full-scale reactor tube and process identical to the tubes that will be utilised in the company’s large-scale plants.

Algenol Biofuels is constructing an integrated algae-based pilot-scale biorefinery in Lee County, in the state of Florida in the US.

In May 2011 AE Biofules restarted operations of an ethanol plant in Keyes, California in US.