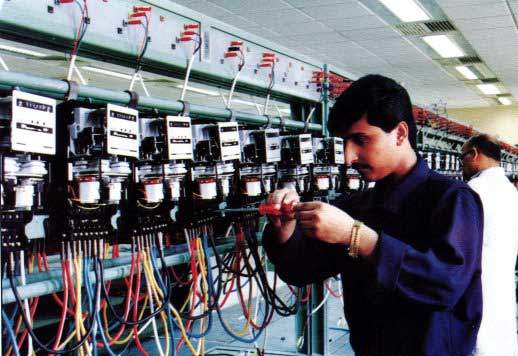 Shuaiba, in Kuwait, is a major petrochemical development centre. It has been the focus of more than one project by Union Carbide (now owned wholly by Dow Chemicals) and Petrochemical Industries Corporation (PIC) over a period of years, as well as activity by other companies.

PIC has been implementing plans for an extended aromatics complex. Production capacity will be 650,000t/yr of benzene and paraxylene, and 500,000t/yr of monomers. The feedstock will be 1.9 million tonnes per year of naphtha, which will be supplied by the Kuwait National Petroleum Company. Production is due to begin in 2005. The plant is estimated to cost $1.4 billion. The company has had the go-ahead from the Kuwaiti government for a grassroots aromatics plant, despite the difficult market conditions which affected aromatics from 1998-9.

Equate is a joint venture in which Union Carbide has a 45% share. PIC also owns 45% of the shares. The rest belongs to Bubiyan Petrochemicals Corporation, which is publicly listed. These companies own the Shuaiba olefins complex, which began production in 1997. They also own the polypropylene plant, which was constructed at a cost of $166 million by Toyo Engineering mainly to provide feedstock for the olefins plant. Toyo’s contract also included maintenance.

There is also a possibility of a new olefins plant, affiliated with Equate. Were the ethylene cracker, tentatively known as "Equate 2," to be added, it would be likely to be integrated with the aromatics complex. This project, which would include a 850,000t/yr ethylene plant, is expected to cost $2 billion. Kuwait National Petroleum Co (KNPC) owns the adjacent refinery, which provides feedstock to the petrochemical complex.

Under a three-year contract that ran up to 2000, most of the present Equate plant’s output was marketed abroad by a local subsidiary of Fritz Companies of the USA. The local unit is a joint venture with a Kuwaiti firm called Gulf Maritime General Trading & Contracting Company.

After awarding an $85 million contract to Italy’s Tecnimont to expand one of its urea units to 1,750t/day from 1,100t/day, PIC also plans to raise capacity at two other units at its Shuaiba fertiliser complex to 2,000t/day and 880t/day. The new methanol plant and ammonia unit were completed at the end of 2001. Tecnimont will have Urea Plant B completed by the end of 2002. Much of Tecnimont’s activity was geared towards de-bottlenecking the plant using Stamicarbon technology.

Kuwait may also see capacity go up at an 800t/day ammonia unit in the Shuaiba fertiliser complex. The new capacity level will be 2,000t/day. The project is estimated to cost $113 million. Haldor Topsoe is providing the processing technology for the ammonia unit. Germany’s Krupp Uhde, Tecnimont of Italy, and a joint venture consisting of Foster Wheeler of France and the Hyundai Engineering and Construction Company of South Korea submitted bids to PIC for the upgrading and expansion of a fertiliser complex producing urea, although these have not been awarded yet.

Petrochemical Industries Corporation (PIC) is a state-owned petrochemical corporation. Its intermediate owner is the Kuwait Petroleum Corporation (KPC). It has about 1,200 employees. The Kuwaiti firm is presently engaged in a $2.2 billion programme of petrochemical investment. This is likely to continue whatever political difficulties affect the government of the day.