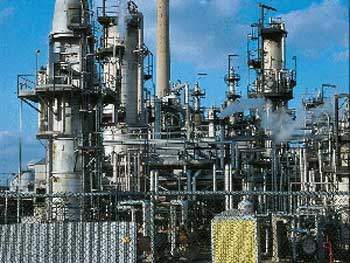 The new plant expands Sasol's range of oxygenated solvents, allowing the company to concentrate on higher value-added products since commoditised solvents are declining in price. 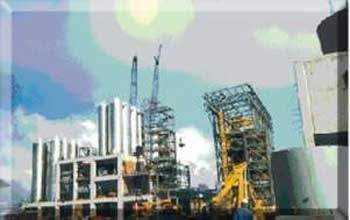 The owner of the new plants is the Sasol group, a long established South African company. Sasol Chemical Industries (SCI), a sub division, is seeing substantial investment, despite a decline in profitability in 1999. Much of this is centred on one of the firm’s South African sites, at Secunda. A total of five plants have been built, at a cost of about Rand 1,504 million (about $235 million) in the first phase . The last plant was completed in July 2001.

In addition to chemicals work, Sasol has commissioned a new-process control system on the sulphur-recovery units in their coal conversion plants.

Sasol has built a high-purity ethanol plant at Secunda in South Africa, using Kvaerner’s Process Technology (KPT). Ethyl acetate is produced by dehydrogenating the ethanol, supplied by other plants in the complex, and removing the carbonyls. The ethanol dehydration plant cost Rand 300 million (about $47 million). The plant was commissioned in late September 1999, two weeks ahead of schedule. The new plant’s capacity is 85,000t/yr. The end products will be marketed by Sasol Solvents, a division of the parent company.

The n-butanol plant has cost Rand 825 million (about $129 million). The plant opened in 2001, and has a capacity of 150,000t/yr. Mitsubishi was awarded a contract to install their proprietary hydroformylation technology. Sasol Solvents will market the output.

Sasol is expected to continue this strategy by developing an acrylic acid plant at Secunda or Sasolberg in partnership with Mitsubishi Chemical. The company is also constructing a 900-mile pipeline from a gas field in Mozambique to Secunda at a cost of $1.7 billion.

It hopes that captive volumes of ethanol and n-butanol will help Sasol become a significant producer of ethyl acrylate and butyl acrylate mainly for export. Sasol Solvents currently exports almost two thirds of its output to more than 80 countries. This proportion can only increase. Sasol has opened offices in Dubai and in the north-eastern USA. It could be useful for Sasol to exploit Mitsubishi’s global sales and marketing network.

Reports suggest that in addition to units for the production of n-butyl acrylate, ethyl acrylate and glacial acrylic acid the complex will include an acrylate acid factory. This will cost roughly Rand 900 million (about $140 million),
and go into commercial production in 2003.

The new plant expands Sasol’s range of oxygenated solvents, allowing the company to concentrate on higher value-added products since commoditised solvents are declining in price. This shift in focus is encouraged
by the low prices of commodities in world markets, which hits primary producers hardest. The other side of SCI’s counteraction – lowering costs – also encourages building at Secunda. Having plants at one site should encourage
economies of scale, for instance in transport costs. It also guarantees the availability and cheapness of feedstocks.