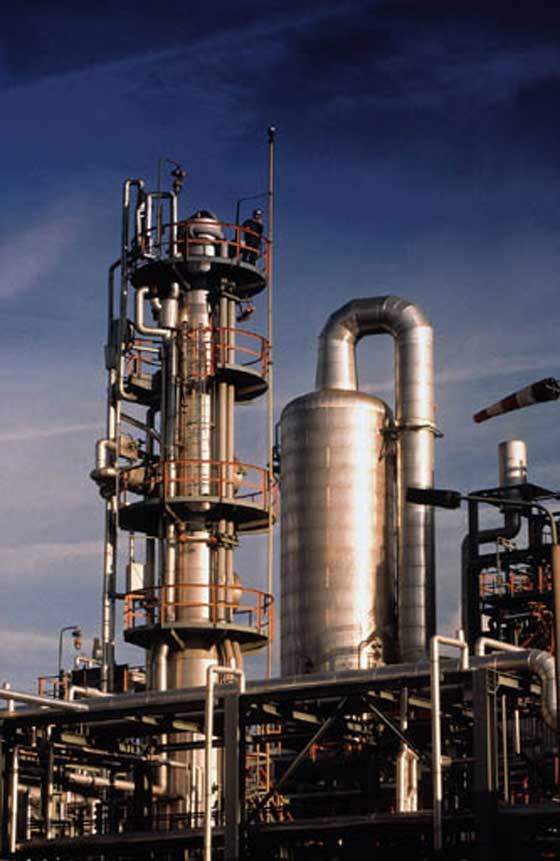 European Vinyls Corporation (Deutschland) GmbH (EVC) and Buna Sow Leuna Olefinverbund GmbH (BSL) agreed that EVC would construct a new polyvinyl chloride (PVC) plant at Schkopau as well as acquiring BSL’s existing PVC assets. The agreement was completed in the first quarter of 1998. The start up, which occurred in the first half of 2000, was ahead of schedule. The upgrade and the new plant has boosted the site’s PVC capacity to 330,000t/yr. The project cost about Deutsch Mark 100 million ($60 million). It generated more than 100 jobs in an underdeveloped part of Germany.

The existing 85,000t/yr S-PVC line at Schkopau, was successfully retrofitted with EVC’s own high-efficiency technology and a new plant control computer system was installed, helping to boost plant performance. Construction of the new S-PVC line at Schkopau proceeded according to schedule, with mechanical completion in December 1999. European Vinyls Corp. started production on 11 March 2000, at the expanded 280,000t/yr PVC suspension unit, the plant reached full operating rates in May. Mechanical completion of the upgraded site took place at the end of 1999, with an improvement in the efficiency of the existing 85,000t/yr line and the building of a new 180,000t/yr plant. The plant’s capacity to produce emulsion PVC has also been up-rated, from 40,000 to 50,000t/yr.

EVC also develops and licenses the technologies associated with the key manufacturing processes, a field in which it is a global leader. The technology license arm of EVC’s business is Inovyl. In 1999, EVC International NV, and Bechtel signed an alliance agreement to market technology and build industrial plants for the production of vinyl chloride monomer (VCM) from ethane.

European Vinyls Corporation (EVC) is one of Europe’s leading Polyvinyl Chloride (PVC) manufacturers. EVC’s activities are vertically integrated through most of the PVC manufacturing chain and include the manufacture of EDC (ethylene dichloride), VCM (Vinyl Chloride Monomer), which is the monomer used to produce PVC, PVC resins, compounds and rigid films. The group’s production capacity now stands at 1.4 million tonnes per year of PVC resins and 1.1 million tonnes per year of VCM.

For the EVC Group, the investment at Schkopau was a direct fit with the company’s business growth strategy for PVC, helping EVC to position itself for growth in the emerging Eastern European market. At the same time, EVC become the major customer for Vinyl Chloride Monomer (VCM), a feedstock to PVC, produced at BSL’s Schkopau plant. EVC also acquired Dow Chemical’s subsidiary BSL’s previously existing PVC business, and constructed a new 180,000t/yr PVC unit that came on stream in 2000. The takeover of BSL’s business went smoothly. The access to Dow’s on-site partnership and the site’s location, in terms of Europe and access to eastern markets, were the key factors for EVC’s investment decision.

Within the “Chemical Triangle” of the Halle-Leipzig region in the eastern part of Germany, Dow Chemical pushed a major investment that attracted a range of chemical industry partners. A location in the heart of Europe and on the doorstep of the rapidly growing markets in the former Communist countries of eastern Europe is a significant additional attraction. There are 400 million consumers living east of Leipzig. EVC is the biggest single partner at what is known as ‘Valuepark’ and invested Deutsch Mark 110 million ($60 million) at Schkopau.