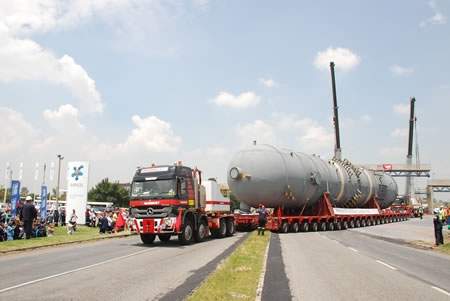 The first phase of the FTWEP was commissioned in June 2015. Image courtesy of Sasol. 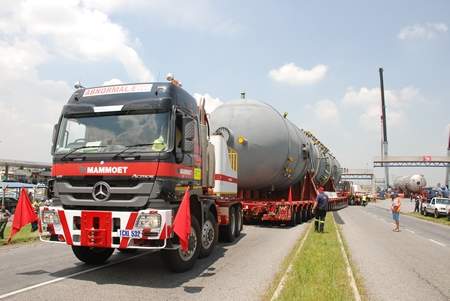 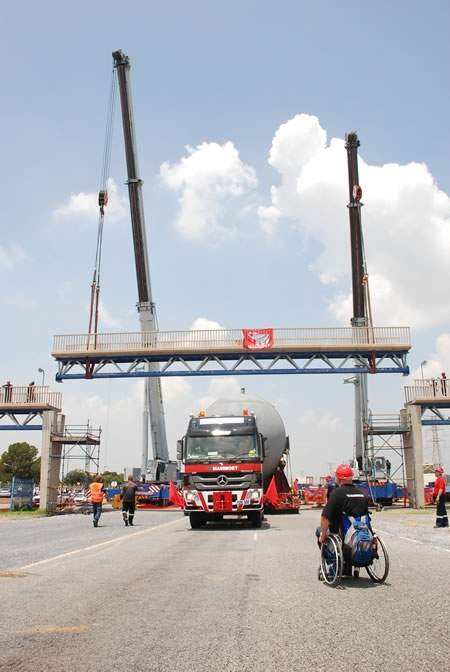 Arrival of the 7.7m-high, 712t wax reactor and quench tower to the Sasolburg Sasol One site, in February 2011. Image courtesy of Sasol. 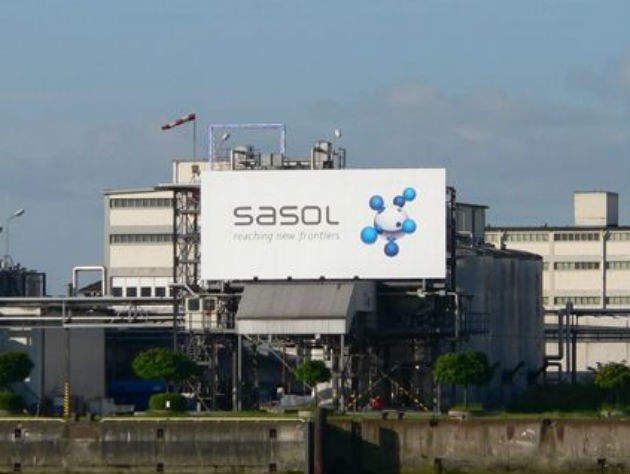 Sasol Wax is expanding its hard wax production facility at its Sasolburg Sasol One site, near Johannesburg in South Africa. The plant produces about 200,000t of hard waxes, medium waxes, liquid paraffins and waxy oils.

"Sasol Wax is a subsidiary of Sasol, one of the leading chemicals and synthetic liquid fuels producers in the country."

Named the Fischer-Tropsch wax expansion project (FTWEP), it is part of the company’s plans to double its hard waxes capacity at the site and significantly increase production of medium waxes and liquid paraffins.

The ZAR13.6bn ($1.11bn) expansion created approximately 5,500 construction jobs and 450 engineering positions during phase 1, which was commissioned in June 2015.

In South Africa, the medium waxes are used for candles, while paraffin waxes are used in various chemical applications such as polymers, bitumen modifiers, hot melt adhesives and printing inks.

They are also used in the construction, packaging, paper, personal care and tyre industries. The wax market is projected to grow significantly in future and the expansion will meet the demand.

Sasol Wax is a subsidiary of Sasol, one of the leading chemicals and synthetic liquid fuels producers in the country. It has production facilities for petroleum derived and synthetic waxes in Europe, South Africa and North America.

The first coal-to-liquid synthetic fuel plant at Sasolburg was built in 1950. The site is also a base for research and development, innovation and technology management.

Sasol’s wax business was a 50:50 joint venture between Sasol Wax and Luxco Wax for ten years from 1998. In March 2008, however, Sasol Wax acquired Luxco Wax’s stake to grow its global market share in the value-added wax applications.

The Fischer-Tropsch wax expansion project was announced in September 2008 and investment was approved in December 2009. The expansion is being performed in two phases. In September 2008, the company spent ZAR558m towards the completion of basic engineering of the first phase and pre-preparation investment for the second phase.

The first phase construction started in March 2010 and was commissioned in June 2015, increasing the site capacity by 40%.

The second phase, which is expected to be operational in 2017, will generate approximately 3,500 jobs during construction.

The power, water and steam utilities on the brownfield site are aligned to facilitate the expansion. The Department of Labour in Sasolburg hires workers during the construction phase. The skilled and semi-skilled workforce is employed from and around the Metsimaholo area in Sasolburg.

The plant uses the proprietary Fischer-Tropsch technology of Sasol for converting natural gas into waxes. The feedstock is sourced from Mozambique through pipelines.

"The phase I has created approximately 5,500 jobs during construction and also recruited 450 engineers."

The plant will be equipped with two Fischer-Tropsch units. The 7.7m-high, 712t wax reactor and quench tower arrived at the site in February 2011.

The production process involves reaction of hydrogen and carbon monoxide under a controlled environment for consistent quality. The wax is made of saturated and straight chain of hydrocarbons.

Linear structures of up to C100 provide Fischer-Tropsch wax with its physical properties and chemical characteristics, such as low viscosity, hardness and high-melting points for high-performance in different applications. It is free from nitrogen, sulphur and aromatics.

Different grades of Fischer-Tropsch waxes are produced by varying the micronisation, fractionation and modification processes. These synthetic waxes are marketed under the brand name Sasol Wax.

Foster Wheeler South Africa was contracted for providing front-end engineering designs (FEED) for the Sasol Wax expansion project in November 2008. The FEED was completed in the fourth quarter of 2009.

In April 2009, Energy & Chemicals Group, a subsidiary of The Shaw Group, was selected for providing basic engineering support for the two wax production units. The company designs the proprietary equipment and optimises the technology.

The engineering, procurement and construction management (EPCM) contract was awarded to Global Engineering and Construction, a subsidiary of Foster Wheeler, in March 2010.

In February 2011, the Cosira Group was selected as the structural engineer for fabricating, supplying and erecting 1,500t of steel for structure and floor grating.

Heaton Valves Africa is the valves supplier. Turner & Townsend is the client’s consultant.