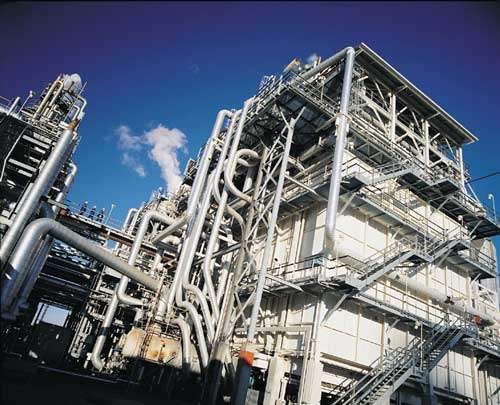 Shell chose its existing Scotford site as the location of the ethylene glycol plant. 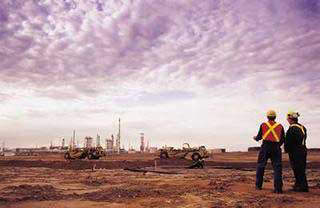 The Fort Saskatchewan area is also the site of a major oil sands project by Shell. 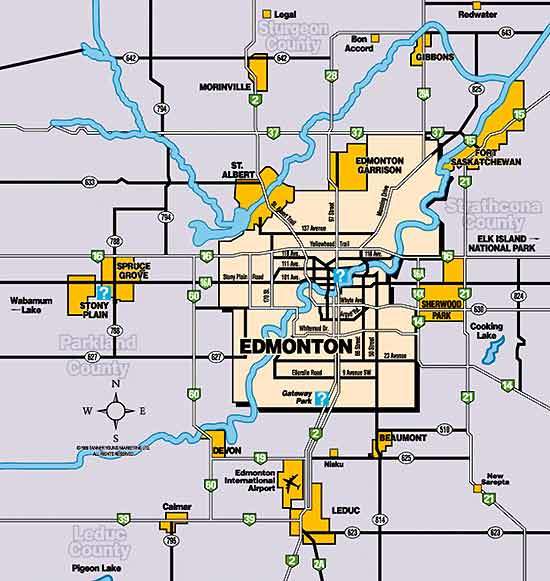 Fort Saskatchewan is close to Edmonton, in western Canada.

The facility will help Shell Chemicals stay abreast of world demand for ethylene glycol that has been racing ahead at 6% per annum in recent years. The substance is used in the manufacture of polyester fibres, resins and antifreeze.

Shell was determined that the plant would be “a world-scale facility” that would complement Shell’s global ethylene glycol manufacturing capability. The plant, located at the company’s existing Scotford manufacturing site outside Fort Saskatchewan, became operational in 2000 and produces 400,000 tonnes of ethylene glycol annually. The plant has a permanent workforce of 20 to 40 people and employed 250 during the construction period.

The plant will serve the North American and Pacific Rim markets, and timed the project start-up to meet increasing demand from customers in these regions.

The Canadian production plant is 100% owned by Shell Chemicals. The site extends for about 160 hectares and involved an overall investment of approximately $520 millions. The adjoining sites to the facility are the Shell Canada Scotford Refinery, the Canadian Oxyvinye and Air Liquide (added in 2000). Shell Chemicals Canada went ahead with plans for an 880-million-pound ethylene glycol plant to be on stream in 2000. Mitsubishi, which planned to take a 25% stake in the facility, withdrew from the project.

The Scotford plant design has been specifically engineered in order to meet Shell’s climate change strategy. This has led to a large decrease in anticipated carbon dioxide emissions when compared to the original design. The reduction is equivalent to about a quarter of a million tons in terms of annualised emissions.

Shell has also been able to recycle some of its carbon dioxide emissions by selling them to a nearby Air Liquide plant. The amount used is expected to reach 62,000 tons/year. Air Liquide uses the carbon dioxide to carbonate soft drinks. In return Shell is supplied with steam and electricity by Air Liquide, who specialize in industrial and medical gases and related services.

OTHER SHELL PROJECTS IN THE SCOTFORD AREA

Shell is also involved in an attempt to derive hydrocarbon resources from oil sands, the upgrading of Shell’s Scotford crude oil upgrading facility and building a new upgrader next to it.