EPC Contractor for the Cracker 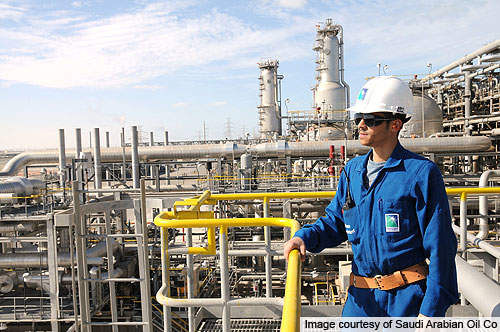 The fully integrated complex will consist of 26 chemical manufacturing units and be one of the largest of its kind in the world. 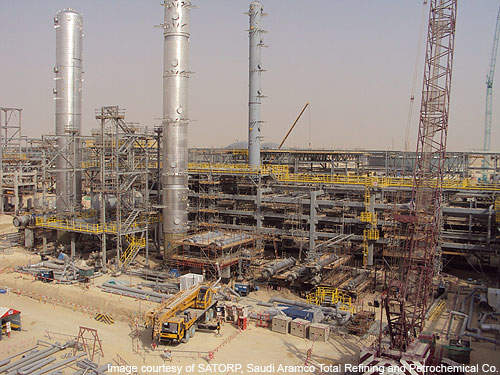 The project is expected to generate thousands of direct and indirect jobs and attract several downstream investments. 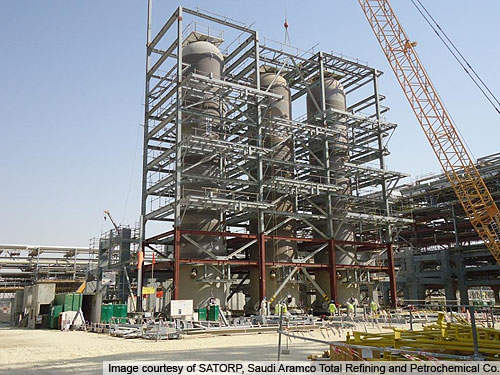 Dow and Saudi Aramco have been planning to establish and operate a world scale complex since 2007. 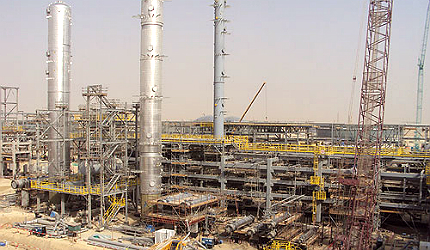 Sadara Chemical Company is developing one of the world’s largest chemicals complexes in Jubail Industrial City in Al Sharqiya, Saudi Arabia. It will be located about 100km north-west of the city of Dammam.

"The fully integrated complex will consist of 26 chemical manufacturing units and be one of the largest of its kind in the world."

The fully-integrated complex will consist of 26 chemical manufacturing units and be one of the largest of its kind in the world. It will produce about 1.5 million tons per annum (mtpa) of ethylene and approximately 400,000tpa of propylene.

These chemicals are used in the manufacturing of consumer goods, energy, transportation, packaging, electronics and furniture industries. The project is estimated to cost $20bn.

Ownership of the Saudi Arabian complex

The Jubail integrated chemical complex will be owned and operated by Sadara Chemical Company, a joint venture between The Dow Chemical Company (Dow) and the state oil firm Saudi Aramco.

Dow and Saudi Aramco have been planning to establish and operate a world-scale complex since 2007.

"The Sadara complex is being built as part of Saudi Aramco’s strategy to grow in the downstream markets."

The facility was planned to be located in Ras Tanura, but was later cancelled due to technical and financial difficulties. An extensive feasibility study and front-end engineering and design (FEED) were carried out before the final approval to build the complex at Al-Jubail was received in July 2011. The FEED was completed by KBR.

The Sadara complex is being built as part of Saudi Aramco’s strategy to grow in the downstream markets. The company will oversee the execution and project management of the complex. The products will be marketed by Sadara in the Middle East region.

Dow will supply the industrial processing technologies for the complex. The company will also be responsible for marketing the products in other parts of the world. The planned exports include about 45% to Asia, 10% to Europe and 25% to the Middle East.

The chemicals complex will be the first large-scale project to be constructed in a single phase. Sadara Chemical awarded an engineering, procurement and construction (EPC) contract for the main mixed feed cracker to Daelim of South Korea in July 2011. The contract is valued at $920.3m. The flexible cracker will break the naphtha and ethane feedstock, in order to produce approximately 3mtpa of chemical products and plastics.

Daelim is also reported to be the lowest bidder, against Samsung Engineering, for building parts of the other production units at the Sadara complex. They include analine, methylene di-para phenylene isocyanate (MDI), mononitrobenzene (MNB), toluene di-isocyanate (TDI), formaline and dinitrotoluene (DNT) units.

Fluor was awarded a $2bn EPCM contract in August 2011 for developing all the offsite work and utilities at the site. The scope of work will include development of associated infrastructure and pipework arrangements to allow the construction of the complex.

ABB was selected as the main automation contractor (MAC) for the Sadara chemicals complex in 2011. It also received a contract in April 2014 to deliver shift operations management software solution eSOMS for the complex.

Global Engineering and Construction Group, a unit of Foster Wheeler, was awarded an EPCM contract in February 2012 for a propylene oxide unit. The contract is an extension to the FEED contract awarded in 2008.

Tecnicas Reunidas won an EPC contract to develop the chem-III project as part of the chemical complex in July 2012. It will provide detailed engineering and procurement services for six product plants, as well as auxiliary and control facilities.

Maire Tecnimont was awarded an EPC contract to build a manufacturing plant at the complex.Production from the first unit of the complex, Solution Polyethylene, started in December 2015. All the units are expected to be on-line by 2017.

In February 2016, Metso awarded a contract to provide a range of valve solutions, including automated control and on/off valves, emergency shut-down valves, as well as ball and butterfly valves with intelligent safety solenoid technology.

The complex will use ethane and naphtha derived from oil and natural gas liquids as feedstock. The feedstock is cracked into propylene and ethylene at the cracker units.

The feedstock is supplied from the Saudi Aramco Total Refining and Petrochemical Company’s (SATROP) refinery.

The refinery was fully operational in June 2014. The raw materials will also be sourced from local refineries.

Feedstock for the propylene oxide unit will be supplied by a new hydrogen peroxide plant to be constructed by the 50:50 joint venture of Sadara Chemical and Solvay.

In April 2012, Linde was awarded a long-term contract to supply carbon monoxide, hydrogen and ammonia gases for the chemical complex. These gases will be used in the production of aromatics, amines and hydrogen peroxide. Under the contract, Linde will build a HyCO facility and an ammonia plant with an investment of $380m.

The JUPC complex is centered around a cracker producing one million tonnes per year of ethylene. The complex was built in Jubail Industrial City, Saudi Arabia.