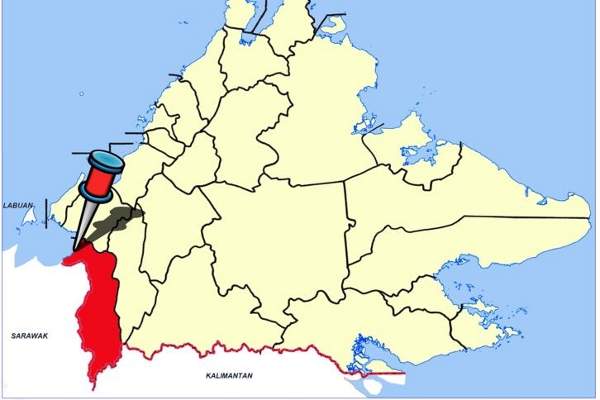 The SAMUR plant is being constructed about 145km southwest of Kota Kitabalu in Sabah. Image courtesy of Cccefalon. 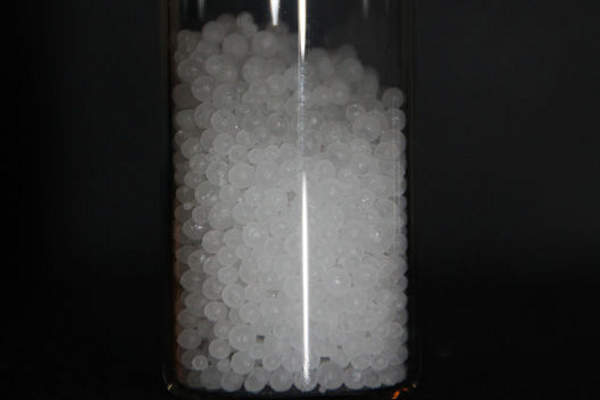 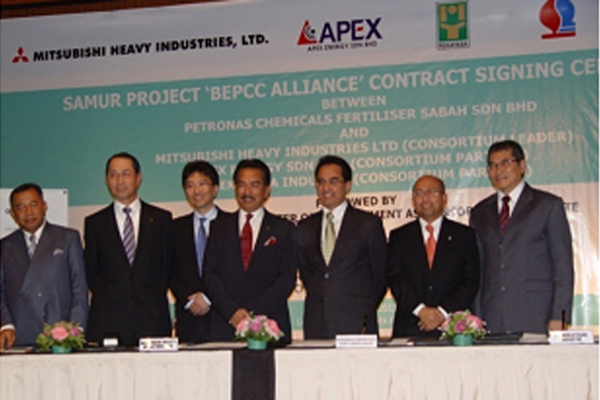 PETRONAS Chemicals Group (PCG), a subsidiary of PETRONAS, broke ground for the Sabah Ammonia Urea (SAMUR) Project in February 2012. The new plant is expected to nearly double the company’s production capacity and position it to become the second biggest urea producer in South East Asia.

The project was announced in June 2011 and the major contract was awarded in June 2011. Up to 50% of the project works were completed by the end of 2013 and commissioning is scheduled for 2015.

"The project was announced in June 2011 and the major contract was awarded in June 2011. Up to 50% of the project works were completed by the end of 2013 and commissioning is scheduled for 2015."

The project, which is being implemented with a budget of approximately RM 4.5bn ($1.5bn) is expected to create approximately 350 to 450 permanent jobs and about 1,000 temporary jobs. Approximately 3,000 to 4,500 people are expected to be involved during peak construction phase.

The project involves the construction of a urea plant, a granulation plant, an ammonia plant, and other ancillary utilities and jetty facilities. The plant will have a production capacity of 1.2million metric tonnes per annum (mmtpa) of granulated urea and 740,000mtpa of liquid ammonia.

The plant is being constructed on a 166 acre site within the 4,065 acre Sipitang Oil & Gas Industrial Park (SOGIP), about 145km southwest of Kota Kitabalu in Sabah.

Processing technologies and feedstock for the Malaysian urea plant

"The project will implement the technology licensed by Uhde Fertilizer Technology for processing granulated urea."

The feedstock for the Samur plant will be the natural gas sourced from PETRONAS’ gas resources offshore Sabah.

Contractors involved with the SAMUR Project

The basic and detailed engineering, procurement, construction and commissioning (BEPCC) alliance contract for the project was awarded to a consortium comprising of Mitsubishi Heavy Industries (MHI), Apex Energy and Pt Rekayasa Industri (Rekind) in October 2011. The consortium has further selected Sabah Energy Corporation (SEC) to act as its associate.

The basic and detailed design work, the procurement of equipment and the dispatch of technical advisors for installation and test operation will be performed by MHI, while the other two partners will carry out certain equipment procurement activities and the construction work.

The RM67.23m ($20.674m) contract for the supply, fabrication and construction of the civil works was awarded to Bina Puri Holdings in November 2013. Under the contract, the company will carry out the foundation works, earthworks, internal drain, concrete works, pipe and masonry works, water proof works, acid, proofing, and other associated works.

Bina Puri Holdings was awarded a contract worth RM22.35m ($6.875m) for the fabrication and construction of building works in June 2013.

PCG is an integrated chemicals producer with an overall production capacity of about 11mmtpa. The company produces chemical products including olefins, polymers, fertilisers, methanol, and other basic chemicals and derivative products.