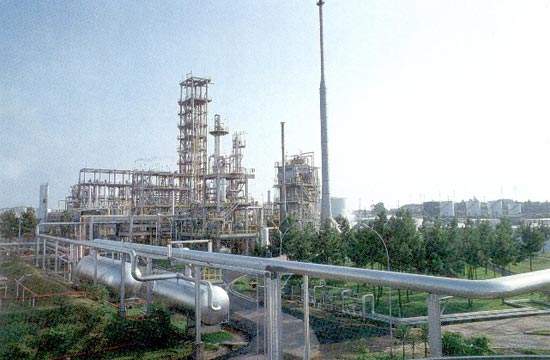 Unipar is one of the shareholders in RioPol. Unipar's operations are concentrated in the Rio-Sao Paulo region of Brazil. This region gives the company good access to its consumer market and raw material suppliers. The new gas-chemical complex will be in close proximity to Unipar's production plants. 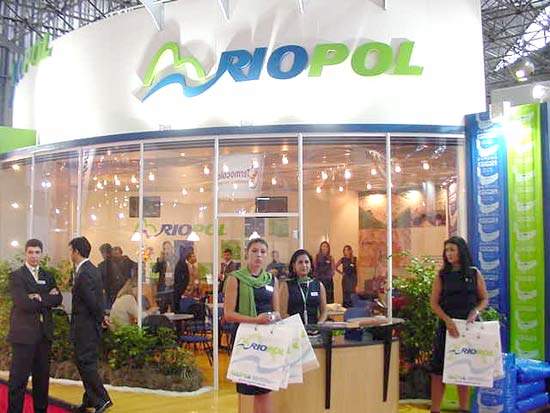 Attending a major industry plastic fair in Brazil, Rio Polimeros has started its marketing campaign. Completion of the chemical complex will mean that Brazil's dependence on imported polyethylene will be reduced.

Riopol’s new petrochemical complex in Duque de Caxias is said to be Latin America’s largest integrated gas-based chemical site. Inaugurated during the second half of 2005, the complex is able to produce 520,000tpa of ethylene, which is used as feedstock for a polyethylene unit with a capacity of 540,000tpa. 75,000tpa of propylene is also made at the site. The propylene will be used by Brazilian polypropylene producer Polibrasil.

Most of the polyethylene (PE) will be used by consumers in the south and southeast regions of Brazil. About 30% of the PE will be exported generating in the region of $100m in foreign currency.

The RioPol complex is being built in the industrial area of Duque de Caxias, in the state of Rio de Janeiro. The production plant is adjacent to the refinery owned by Petrobras, one of the project’s sponsors.

The project has been financed through a 60:40 debt/equity ratio, with over $400 million being provided by the project sponsors and $600 million from non-recourse senior debt. Some $600m of the cost has been met by three companies: BNDES, US Ex-Im Bank and SACE, the Italian export credit agency. It is said that this project marks the first time the US Ex-Im Bank has lent money directly to a project, rather then providing insurance.

ABB acted as financial advisor to the project contractors as well as assisting the project owners with export credit agency commitments and assisting RioPol in conceptual structuring for finance. At the same time the global law firm Clifford Chance acted on all aspects of the project for RioPol. In addition, Taylor-DeJongh, an independent specialist merchant banking firm to the energy, oil, gas and mining sectors, was awarded an advisory role representing the US Ex-Im Bank and SACE on petrochemical project.

In the first quarter of 2000, a consortium comprising ABB Lummus Global of the US and Italy’s Snamprogetti signed a letter of intent with RioPol for the construction of a grass roots petrochemical complex in Brazil. The scope of the contract included technology license, engineering, procurement, construction and commissioning. The order was valued at $650m. During 2001 earth moving and ground works began.

ABB Lummus Global provided the 500,000tpa ethylene production unit, offsites and associated utilities for the production complex. The production unit has been designed so that it can take both ethane and propane as a feedstock. The unit will also be able to process off-gases from the adjacent Petrobras refinery.

ABB’s proprietary ethylene technology is based around its SRT pyrolisis furnace module which is designed for short residence time and low pressure drop. The high capacity furnace features high yields and thermal efficiency and long run lengths between coil decoking. ABB adds that the investment costs associated with its plant are low.

The 540,000tpa polyethylene (PE) plant is being built by Snamprogetti. The facility will incorporate technology licensed from Univation Technologies. The company also provided engineering services. According to Univation its Unipol PE Process and Exxpol metallocene catalyst technology will give RioPol the ability to meet the growing and changing needs of the Latin American market.

Cegelec was awarded a contract, valued at €6.5m, to provide the electrical installation on the RioPol petrochemical complex. The scope of the work includes supervision, labour services, equipment and pre-commissioning for the PE and ethylene plants. Work began in May 2003 and is scheduled to be completed within 15 months.

Cegelec is a global company providing expertise in five business areas including energy and electricity, automation, instrumentation and control and information and communication technologies.

During the second half of 2002, ABB Automation Technologies was awarded a contract to deliver a substation for the RioPol gas chemical complex. The order comprised technical, commercial and financial support as well as installation, commissioning, testing and training services.

During the second half of 2001, Vinmar International announced that it had finalised the long-term off-take of PE from the new RioPol plant. The deal means that Vinmar will market 150,000tpa of PE for the first four years and subsequently between 100,000tpa and 150,000tpa of PE for a further six years. The company has the right to market the material globally, except in the Brazilian market. Vinmar said that the deal is worth $1bn.

Vinmar is a global company involved in the marketing and distribution of chemicals and polymers.

Rio Polimeros was established to develop, build own and operate an integrated ethylene and polyethylene complex. The new complex will be the first fully integrated facility of its kind in Brazil. The ethylene cracker is also the first in Brazil to be based on natural gas feedstock. The project has been in the pipeline since 1998 but delays occurred while financing was finalised and antitrust concerns were looked into.

The Rio Polimeros project financing is the first in Brazil’s petrochemical sector and is said to be one of the few truly limited recourse financings to have closed in Brazil. This is regarded as a significant achievement bearing in mind that much of Latin America has seen significant economic turmoil since the start 2001.