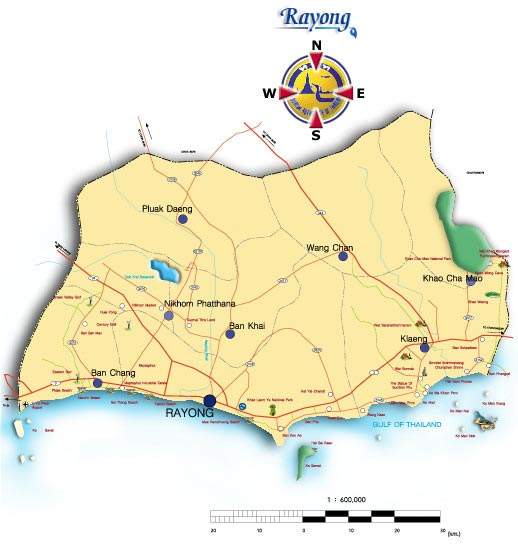 World ethylene production has almost trebled since 1980. The chemical is an essential building block in many processes. 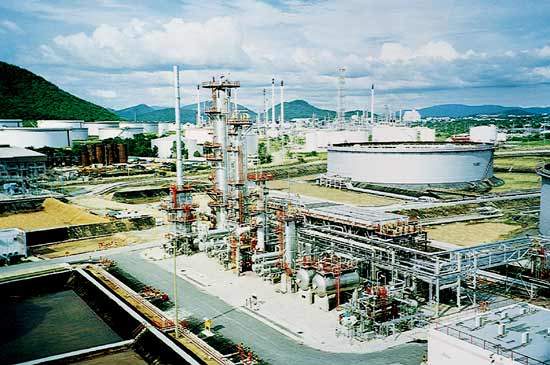 ExxonMobil operates another chemicals plant at Sriracha in Thailand.

In 2000, the consortium of Chiyoda Corporation, Japan and Kellogg Brown & Root (KBR) was awarded the contract from Thai Olefins Co. Ltd. (TOC) for the ethylene plant expansion project at TOC’s facility in Rayong. Thailand. The new plant will integrate with TOC’s existing Map Ta Phut petrochemical complex at Rayong.

The production capacity of the plant is expected to be in the range of 300,000 tonnes/year. The contract covers license, basic design, engineering, procurement, construction and commissioning assistance. The new Rayong plant is based on ethane and LPG feedstock and will expand production at the existing Thai Olefins facility.

Headquartered in Houston, Texas, KBR is an international, technology-based engineering and construction company providing a full spectrum of industry-leading services to the hydrocarbon, chemical, energy, and forest products.

Engineering will be executed at KBR’s offices in Houston, Chiyoda’s offices in Yokohama, and other regional offices. The ethylene plant uses the selective cracking optimum recovery ethylene system (SCORE). This process technology is a principal part of the project’s value.

In recent years, the ethylene industry has seen a drive toward larger furnaces to save capital cost. The new technology primarily centres around the furnace and recovery expertise brought to the table by the respective companies involved. The Exxon LRT furnace design and KBR Millisecond design each addressed this demand for cost-saving furnaces in different ways. The combination provides the potential for even larger furnaces. It may even be possible to limit the number of furnaces to five or six for any capacity unit.

While ExxonMobil will continue to independently develop its own technology, the agreement grants KBR access to future improvements in that package, which already reflects Exxon’s extensive operating experience.

The contract price is approximately $130 million. Mechanical completion of the project will be in 2003, 32 months after signing the contract.

TOC expects a new capital injection from the Petroleum Authority of Thailand, which holds 49% of the company, to finance the expansion of the ethylene complex. Additionally, it expects to rise up to $40 million from an initial public offering of 12-15% of TOC shares, expected in the third quarter. A certain volume of shares would be offered through a private placement at the same time.