Al Jubail will be the location for what is said to be the world's largest integrated petrochemical complex. 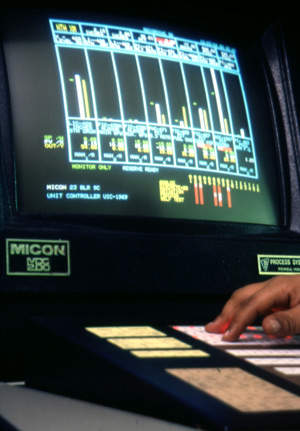 The Dow-Aramco Integrated Project will provide employment for more than 4,000 people and allow Saudi Arabia's chemical sector to become a key enabler of many other future investment in the country.

In August 2010, however, the location of the proposed plant was shifted to Jubail Industrial City 2 in Al Jubail, Al Sharqiyah, Saudi Arabia. The move was necessitated due to the increase in land reclamation costs and congestion at the Ras Tanura site.

The well-developed oil refining sites at Jubail Industrial City will provide integration and infrastructure benefits for the project. Dow and Saudi Aramco each have 50% stake in the project, but a 30% stake will be made available for an initial public offering. The financial advisor for the project is Royal Bank of Scotland.

Construction of the chemical complex is expected to begin in June 2012 with completion scheduled for 2015.

The Dow-Aramco petrochemical complex, which is said to be the world’s largest, will comprise 30 world-scale production plants.

The cost of building the petrochemical complex was estimated to be more than $20bn, but is expected to reduce due to the relocation.

The facility was originally planned with two cracker units from Technip. It is now reduced to one cracker unit. The petrochemicals complex will include an ethane / naphtha steam cracker, aniline-formalin and DNT-nitric facilities, hydrogen, carbon monoxide and ammonia plants, toluene diisocyanate (TDI) and polymeric methylene diphenyl diisocyanate (PMD) and other utilities and offsites.

Units at the Dow-Aramco plant will produce 4mtpa of upstream products including ethylene (1.3mtpa), propylene (400,000tpa), aromatics and chlorine.

Downstream capacity, which was expected to be in excess of 8mtpa, will be downsized due to the relocation. The production will include polyethylene (PE), ethylene oxide (EO), ethylene glycol (EG), propylene oxide (PO), propylene glycol (PG), vinyl chloride monomer, polycarbonate and glycol ethers. They will be used as feedstock for several downstream lines. The Dow Chemical Company will provide the technology licence for the petrochemical complex.

The Dow-Aramco complex was to receive feedstock from Saudi Aramco’s 550,000bpd Ras Tanura refinery, along with natural gas from the company’s gas processing facility in Ju’aymah, Saudi Arabia.

Instead, the feedstock will now be received from an adjacent refinery under construction by a joint venture of Saudi Aramco Total Refining and Petrochemical (Satorp). Additional feedstock will come from the Berri oilfield in Jubail.

In July 2007, Dow Chemical and Saudi Aramco announced that they had awarded KBR the project management contract for the integrated project.

The value of the contract was not disclosed.

The front end engineering and design (FEED) is being conducted by KBR, Jacobs Engineering and Foster Wheeler. The FEED is expected to be completed in mid-2011.

During July 2007 Dow Chemical and Saudi Aramco announced that it had awarded KBR the project management contract for the Ras Tanura Integrated Project. The value of the contract was not disclosed.

The Dow-Aramco Al Jubail Integrated Project continues Saudi Arabia’s push to monetise its natural resources. Once complete, the site will be home to 30 production plants and provide approximately 4,000 jobs.

Saudi Aramco said that the output from the joint venture will spawn other downstream chemical conversion industries.

Output from the complex will be aimed at the export market.