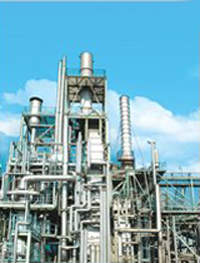 PetroChina Company is one of the largest oil companies in the world. Its core businesses are exploration and production, refining, and chemicals production and marketing. 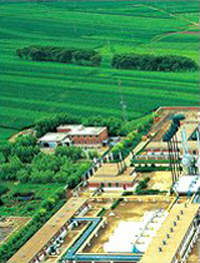 PetroChina completed a feasibility study and environmental impact report for the planned ethylene plant in 2004. 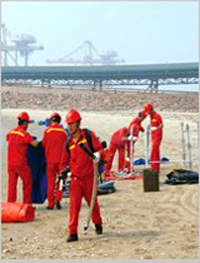 The plant raises production of petrochemicals such as polyethylene to effectively meet heavy demands in the under-supplied south-western region and strengthen PetroChina's position in the petrochemicals market.

In March 2003, PetroChina and the Sichuan Provincial government agreed to jointly develop a petrochemical complex centred on a cracker producing 800,000tpa (tons per annum) of ethylene. By 2004, PetroChina had completed a feasibility study and an environmental impact assessment report. The project received final approval in 2005.

Ground-breaking on the complex took place in the first quarter of 2006 and the construction was completed in December 2012. The petrochemical complex was commissioned in January 2014. The facilities are situated on the outskirts of Chengdu City, Sichuan Province, China.

PetroChina Sichuan Petrochemical Company (PSP) is owned by PetroChina, which has a 51% stake and Chengdu Petrochemical, which owns the remaining 49%.

"Groundbreaking on the complex took place in the first quarter of 2006 and the construction was completed in December 2012."

These butyraldehydes are converted to 2-ethylhexanol and normal and iso-butanol. Butanols are used solvents for coatings and adhesives and 2-ethylhexanol is used to produce plasticisers for PVC.

During 2008, PetroChina Sichuan Petrochemical Company announced that it had selected Dow Technology Licensing’s UNIPOL process technology for its 450,000tpa polypropylene (PP) plant. At the same time, PetroChina Sichuan announced that it had awarded Aker Solutions a contract to provide the process design and technical advisory services or the PP plant.

Dow Technology Licensing said that its technology, along with the advanced catalyst systems provides licensees with the ‘capability to achieve economies of scale and offer differentiated products to customers."

US-based UOP was selected to supply technology and basic engineering for PetroChina Sichuan Petrochemical’s 600,000tpa paraxylene (PX) complex. The facility incorporates UOP’s parex process technology. Demand for paraxylene in China, which is a key ingredient in the production of purified terephthalic acid used to make, amongst other things, plastic bottles, is expected to grow at an annual rate of 11% over the next ten years.

Under the contract, Shell’s EO/EG process and CRI Catalyst Company’s EO catalyst are used in a plant producing 380,000tpa of monoethylene glycol (MEG) and 50,000tpa of ethylene oxide (EO).

The petrochemical complex is the first ever of world scale built in China’s south-western region. Output from the facility will meet the growing demand from consumers located in the region, strengthening PetroChina’s position in the petrochemical market. In addition the complex also helps to boost the local economy, providing employment opportunities.