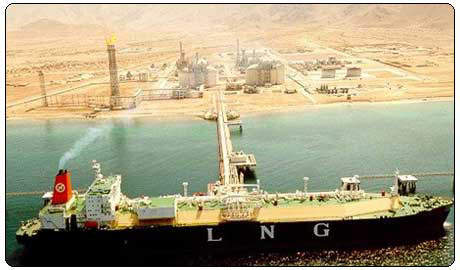 The urea / ammonia production plants are built in Oman at the Sur Industrial Estate. The government of the Sultanate of Oman supplies gas to the project from its Oman LNG plant located in Sur. 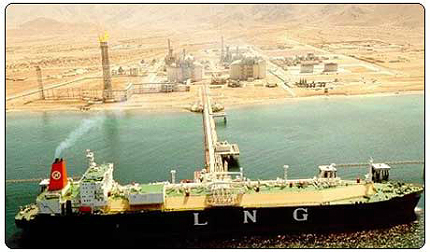 The foundation stone-laying ceremony took place on 1 October 2003. The entire complex was commissioned and production started in May 2005. The fertiliser complex was officially inaugurated in January 2006.

The facility is claimed to be one of the world’s largest grassroots fertiliser complexes. Output is exported to India. In February 2008, Omifco announced a $1bn plant expansion to increase the urea capacity by 510,000t/y to 2.21m t/y. The project is currently in the planning stage and awaits the provision of natural gas feedstock by the Ministry of Oil & Gas.

The funding requirements were met with $320m of equity and $648m of debt. The project financing was also supplemented by Italian and French credit export agencies. The lenders included BNP Paribas, ANZ Investment Bank and Arab Banking Corporation.

"The facility is claimed to be one of the world’s largest grassroots fertiliser complexes."

In the first half of 2002 a 50:50 joint venture between Italy’s Snamprogetti and France’s Technip-Coflexip was awarded a lump sum turnkey contract for the design and construction of the ammonia and urea production complex. Urea granulation units, associated utilities, offsites and marine works were also built. The contract became effective in July 2002.

A major part of the construction was subcontracted to Consolidated Contractors International.

Under the terms of the contract, which was valued at $770m, Snamprogetti and Technip-Coflexip also supplied equipment and materials, construction management and start-up supervision. The two companies also trained Omifco personnel.

In February 2012, the plant was installed with CEM System’s AC20000 security system and AMG’s AMG3700 series transmission solution. The new systems were installed by Majees Technical Services to improve security at the plant.

The ammonia output is based on Haldor Topsoe technology. The unit also includes CO2 removal technology licensed by Giammarco Vetrocoke. The urea units use Snamprogetti technology.

At the beginning of 2003, engineering, procurement and construction conglomerate Larson & Toubro Limited (L&T) announced that it was awarded with a $32.5m contract to supply equipment for the Omifco production complex. The contract was awarded by the Snamprogetti, Technip-Coflexip joint venture.

Critical equipment at the fertiliser complex

Under the terms of the contract L&T’s Heavy Engineering Division was responsible for the design, fabrication and supply of all critical equipment, such as ammonia converters, reformed gas waste heat boiler systems, secondary reformers, ammonia separators and CO2 absorbers and regenerators. The division also supplied high-pressure heat exchangers for the two ammonia plants, as well as two urea reactors.

L&T’s Engineering and Construction division undertook the mechanical design, detailed engineering, manufacturing, supply and testing of two steam reforming furnace packages. This included the convection modules and pressure parts. The equipment was delivered by the end of 2003.

At the beginning of 2003 the joint venture between Snamprogetti and Technip-Coflexip awarded Yokogawa Blue Star Limited (YBL), a process automation company, a contract. The $3.85m, the contract covered the supply of distributed control and emergency shutdown systems, as well as related equipment to the Omifco project.

Supply of feedstock from Oman’s Government

A gas supply agreement was established between the Government of the Sultanate of Oman and Omifco. Under the terms of the agreement the Government of Oman will supply gas to the project for 15 years, at a fixed price for the first ten years and then at a pre-agreed escalation for the remaining years. The gas is sourced from the Oman LNG plant located in Sur, Oman.

The Oman India fertiliser project has been on the cards since 1994 when a memorandum of understanding was signed between the governments of India and Oman.

"A gas supply agreement was established between the Government of the Sultanate of Oman and Omifco."

But despite the desire of both the countries to move the project forward, finding a bankable offtake agreement was difficult. While the Oman Oil Company is well known, the Indian Farm Fertilisers Cooperative and Krishak Bharati Cooperative were less familiar.

Lenders gained confidence in the project based on the fact that once completed, the complex would be one of the lowest cost production sites in the world. Initial mandate took place in 1998 and the financial deal was finally closed in 2002, at a time when there were heightened perceptions of risk across the Middle East.

In February 2008 Octal Petrochemicals, established in 2006, announced that construction of its new 250-acre PET and APET sheet (polyethylene teephthalate and amorphous polyethylene terephthalate) manufacturing plant was on schedule.

During May 2007 Algeria’s Sonatrach and Oman’s Suhail Bahwan Group Holding announced that they had signed a partnership contract to build an ammonia/urea fertiliser complex.