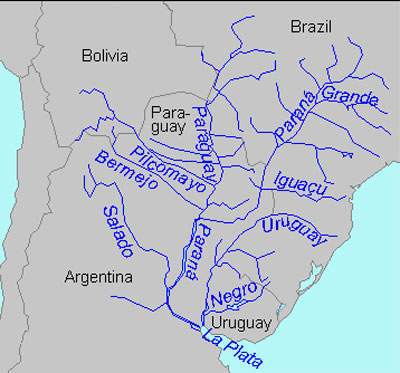 The Olmos project, in the La Plata region of Argentina, consists of two elements on the same site: a polyester spinning-yarn plant and a polyester polycondensation plant. The plant is owned by an Argentine company, Manufacturas de Fibras Sinteticas SA (MAFISSA), which is involved in textiles and associated products.

As part of the Mercosor group, Argentina has access to extensive export markets with a high rate of growth, particularly Brazil. The continual lowering tariff barriers between the two countries is leading to considerable levels of industrial investment.

The Olmos POY project was initiated in 1997, after the PET plant had been started, and was commissioned in mid 2000. The Deutsch Mark 40 million ($18.9 million) contract for the plant, which has a capacity of 19,600t/yr, was awarded to Zimmer AG.

The new POY plant spins the yarn directly from the polymer melt. After the yarn has been spun, it goes through further processing before being used in textiles. This allows processing at high texturising speeds.

This project was initiated at the end of 1995, and reached completion in the second quarter of 1997. The polyester condensation plant has a 52,500t/yr capacity. The cost of this project is about $13.2 million.

The Frankfurt-based Lurgi Zimmer AG is the specialist in polymers and synthetic fibres within the Lurgi Group, and has extensive experience in this industry around the world. Zimmer AG was commissioned to supply the process technology, engineering and equipment, including the spinning technology. The German company was also given responsibility for the plant’s erection and for start-up on its completion.

Like the POY plant, the contract for the polyester plant has also been awarded to the Zimmer AG group. Indeed the positive experience that the plant owner had with this plant is likely to have encouraged it to use the same company again for the second plant. The plant uses a Zimmer continuous ethylene glycol and terephthalic acid process, which was a factor in determining the contract award. As with the POY plant, Zimmer was able to provide a full range of service and equipment. The plant production is used for bottle-granulate products, which have an expanding market in South America.