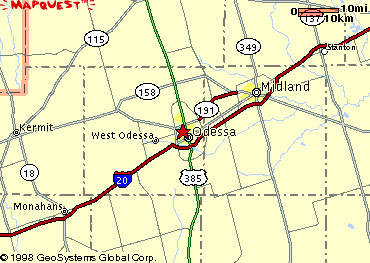 Map of Odessa in Texas, USA. The petrochemicals plant is close to one of the biggest petrochemical concentrations in the United States. 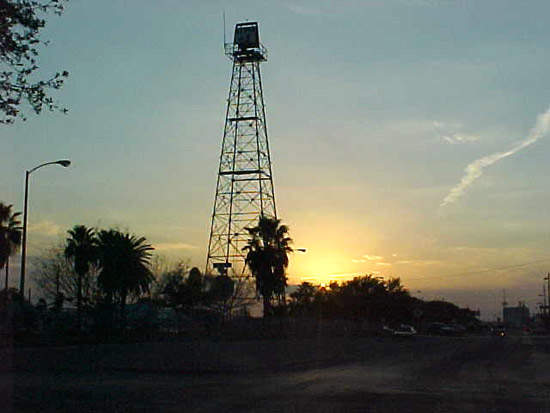 Texas has such a high concentration of petrochemical plants as a result of its vast oil production. 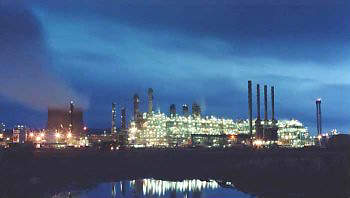 The new facility increases Huntsman production at Odessa by about a third.

Using Huntsman’s proprietary liquid pool process, this facility produces product with a good balance of properties from impact copolymers to speciality grades. Products made from this facility are some of the purest polypropylene available and are used in demanding medical and electrical applications throughout the world. The REXell linear low density polyethylene plant uses the DSM compact process for its production activities.

Huntsman chose the DSM manufacturing process primarily because of superior product performance, the ease of transition between products, and because it receives consistently high marks from customers throughout Europe where it is widely used. Huntsman is the only polyethylene producer in the Americas to use this technology.

Grades of polyethylene and EVA are available to meet the needs of various fabrication processes such as blown and cast film, blow moulding, injection moulding, extrusion coating, and laminating. The ease of processing and high purity makes polyethylene an extremely attractive material capable of competing quite favourably in a number of demanding applications.

An independent environmental audit of the Huntsman Polymers Corporation Odessa, Texas manufacturing site shows that Huntsman is operating the facility in a manner that is protective of the public and the environment.

Huntsman contracted with the internationally recognised environmental consulting firm URS Corporation to perform the audit, in large part to answer critics who continued to find fault with the manner in which Huntsman was operating the site. Huntsman charged URS to determine whether the company was, in fact, managing and operating the site in an environmentally and socially responsible manner. According to URS the complex was environmentally well managed and maintained, and in substantial compliance with applicable environmental laws and regulations.

MARKET RATIONALE FOR THE ODESSA PLANT

The company considers this facility as the jewel in the crown of the Huntsman performance polymers business. It allows the company to offer its customers new, high performance products for the most demanding applications where strength, quality, consistency and high performance are critical. The decision to expand has been taken after careful analysis of the polyethylene international market.

Low density polyethylene (LDPE) is the largest single segment of the world-wide plastics market. Demand for this popular material continues to grow (3% per year in the Asia Pacific region) because of its proven success in applications such as film for high-clarity and food packaging, shrink wrap, bags and agricultural uses; lids and containers; and adhesives. A modern, efficient facility was considered necessary to guarantee increase in revenue.