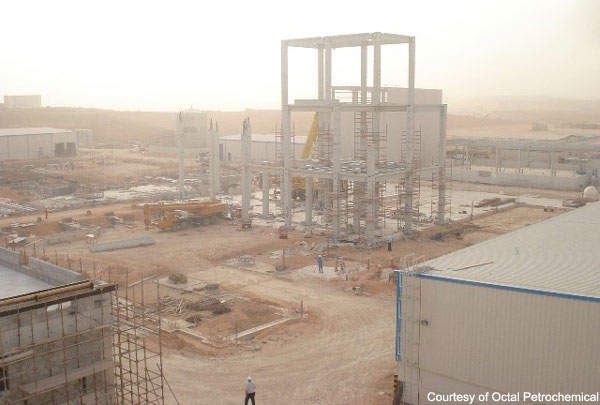 Construction of Octal's Sapphire plant began in late 2006 and the plant opened in August 2008.

Dimethyl terephthalate is reacted with MEG to produce PET in the industrial process at the new Octal plant. 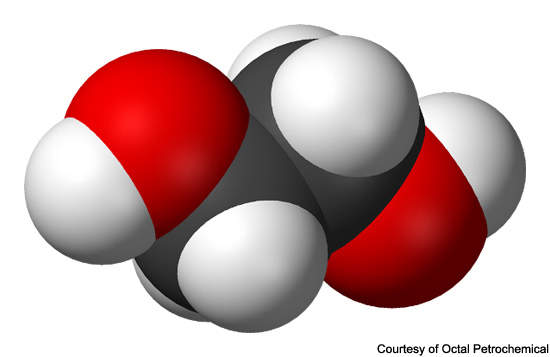 Mono ethylene glycol (MEG) is an important constituent in the production process of PET. 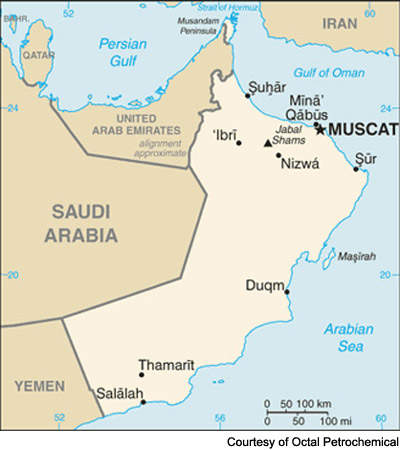 The Octal Petrochemicals plant is located in the Salalah free zone in the south of Oman.

The product PET will be marketed as 'PET for bottles' and also as 'colourless APET sheet'.

In February 2008 Octal Petrochemicals, established in 2006, announced that construction of its new 250-acre PET and APET sheet (polyethylene teephthalate and amorphous polyethylene terephthalate) manufacturing plant was on schedule. The first phase of the ‘Sapphire’ plant in the Salalah Free Zone was officially inaugurated in August 2008.

Construction began on the new plant, which will form the centre of the company’s production, in late 2006. Prior to this there was already some production from the plant, accounting for sales of $10m per year. Octal was set up in Oman to establish a foothold in the lucrative plastic packaging market.

Oman has raw materials in great quantity and the plant is capable of producing quality material for the world market, particularly the US, Europe, Africa, China and India, where APET is in demand. The plant is designed to be environmental friendly and the PET produced is 100% recyclable.

Octal Petrochemicals made a $350m investment in the integrated PET resin and APET sheet manufacturing plant based in Salalah in September 2006. Octal is the first company to build a plant in the free zone. Octal Petrochemicals expects total sales of its APET sheet packaging to reach $500m per year by the end of 2008, around one fifth of the world market for APET.

“Octal Petrochemical expects total sales of its APET sheet packaging to reach $1.1bn per year by 2012.”

Funding for the new plant came from Oman-based investors and also some based in Saudi Arabia, Kuwait and the US.

In November 2007, the Muscat Bank (financial advisor to the project) agreed to provide Octal with a $166.5m loan facility, which completed the company’s initial $350m investment in proprietary technology and custom-made production lines.

Total investments in the plant are set to rise to as much as $1bn on completion, with two more phases of expansion scheduled for 2011 and 2012. In January 2011, a group of six Middle East banks provided a $296m loan for the second phase of expansion. The banks include BankMuscat, Bank Sohar, Qatar National Bank, Ahli Bank, Bank Dhofar and National Bank of Oman. The current stakeholders will also provide a junior debt of $15m.

The 135,000m² plant contains state-of-the-art facilities to increase its annual production from 30,000t to over 330,000t. Octal hopes to effectively grab one fifth of the world APET market (worth $2.25bn) and also to become the largest PET producer in the Middle East.

The main plant had already seen much heavy equipment installed at the start of 2008 including: a 40m chimney and three 12MW heaters and also warehouses and raw material storage facilities. Fluor Corporation is the technology advisor to Octal and the project manager.

In February 2008 Octal Petrochemicals announced that work is on track for the first phase of its $50m liquid chemicals terminal (‘tank farm’) in the Salalah free zone. The terminal in the Port of Salalah is being constructed to support the new PET and APET production plant.

“The ‘Sapphire’ plant in the Salalah Free Zone was officially inaugurated in August 2008.”

The first phase saw two 5,000t stainless steel tanks for the storage of mono-ethylene glycol (MEG). The PTA was sourced from Saudi Basic Industries Corporation (SABIC) under a $7m order.

The MEG raw material was supplied by MEGlobal under a $60m order. Kirby International and Mammut Industries were the steel suppliers under a $30m contract.

The feedstock chemicals are pumped off the ships to the tanks and then piped 1,000m underground to the new processing plant.

The second phase, completed in September 2009, added a third 5,000t tank because of the expansion of the processing facility. The third phase is set for completion by 2012 and will increase the capacity by a further six tanks.

The tank farm terminal is fully contained within a 10,600m² area at the port. Pipes and transport infrastructure were completed in mid-2008. Ultimately, three tanks will be for MEG and the other six for different chemicals.

The tank farm terminal will be fully contained within a 10,600m² area at the port. Pipes and transport infrastructure will be completed by May 2008. Ultimately, three tanks will be for MEG and the other six for different chemicals.

In September 2010, Uhde Inventa-Fischer was awarded the contract to construct the 550,000t per year PET resin plant. The plant will use the proprietary Melt-to-Resin (MTR) technology of Uhde. On completion, the complex will become the first and largest of its kind.