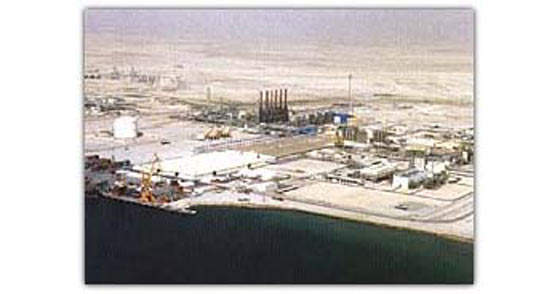 The project, estimated to cost $1.26bn, is a major ethylene and polyethylene plant, located in Mesaieed Industrial City (MIC), approximately 40km south of Doha in Qatar. The contract was awarded in June 1999 and the plant came on stream in November 2002.

In June 2003, the first shipment of polyethylene was delivered from the plant by containers. The company has since then shipped products to over 40 countries including China and other Asian markets. The chemicals manufactured at the plant are used in film and blow moulding applications.

The plant is owned by a joint venture between Qatar Petrochemical Company (QAPCO), 80% owned by Qatar General Petroleum Corporation (QGPC), and Phillips Investment Company, a subsidiary of Phillips Petroleum Company. Phillips has a 49% share in the venture. The remaining 51% is held by QGPC.

Doubts about the viability of the Q-Chem project were raised early on due to the low oil price. The main benefit of the Middle East location – access to cheap feedstock – was now enjoyed by all producers, while Middle East producers still suffered from the high transport costs to Asia and Europe. Fortunately for the Q-Chem project, the subsequent rise in the oil price reversed the position.

The overarching aim of the project, along with the other four Qatari hydrocarbon and related schemes currently underway, was to move Qatari industry to the more value-added part of the petrochemical spectrum. This will make it less vulnerable to overcapacity and price falls.

“The company hopes that its feedstock will give it a major cost advantage over its naphtha-based rivals.”

The plant has an ethylene capacity of 500,000t/yr, which is used as feedstock for the polyethylene plant. It also has a capacity of about 450,000t/yr for high-density polyethylene. A hexene unit is also part of the plant, with a capacity of 47,000t/yr and a number of ancillary and utility related structures.

The facility receives ethane rich gas as feedstock from the natural gas to liquids (NGL) 4 plant, which was put out to tender by QCPC. Construction of the NGL 4 plant was completed in 2003. The NGL plant extracts about 3,200mt of ethane, 5,100mt of natural gas liquids and 780,000 barrels of condensate per day (BCPD). The company hopes that its feedstock will give it a major cost advantage over its naphtha-based rivals.

The engineering, procurement and construction (EPC) contract, estimated to be worth $800m, was awarded to Kellogg Brown & Root and Technip. Kellogg Brown & Root is a subsidiary of Halliburton International. Technip is a process contractor with sales of almost $3bn and around 10,000 employees. The contractors defeated rival bids by putting in an offer that was significantly lower than their rivals. Construction began in the second half of 1999. The project was being managed jointly from Technip’s Paris office and Kellogg Brown & Root’s Houston office. Kellogg Brown & Root will supplied the ethylene technology. Phillips provided the proprietary technology for the hexene-1 and polyethylene units.

Q-Chem is one of four major projects in Qatar, which are worth more than $2.5bn collectively. The plant’s output will be sold through the spot market to Asia, Europe and the Middle East. Ethylene is seeing a number of projects designed to increase capacity across the world. The commissioning of the Qatar plant in 2002 was expected to coincide with the continuing upswing in Asian chemicals markets, ensuring profitability.

The Q-Chem project was financed through an $750m loan, arranged through a consortium of 24 banks.

“The plant’s output will be sold through the spot market to Asia, Europe and the Middle East.”

These banks were eager to jump on the last major project in Qatar for the foreseeable future at that time.