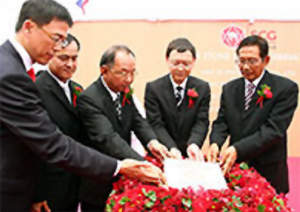 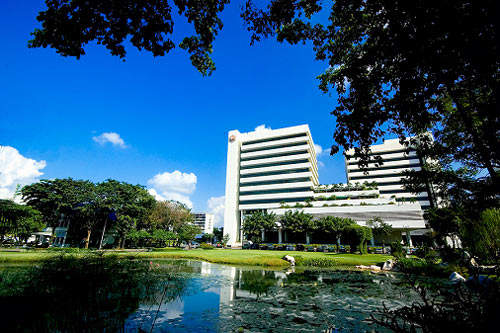 During February the company laid the foundation stone for the integrated olefins and polyolefins production plants built at Map Ta Phut, Thailand.

The contract, which included construction of an olefin recovery unit and olefin convergence unit, was valued at $347.4m.

At the end of 2006, Technip announced it had been awarded a contract for the construction of the furnace section of the steam cracker.

The furnace is based on Technip’s proprietary GK6 cracking furnace technology which allows a furnace to run on a range of feed stocks from naphtha to heavy oil.

The company built a process plant off-site facility which involved the construction of 15 spherical and atmospheric tanks, which were used for the storage and handling of various chemical products. The contract covered engineering and construction, and was valued at $535m.

During the second half of 2007, Yokogawa Electrical Corporation announced it had received a contract to supply control systems, field sensors and other devices for the Map Ta Phut Olefins’ petrochemical complex.

“The cracker builds on Dow’s long-standing business relationship with SCC.”

Yokogawa participated as the main automation contractor (MAC) and worked alongside the engineering procurement and construction contractor. The company said this was the first time that it had won a MAC contract in Thailand.

During 2006 Dow Chemical announced that it planned to move ahead and develop a joint venture liquids cracker in Thailand.

The company said the facility would provide propylene and other building blocks to help drive the growth of its performance business across Asia Pacific.

The cracker builds on Dow’s long-standing business relationship with SCC, which began in 1987.