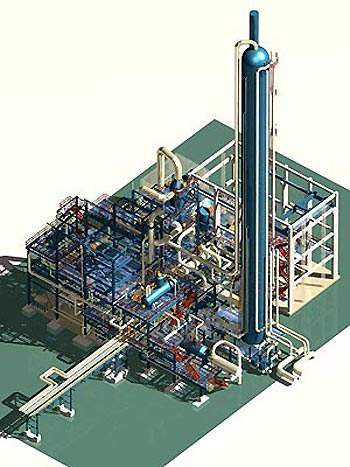 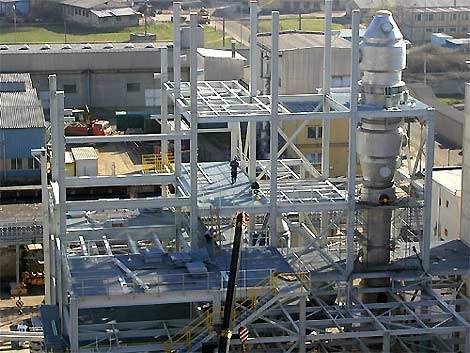 Chemoprojekt was responsible for the construction of the production plant as well as the nitric acid storage facilities. Construction was started during the first half of 2001. 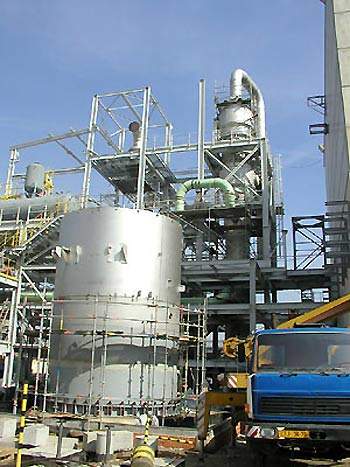 The new production facility is located at the Lovosice fertiliser complex (Lovochemie AS) in North Bohemia, Lovosice, Czech Republic, and was officially inaugurated in April 2003.

Final guarantee testing and plant hand over to the customer was completed at the end of May 2003. The production unit employs 15 people.

Lovochemie is the Czech Republic’s largest producer of fertilisers. Most of the nitric acid will be used to make a number of nitrogenous and compound fertilisers.

In April 2001 Technip, now known as Technip-Coflexip, announced that it had been awarded a lumpsum turnkey contract by Lovochemie for the construction of the nitric acid plant. Under the terms of the contract, which was valued at €27m, Technip was responsible for the basic and detailed engineering, supply of equipment and construction.

The project was executed by the Technip group’s local engineering affiliate Chemoprojekt Praha. The company is a Prague-based design, engineering and contracting organisation.

Construction work began in the first half of 2001 and the project was completed in September 2002. Commissioning and official start-up had been planned for November of the same year. The official start-up was eventually postponed until April 2003 due to major flooding across the Czech Republic during August 2002 (five months behind the original schedule).

Chemoprojekt has provided its selective catalytic reduction, (Renox) process for the nitric acid plant. This process is used to decrease the NOx content in the outlet gases. Chemoprojekt says this technology offers the advantage of, amongst other things, low investment costs, high catalyst conversion and high heat recovery.

The Koruna 1.3bn investment in the plant comprised Koruna 500m financed by credit from Komerc ni Banka and Koruna 300m as a loan from an unnamed foreign customer. The rest was provided from Lovochemie’s own resources.

The plant also delivers steam which Lovochemie says provides significant savings in terms of fuel. At the same time the consumption of ammonia per unit of produced nitric acid as well as emissions of nitrogen oxide is reduced. The facility complies with tough EC emission limits.

The Nitrous Oxide Emission Reduction Project at Lovochemie instigated in 2004–2005 comprised the installation of a new catalyst technology for the reduction of N2O emissions from nitric acid production.

“The new catalyst and associated monitoring equipment is hoped to lead to the reduction of a major part of erroneous N2O emissions.”

The new catalyst and associated monitoring equipment is hoped to lead to the reduction of a major part of erroneous N2O emissions from the production process. Lovochemie AS chose Hereaus of Germany as the supplier of the new catalyst technology and also contracted them to install and monitor the process.

The development of the project and its implementation were completed by the end of 2005 (250,000t CO2 equivalent).