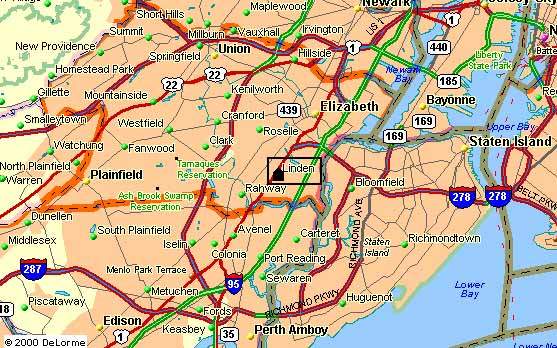 The Linden project at the bayway refinery is a polypropylene plant located at Linden in New Jersey in the USA. It is next to an existing Tosco refinery, and forms part of an integrated complex. The project is one fruit of a joint venture between Union Carbide (now taken over by Dow Chemical) and Tosco, USA (now merged with Phillips). The partners each have a 50% share in the venture. The plant will be operated by Tosco Refining, one of the US company’s sub-units, using licensed UNIPOL technology. The original agreement was that the output would be marketed solely by Union Carbide (and now by Dow Chemical).

According to the company, the new plant will be designed to produce a full range of polypropylene products including homopolymers and random and impact copolymers.

The decision to go ahead with the joint venture was made in the first quarter of 1999, when the two partners signed a memorandum of understanding. The plant is expected to start production in the third quarter of 2002. The lump sum contract was worth about $200 million.

The production of polypropylene at the new plant is estimated to be in the region of 350,000t/yr, and will use UNIPOL licensed process technology. This is a proprietary process technology that belongs to to Dow Chemical. Its popularity may be gauged by the fact that Tosco was the thirtieth licensee to adopt it. Like many such plants, the Linden facility gets its raw materials from a neighbouring refinery.

The facility will be made up of a single purification section and twin reaction producing homopolymers and random and impact copolymers, vent gas recovery and pelletising. The Norwegian Kvaerner Process, was awarded the lump sum contract for the whole project. Kvaerner is responsible for engineering, procurement and contracting. The Norwegian company may have been helped by a previous relationship with Tosco’s existing operations on the site. Larsen & Toubro Limited, an Indian manufacturer, was sub-contracted to supply three polypropylene reactors to the plant. The Indian company was awarded the contract in September 1999, and delivered on it in the middle of 2000.

By the company’s own estimate, Union Carbide would have become the fifth largest marketer of polypropylene in North America once the project is completed. This prediction has now been overtaken by events as Dow Chemical’s operations make the company even bigger. The deal gave Union Carbide access to low-cost feedstock for its own operations as well as for wider marketing throughout North America. The resins produced are used to make a wide range of film, fibre and moulded consumer and industrial products.

Tosco’s investment was driven partly by the requirement that it must conform to the rigorous anti-pollution standards of Phase II reformulated gasoline (RFG) after 2000. Tosco will do this by lowering the olefins content in its gasoline from Bayway, of which at least 85% must be RFG. Tosco can do this by removing the propylene alkylate that it now includes in its gasoline formulations, replacing it with butane when it can, and/or amylene alkylate. The joint venture will give Tosco an outlet for the propylene stream that is now being fed to its alkylation unit at the Linden refinery. Upgrading the propylene on site for use in polymerisation is the cheapest solution.

The new plant has been financed mainly from the two partners’ joint resources. However, the local city authorities allowed them a tax abatement on the brownfield site they chose to develop. This was prompted by the importance of the plant to the total economy of the region. However, given that the site is next to the refinery which supplies the petrochemical plant with feedstock, it is questionable how far the tax break really functioned as an incentive to locate in the town.