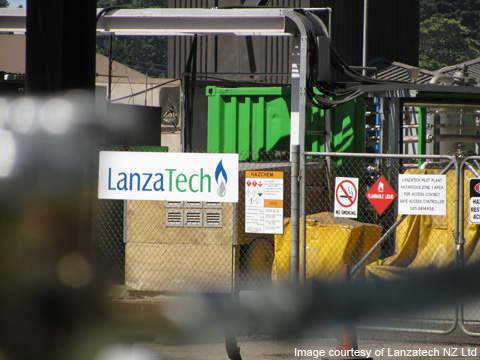 LanzaTech and Baosteel will construct a chemical demonstration plant in China by 2011. 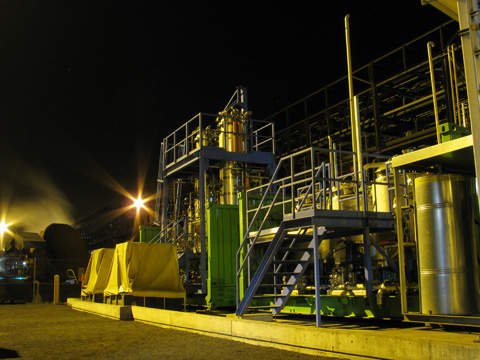 The demonstration plant will have the capacity to produce 100,000gal/yr of bio-fuels. 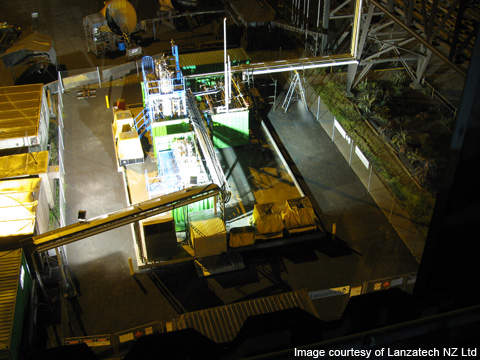 LanzaTech has been operating a pilot plant in Glenbrook, Auckland since 2008.

The plant will be located at one of the steel mills of Baosteel in China. It will use off-gases from the steel industry to produce various chemicals such as plastics and fuels. It is expected to be operational by the second half of 2011.

In September 2010 LanzaTech signed a memorandum of understanding (MoU) with Henan Coal and Chemical Industrial Corporation to build another demonstration plant in Zhengzhou, Henan Province by 2011. The plant will use coal gasification and fermentation processes to produce ethanol.

LanzaTech intends to commercialise the patented processes and technologies on a large scale after the successful start-up of these plants.

“LanzaTech intends to commercialise the patented processes and technologies on a large scale.”

The design, construction and installation of a pilot plant in Glenbrook, New Zealand were completed within one year. It was successfully commissioned in 2008 and has a capacity of 15,000gal/yr.

The demonstration plant will be integrated with a steel mill and will have a production capacity of 100,000gal/yr. It will be designed to allow expansion to a commercial scale in future.

When operational in 2013, it will be the first commercial plant in China and will have a production capacity of more than 50m gal/yr.

LanzaTech is a clean technology company based in Auckland, New Zealand. It was established in 2005 to commercialise the technologies for producing low cost fuel ethanol from steel industry waste gases.

The company has increased its patented process technologies portfolio to convert synthesis gases and other industrial waste gases into 2,3-BD.

In July 2010 Lanzatech partnered with the Chinese Academy of Sciences (CAS) to building a Bio-Energy Research Centre in China.

The research centre will be used to further develop and produce ethanol fuels and chemical products using coal derived synthesis gas on large scale and commercialise the technology.

In 2007 LanzaTech received $3.5m of Series-A funding from investors K1W1 and Khosla Ventures for development of the technology and establishing of the pilot plant.

In July 2010, the company secured $18m of Series-B funding from investors Softbank China Venture Capital and Qiming Ventures for commercialisation of the process.

The traditional process requires fermentation of sugars or cracking of petroleum for polymer and plastics production. Industrial waste gases are produced as manufacturing by-products in steel mills, oil refining and coal industries.

The LanzaTech plant uses proprietary technology processes designed to capture and use these industrial waste gases as a nutrient source.

It can also use syngas produced from different types of non-food, biomass, landfill-waste and low value industrial wastes as feedstock. Low-cost media and proprietary microbial catalysts are added to support the fermentation of bacteria.

The gas fermentation technology developed by LanzaTech uses carbon monoxide (CO) as feedstock for producing 2,3-BD. LanzaTech has been operating and testing its proprietary technology at a pilot plant in Glenbrook, Auckland, New Zealand since November 2008.

It uses the flue gases taken from the LD converter unit at the steel mill of NZ Steel, a subsidiary of BlueScope Steel.

Syngas can be produced through the gasification of biomass resources such as waste wood, industrial and municipal wastes. Gasification itself produces about 80% of the energy required for fermentation during the chemical bonds breakdown process.

The low hydrogen waste gases containing CO are scrubbed and cooled before the bio-fermentation process.

The process takes place in a bioreactor with proprietary microbes from LanzaTech.

The microbes use energy from the carbon component of the gases for their growth, and co-produce liquid biofuel (ethanol) and 2,3-BD.

The products recovered from the process can be used as high octane premium fuel. The bio-fermentation process can also be used to produce other chemicals.

2,3-BD is the primary chemical for the manufacturing of plastics, polymers and hydrocarbon fuels such as gasoline, diesel and jet fuel.

“In August 2010 LanzaTech announced that the technology successfully produced 2,3 Butanediol.”

LanzaTech claims that the process has the potential to disassociate chemical production from valuable food and petroleum resources.

The global energy requirement is estimated to double in the next 40 years with substantial demand in India and China.

There has also been an increase in concern over global warming and greenhouse gas emissions necessitating exploration of alternative energy resources and developing technologies.

2,3-BD is an intermediate chemical and is readily convertible to butadiene, butenes and methyl ethyl ketone (MEK), which are used for the production of hydrocarbon fuels and several chemicals such as textiles, polymers, synthetic rubbers and plastics representing a growing market of about $40bn per year.

2,3-BD and ethanol can be used as fuel additives or gasoline blendstock. According to LanzaTech’s estimates, approximately 120bn litres of ethanol can be produced from gases released by the existing steel mills.