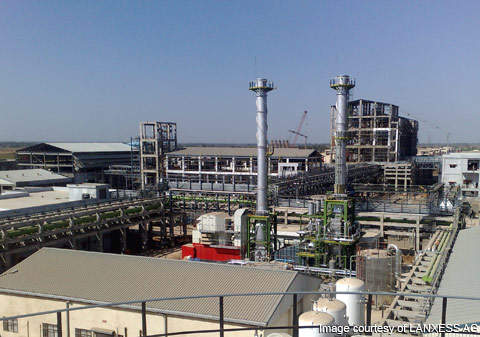 LANXESS India started up a new rubber chemicals facility in Jhagadia on 3 March 2010. 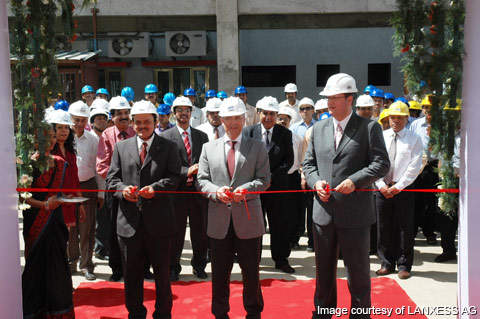 Equipment from the Thane chemicals production plant was relocated to about 320km to the Jhagadia site's new plant. 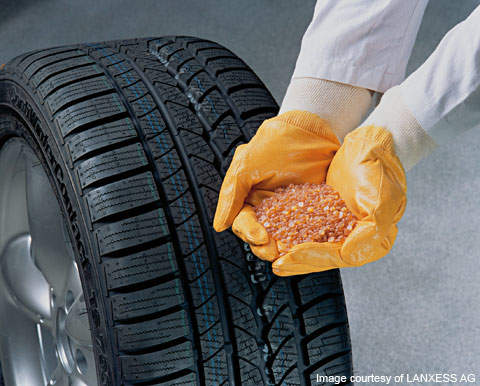 The Vulkanox rubber chemical is an anti-degradant developed by LANXESS to prevent the ageing process of tyre rubber and avoid surface cracking due to dynamic stress. 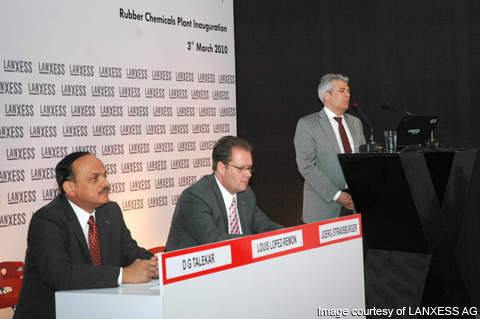 The Jhagadia site in the state of Gujarat is LANXESS' largest production site in India.

Speciality chemicals company LANXESS India started up a new rubber chemicals facility in Jhagadia in the state of Gujarat, India on 3 March 2010. The chemicals plant marks the first phase of a €50m (INR3.2bn) project at the newly developed Jhagadia Chemical Park near Vadodara city. The investment also includes the construction of a new ion exchange resins plant, which is expected to start operations in 2010.

Construction of the chemicals plant was started in the second quarter of 2008 and took less than two years to complete. LANXESS relocated its chemical plant operations from Thane in the state of Maharastra to the new Jhaghdia site. LANXESS is the only Western company to manufacture rubber chemicals in India. The company will supply the chemicals produced at the Jhagadia plant to the Indian tyre market.

The Jhagadia Chemical Park was developed in support with the Gujarat government with the required industrial infrastructure facilities and has large companies. The site was selected in March 2007 by an international competition in which Singapore, China and India participated.

The Jhagadia Chemical Park was selected for its industrial infrastructure availability. The two LANXESS plants built on the 13ha Jhagadia site are expected to generate about 250 new jobs.

LANXESS announced plans to build the ion exchange facility in Gujarat in August 2007. Construction work on the project began in the second quarter of 2008. In January 2008, LANXESS also announced the relocation of its rubber chemicals production from the Thane facility to the Jhagadia plant. The head office of the company remains in Thane.

“LANXESS is the only Western company to manufacture rubber chemicals in India.”

In January 2009, LANXESS India and the Gujarat government signed a memorandum of understanding (MoU) for the €50m investment in Jhagadia. The MoU followed the state government’s approval for the project in 2008.

The Jhagadia project is the company’s largest investment in the ion exchange business since the end of 1990s. The ion exchange resins plant will be the most advanced of its kind in Asia when it is completed in 2010.

The rubber chemicals plant was constructed in less than two years with the latest technology. By May 2009, the equipment from the Thane chemicals production plant was moved to the Jhagadia site, which lies 320km away. The equipment included storage tanks, reactors and several other parts such as filters, pumps and pipes. Production activities at the Thane facility were gradually phased out.

LANXESS will build and operate a natural gas-based cogeneration plant, which will produce electricity along with the steam supply for the chemicals and the ion exchange resins plant. The wastewater treatment system at the ion exchange resins plant will pre-clean the wastewater before being released through the effluent pipe at the Jhagadia Chemical Park. The company is building a new wastewater treatment plant to ensure the effluents discharge from the plants complies with the
environmental limits.

LANXESS is also creating a green zone at the Jhagadia site with saplings plantation. The green initiative was started on World Earth Day 2009 in cooperation with the Gujarat Pollution Control Board and aims to plant about 3,000 trees.

The construction of the ion exchange plant is on schedule and is due for completion in 2010.

“Vulkanox is an anti-degradant developed by LANXESS to prevent the ageing process of tyre rubber.”

Elastomer is a substance that determines the resistance of the rubber against ozone, oxygen and other reactive substances. The ageing process of rubber changes its vulcanisates property due to oxygen, ozone and heat exposure. The rubber goods made of unsaturated elastomers gradually degrade due to ageing. Impacts of ageing are fatigue, depolymerisation, cracks, brittleness and disintegration of the rubber.

The rubber chemical, with the brand name Vulkanox, is an anti-degradant developed by LANXESS to prevent the ageing process of tyre rubber. The chemical is added to decrease the destructive processes of the synthetic rubber and avoid surface cracking due to dynamic stress.

The rubber chemicals plant will produce the LANXESS Vulkanox brand antioxidants to be supplied to the mineral oil additive and rubber markets, including the Indian rubber and tyre industry. The rubber chemicals plant will supply its products to the tyre market in India and the export tyre market. The demand for clean water is also growing due to increase in population and urbanisation in India.