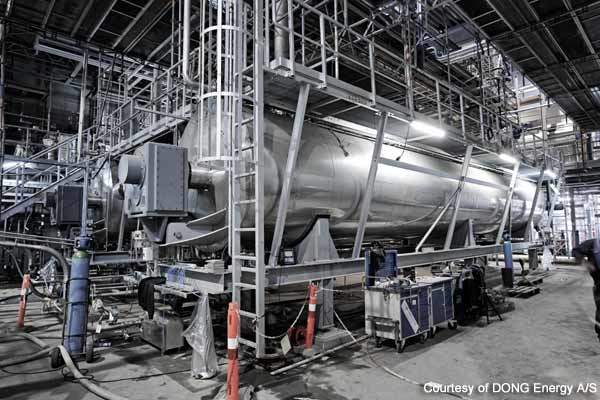 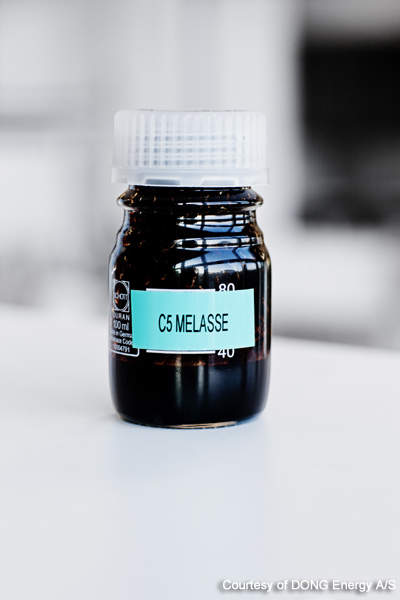 Sugar-containing C5 molasses from the plant are used to feed livestock, which can be fermented into ethanol with technology improvement. 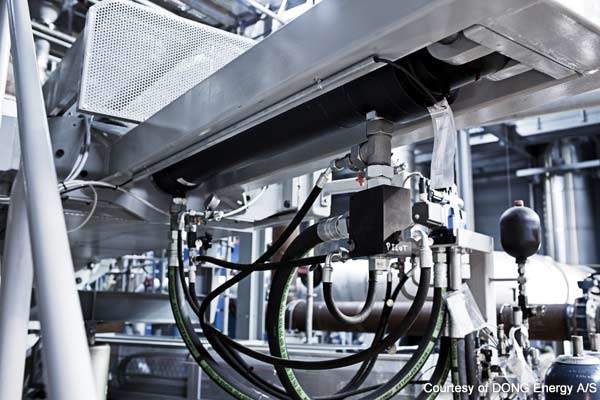 Dong Energy has operated a pilot plant with Inbicon patented technology for conversion of soft lignocellulosic biomass into biofuel since 2003. 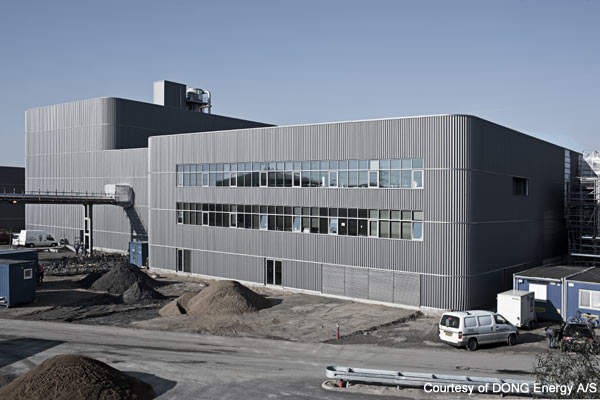 The Kalundborg demonstration plant is the first biorefinery in Europe to use second-generation technology for the large-scale production of bioethanol. 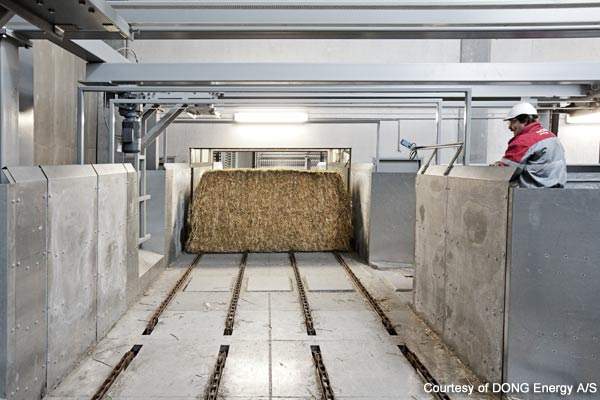 Second-generation ethanol is considered to have a potential market growth and estimated to exceed &#36;75bn by 2020.

Danish energy company, Dong Energy, and biofuel producer, Inbicon, opened a new second-generation ethanol demonstration plant in Kalundborg, Denmark on 18 November 2009. The plant utilises Inbicon biomass conversion technology to produce biofuel, climate-friendly car fuel, using straw as the raw material. The Kalundborg demonstration plant is the first in Europe and the largest biorefinery in the world that uses second-generation technology for the large-scale production of bioethanol. The plant employs around 30 people.

Integration with the power plant reduces Asnæs’s CO2 emissions by around 25,000t. The collaboration also benefits both companies in attaining required energy and operations efficiency due to mutual exchange of biomass fuel and steam.

The Inbicon biorefinery plant annually produces 1.5 million gallons (5.4 million litres) of ethanol, 13,000t of powdered lignin pellets (used as a renewable fuel), natural bacteria inhibitor, and 11,100t of C5 molasses, which can be further used for bioethanol or biogas production. Ethanol produced during the first year of the plant’s operations is used by blending it with conventional petrol.

“The Kalundborg second-generation ethanol demonstration plant is the first in Europe.”

Inbicon has been focusing on the development of pre-treatment technology using enzymatic decomposition of biomass, waste and green chemistry products to produce renewable resources.

The company opened a pilot plant in 2003 with its patented technology for the conversion of soft lignocellulosic biomass into biofuel. The pilot plant has a pre-treatment process capacity of 1,000kg/h and is based on patented Inbicon technology, which converts and processes molasses to produce ethanol.

The Kalundborg plant converts wheat straw into ethanol. The plant also produces animal feed and lignin pellets, which can be used as fuel to be burnt at power plants. The ethanol from the plant was used with a petrol blend for cars in the Copenhagen Climate Summit in December 2009. The bioethanol fuel used from the Inbicon plant was E85, 85% of ethanol.

The difference between first-generation and second-generation bioethanol is that the former utilises sugar-containing raw materials or starchy raw materials, while the latter uses biomass such as straw. Both differ in the process technology. The bioethanol produced in both technologies is pure bioethanol. The process has been implemented at the Inbicon pilot plant, and the Kalundborg ethanol plant is a large-scale implementation of the tested technology.

The feedstock for the Kalundborg biomass refinery ethanol plant is wheat straw, an agricultural by-product. The plant processes 4t of straw per hour, which is equivalent to 30,000t per year. The suppliers of enzymes for the plant include Novozymes and Danisco Genencor.

The waste heat (steam) from the power station is used to cook straw fibres in the Kalundborg demonstration plant, which breaks them inside the refinery. The main challenge is the creation of a continuous process and maintenance of high pressure along with steam exposure. The treatment allows opening of the complex structures and gaining access to cellulose molecules that lie inside the straw. Enzymes are added in the subsequent processes, which have been developed specifically for the technological treatment.

The sugar from the cellulose molecules is then converted into bioethanol at a later stage in the process, thus forming ethanol from the feedstock. The technology is designed to reduce emissions, and achieve energy and cost efficiency.

The residual biofuel (lignin) from the ethanol plant is used by the power station to replace coal as the fuel, which results in greener power generation.

The Inbicon cellulosic ethanol process consumes less energy than it produces in the conversion of biomass. This results in energy efficiency and cost reduction of both plants. The demonstration plant is working on increasing the volume of the ethanol product to commercial volumes.

The C5 molasses from the plant are used to feed livestock. With improved technology at the demonstration plant it can be fermented into ethanol, which would increase the output to 60%. The plant has been designed to generate a small amount of waste water, which is further utilised for scrubbing flue gases in the Asnæs Power Station.

Around kr400m (€54m) was invested for the construction and development of the new plant, which is owned by Inbicon / Dong Energy. Inbicon received grants of kr76.7m (€10.3m) for design and construction from the Danish Energy Authority under the Danish EUDP programme.

The European Seventh Framework programme financially supported the demonstration of the plant with grants of kr67.7m (€9.1m) and was earlier supported by the European Fifth Framework in the development of the technology.

The EU has set a target of adopting 10% of renewable energy such as biofuels in the transport sector fuels by 2020 and the US aims to use 16 billion gallons of biofuels by 2022. When petrol is used with 10% of bioethanol, it does not require engine modifications for cars. Bioethanol offers a solution for the reduction of carbon emissions in the transport sector. The second-generation ethanol market is estimated to exceed $75bn by 2020.

Ethanol from the Inbicon plant will be supplied to Statoil Hydro under a long-term agreement. Around five million litres of bioethanol has already been sold to Statoil for market distribution of E10 ethanol blends in Denmark commencing in 2010.

“The second-generation ethanol market is estimated to exceed $75bn by 2020.”

The first commercial scale construction of Inbicon Biomass Refineries are also expected to be developed in Germany, the US and Japan.

In December 2009, Inbicon tied up with Great River Energy and Otoka Energy to license its technology for the development of a cellulosic ethanol refinery in North Dakota, US.