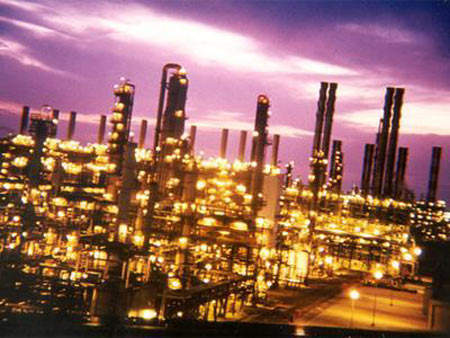 The Jubail United Petrochemical complex was built close to Petrokemya, a wholly owned subsidiary of Sabic. Petrokemya, which has been operational since 1985, is one of the largest manufacturing sites in Al-Jubail, Saudi Arabia. 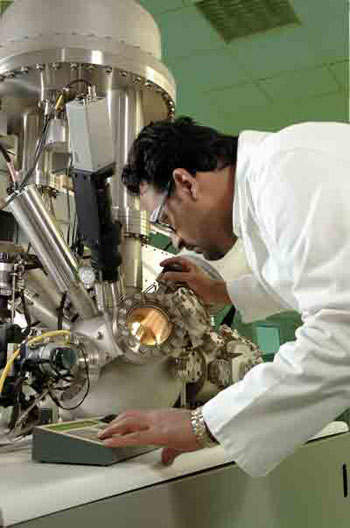 Sabic and Linde's joint research effort resulted in the development of the Sablin technology used in the production of linear alpha olefins.

During the last quarter of 2000, Sabic announced that it had established a new subsidiary, Jubail United Petrochemical Company (JUPC), which would build a petrochemical complex. Construction of the complex began in 2001.

The JUPC complex is centered around a cracker producing one million tonnes per year of ethylene. The complex was built in Jubail Industrial City, Saudi Arabia.

The complex required an investment of $2bn and came onstream in the second half of 2004, two months before schedule.

During March 2001 Gulf International Bank (GIB) Investment Banking Division said that it had been appointed as independent financial advisor to JUPC in relation to raising debt finance for the $2bn petrochemical complex.

In January 2002, Sabic announced that underwriting letters had been signed by a group of banks in relation to a $1.2bn loan facility. One year later, in January 2003, the loan facility was formally signed. Riyadh Bank acted as agent for the loan.

An additional $400m was provided by the Saudi Public Investment Fund.

The letter of intent for the programme management services and outside battery limit work was signed in Al-Jubail Industrial City in 2002.

In November 2001, a consortium, comprising US-based Halliburton KBR and Japan-based companies Chiyoda Corporation and Mitsubishi Corporation, was awarded an engineering, procurement and construction contract (EPC) for the ethylene plant.

It is estimated that the one million tonnes per year cracker will be one of the largest grass roots crackers built in Saudi Arabia.

The cracker is based on Halliburton KBR’s Selective Cracking Optimum Recovery (SCORE) technology. The technology is a combination of KBR and Exxon Mobil ethylene technologies.

Halliburton KBR claims that the technology provides JUPC with the highest selectivity to ethylene coupled to a low pressure recovery scheme, which reduced the capital investment of the ethylene plant.

During the first half of 2002, JUPC awarded Toyo Engineering Company (TEC) an engineering services, construction and procurement contract for the ethylene glycol production plant.

The unit is based on technology supplied by Scientific Design. The contract was awarded on lump sum turnkey basis. This plant was completed in the third quarter of 2004.

JUPC’s 150,000t per year linear alpha olefins (LAO) plant is based on technology developed jointly by Sabic and German engineering company Linde. Known as Sablin, the technology was unveiled in the final quarter of 2001.

“Sablin was unveiled in the final quarter of 2001.”

The process uses ethylene as a feedstock for a one stage homogenous reaction for the production of C4s-C20s and LAO.

The technology is said to reduce investment and production costs and the process parameters can be adjusted to maximise the production of light or heavy LAOs.

The PCIMS services include design, build and testing of distributed control systems as well as development and maintenance of PCIMS standardisation. Work on the project began in January 2002 and was completed in December 2003.

Aspen Technology (AspenTech) was appointed to implement and provide operator training simulators for the petrochemical complex. The simulators helped ensure the safe and efficient operation of the plants during commissioning and start-up.

The simulators also support performance improvement strategies during later operations. The scope of AspenTech’s contract included the delivery of Virtual Plant Simulators for the ethylene and ethylene glycol plant.

Triconex, an operating unit of Invensys, supplied JUPC’s petrochemical complex with critical safety and turbo machinery control systems. Triconex stated that the contract was valued at around $6m and required the company to provide hardware, software, programming, integration and validation services for all emergency shutdown systems on the complex.

Triconex controls are said to be a well known as industry standards in critical shutdown and turbo machinery control applications. According to JUPC a false trip in a critical-control system can cost up to $1m per day in lost production.

Euroweld, based in the Czech Republic, supplied pressure vessels and heat exchangers for the project while ATYB Metal Fabrication, part of AYTB Group, made and supplied ethylene plant process piping.

Two large desiccant air dryer packages, for use as the complex’s main instrument air dryers, were supplied by Pneumatic Products.