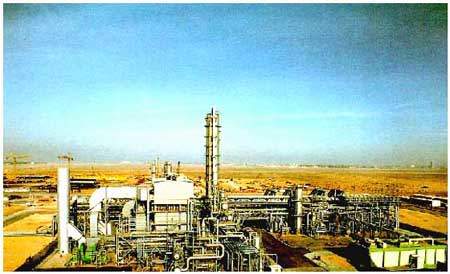 Ibn Zahr’s Al Jubail polypropylene plant is located in Yanpet, near Al Jubail in Saudi Arabia, which has been the focus of significant petrochemical investment in the last five years.

The Al Jubail facility is next to the Saudi European Petrochemical Company’s existing production plant and close to the supplier of its feedstock.

The plant is part of the Jubail polypropylene plant expansion programme by SABIC.

“The plant completed in August 2008 almost doubles production capacity for PP at the Al Jubail site.”

The polypropylene (PP) plant that came online in 2000 and was completed in August 2008 has a production capacity of 500,000tpa.

This almost doubles the company’s production capacity for PP at the Al Jubail site.

Dow Chemical Company has licensed its proprietary Unipol technology for the PP plant and with this, the Ibn Zahr PP3 has become the world’s largest among the plants licensed with Dow Technology.

On 10 September 2008, the PP3 plant completed its startup at 100% load and was three months ahead of the scheduled completion.

The Ibn Zahr PP3 plant is the third polypropylene plant at Ibn Zahr and hence referred to as PP3. Polypropylene is used in food packaging, automotive equipment, plastics and clothing.

In June 2006, the engineering, procurement and contracting (EPC) contract was awarded to Samsung Engineering in a lump-sum contract worth $302m.

Samsung Engineering evaluated various sub-contractors and in May 2007, Honeywell International was awarded the $2.9m and will provide the process automation technology.

“Linking the plants through an Experion platform reduced engineering and maintenance costs.”

Honeywell’s Experion Process Knowledge System (PKS) was used to link the new plant with two existing plants at the site. Linking these plants through a common Experion platform reduced engineering and maintenance costs.

Simon Park, regional general manager for Honeywell Process Solutions Korea said, “Bringing three plants onto a consistent operating system can be a challenging process, but technology like Experion makes the job simpler because it works side-by-side with legacy systems and even non-Honeywell technology.”

Aker Kvaerner was the project management and basic engineering consultant for the Al Jubail PP3 plant.

Samsung’s involvement in the project drew to an official close when the PAC (Provisional Acceptance Certificate) was reached in December.

The project was financed through a joint loan of $400m. However, the company had difficulty meeting interest payments as a result of falling petrochemical prices during the 2003 and 2004 period.

This reduced the credit worthiness of the company with the eleven banks that it had sought original financing from.