The Jose Petrochemical Complex has a sulphur recovery plant but further plants are due for construction in the near future. 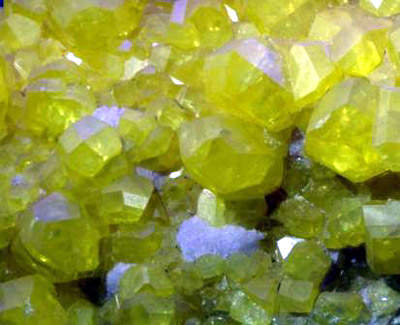 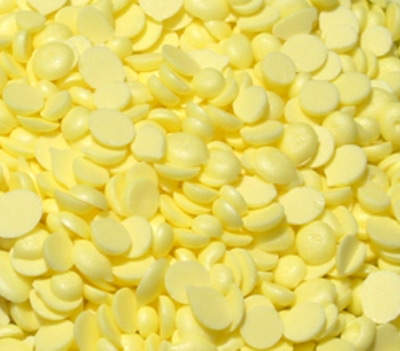 Sulphur recovered from petroleum is usually marketed as pellets. 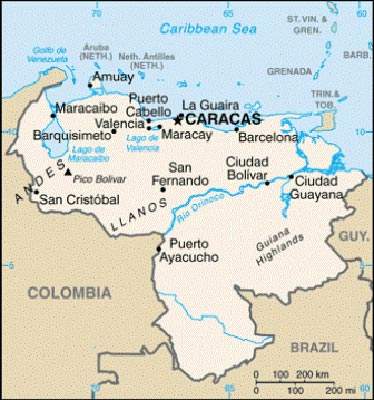 Map of Venezuela; the petrochemical complex is located on the Caribbean coast near Anzoategui.

The Sincor project is a large sulphur recovery plant, located in the refining and petrochemical complex at Jose, Anzoategui, Venezuela. The plant is owned by Sincrudos de Oriente (Sincor), a Venezuelan joint-venture company formed by Petroleos de Venezuela, Total, France and Statoil, Norway.

The Sincor project was initiated in 1997, and was completed in 2001. Kvaerner Process was awarded the lump-sum contract to construct the plant. The contract was worth $160m and included engineering, procurement and construction of the Sincor sulphur complex at its upgrader facility in Jose, Venezuela. A local engineering and contracting company called Jantes was also involved. Process engineering was carried out by Chicago Chem Consultants.

“The contract was worth $160m and included engineering, procurement and construction of the Sincor sulphur complex at its upgrader facility in Jose, Venezuela.”

The modified Claus (also known as conventional Claus) process is the workhorse in sulphur recovery, and is used in more plants worldwide than any other process. In the typical modified Claus process, the acid gas feed is partially oxidised to generate sulphur dioxide (SO2), which then reacts with the remaining hydrogen sulphide (H2S) over a catalyst to produce sulphur.

The hot combustion products from the furnace enter the waste heat boiler and are partially cooled, usually to 600–800°F, by generating steam. Steam can be produced at up to 600psig pressure from this boiler, depending on the needs at a particular location. The combustion products are further cooled (typically to 340–375°F) in the first sulphur condenser, usually by generating medium pressure steam (typically 40–65psig).

This will normally cool the gas enough to condense the sulphur formed in the furnace, which is then separated from the gas and drained to a collection pit. In order to avoid forming liquid sulphur in the downstream catalyst bed, the gas leaving the sulphur condenser must be heated before entering the reactor. The reheat exchanger heats the gas stream (typically to 420–450°F), often by using some of the high-pressure steam generated in the waste heat boiler. Heating oil or an electric heater may also be used.

Typically, about 70% of the H2S and SO2 in the gas will react via reaction (2) to form sulphur, which leaves the reactor with the gas as sulphur vapour. The hot gas leaving the first reactor (550–650°F typically) is cooled in the second sulphur condenser, usually by generating medium pressure steam.

As the gas is cooled (to 320–350°F typically), the sulphur formed in the reactor is condensed, separated, and drained to the collection pit. This is usually followed by one or two more heating, reaction, and condensing stages to react most of the remaining H2S and SO2, with the sulphur plant tailgas leaving the final sulphur condenser at a temperature between 250°F and 300°F. This temperature depends on the steam pressure in the last condenser, which can be operated at as low as 15psig to maximise sulphur recovery.

The sulphur plant tailgas is routed either to a tailgas cleanup unit for further processing, or to a tailgas thermal oxidiser to incinerate all of the sulphur compounds in the tailgas to SO2, before dispersing the effluent to the atmosphere.

While sulphur recovery is very important for the production of industrial chemicals such as sulphuric acid and oleum, there is more to the Jose Petrochemicals plant. With Hugo Chavez, the president of Venezuela, coming down hard on foreign oil companies, the country must make the most of all its resources and technology.

“In April 2007, Braskem of Brazil and Pequiven of Venezuela announced a $2.87bn joint venture agreement for the further development of the Jose Petrochemical Complex.”

In April 2007, Braskem of Brazil and Pequiven (Petroquímica de Venezuela S.A.) of Venezuela announced a $2.87bn (€2.123bn) joint venture agreement for the further development of the Jose Petrochemical Complex.

There will be two main projects; one will be a steam cracker using natural gas feedstock and producing 1.1 million tonnes of polyethylene and 1.3 million tonnes of ethylene per year. This is scheduled to be on-stream by the second half of 2011 and will require the majority of the investment at $2.5bn. The second project will be the construction of a new polypropylene plant with a production capacity of 450,000t per year: this will require an investment of $370m.

Other new plants to be constructed at the Jose Complex will include a propane dehydrogenation unit for the production of 465,000t of propylene per year (being built by Pequiven).

In addition, units will be constructed by PDVSA Gas to extract 1.8 million tonnes of ethane per year. Part of the reason for this linkup between Braskem and Pequiven is that Braskem can then gain access to more natural gas feedstock for other plants at a good price from Venezuela.