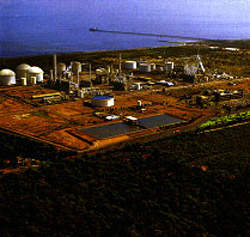 As a result of the new plant, Pequiven has seen its share of the urea market, which stood around 20%, increase markedly. The South American urea and ammonia markets are both buoyant and subject to large-scale investment.

One of the principal advantages of the Jose site is that it has ample supplies of cheap natural gas thanks to Venezulea’s extensive oil & gas development. Venezuela no longer permits associated gas (gas extracted along with oil) to be flared. Hence feeding the gas to a fertiliser plant becomes more economical.

The engineering, procurement and construction (EPC) contract was awarded to Snamprogetti. Snamprogetti is a very well-known company in Venezuela, having been active in the country for decades. The price of the contract was set at $768 million. Local inflation may lead to a slightly higher cost than was initially projected.

Procurement and engineering was faster than expected, although work was held up by industrial action.

Fertinitro may build a second plant at the same site to produce yet more ammonia and urea. This has been estimated to cost a possible $1 billion by Eduardo Praselj, President of Pequiven. It is hoped that synergies with the first plant would reduce the overall costs of a second ammonia/urea plant, which could be completed by 2004. This would be in line with government hopes to increase chemicals production from 8.8 million to 21 million tonnes per year within a decade. Venezuela also has a 50/50 joint venture between Mobil and Pequiven to make olefins.

However, the new project may be threatened by several factors. The first is the possible political instability in Venezuela, which may scare off foreign investors. The second is the high value of the Venezuelan Bolivar, which makes the plant’s urea and ammonia more expensive. The third, which is linked to the second, is the difficulty of competing in a market which is experiencing a glut. This is partly because producers in the Black Sea area are flooding the market. China has also tried hard to stop imports, reducing effective world demand for foreign producers. Similarly, the Asian crisis cut demand and therefore prices. However, it is hoped that the Venezuelan plant’s advantages – cheap feedstock and the synergies with the Fertinitro plants – will help it buck this trend.

The main petrochemical producer of the country is Petroquimica de Venezuela, SA (Pequiven), which is a subsidiary of Petroleos de Venezuela, SA, known as PDVSA. PDVSA is the monopoly oil and gas company owned by the Venezuelan government. Pequiven owns 13 plants. It may be part-privatised as part of Venezuela’s efforts to draw foreign investment to its petrochemical investment.

The American Koch Nitrogen is a subsidiary of Koch Industries, Inc. Unusually, for such a big company, it is privately held. Empresas Polar is another Venezuelan company, hitherto known mainly for its activity in food markets.

The project is financed by a bank consortium which includes Citibank, NationsBank and Medio Credito Centrale. The debt/equity ratio is 70:30. A key part of securing the financing is the conviction that Fertinitro will be the lowest cost producer in the market, thanks to its access to cheap gas feedstock from Cevegas, a subsidiary of Pequiven. The price of the feedstock can account for as much as a third of the price of the ammonia and urea.