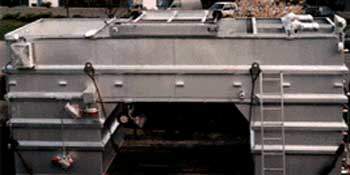 In 1996, NOVA Chemicals announced plans to expand its Joffre, Alberta site. The expansions at the facility increased ethylene and polyethylene production capacity by over 80 per cent and 70 per cent, respectively. 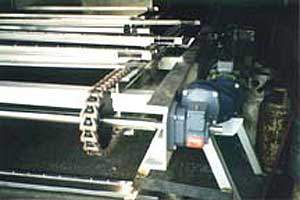 The new Joffre project has added to an extensive petrochemical plant complex which lies just east of Red Deer, Alberta, western Canada. Since its completion Nova has been the fifth largest producer of ethylene in North America. This is the third ethylene plant to be built by the company on the site.

The new ethylene and polyethylene plants were built as a result of a 50/50 joint venture between Dow Chemical and Nova Chemicals. Nova Chemicals operates the plant, which is next to the company’s existing facilities. The new ethylene facility has increased ethylene production by around 80% since it has gone fully into operation.

Originally, the joint venture was initiated by Union Carbide, but the company has subsequently been taken over by Dow Chemical Corporation.

Construction of the new petrochemical plants began in 1999. The ethylene plant was completed by the end of 2000, while the polyethylene plant was delayed by six months due to shortages of skilled labour in the area as well as engineering problems, and went into production on 1 July 2001.

“The new ethylene and polyethylene plants were built as a result of a 50/50 joint venture between Dow Chemical and Nova Chemicals.”

At the same time as erecting the ethylene plant, the company set up a second, low-density polyethylene (LLDPE) plant with a capacity of 380,000t/yr. The polyethylene plant has a price tag of $270m. Polyethylene production has therefore gone up by 70% to 914,000t/yr since the new facility has been fully operational.

As well as the petrochemical plant, the site has a new 450MW gas-fired cogeneration facility. This is the largest cogeneration power plant in Canada. Nova Chemicals has formed a joint venture with CU Power International and EPCOR to achieve this. The cost of the new power-generation plant is $269 million. Nova has a 20% share, with the other partners dividing the rest equally between them.

Construction began in the middle of 1998, and was finished in the fourth quarter of 2000. As well as supplying power to the site, the plant can also sell excess power to the National Grid. The excess power is expected to be about 290MW (after the rest has been deducted for running the olefins plant). The complete costs for the three plants is $1.1bn.

It is possible that one of the customers for ethylene will be the Dow Chemical polyethylene plant at Prentiss in Alta. The relatively cheap feedstock located nearby is another of the prime commercial advantages of the project. Furthermore, the sheer size of the plant can be expected to yield considerable economies of scale. The polyethylene plant will use UNIPOL technology licensed from Dow Chemical/Union Carbide.

The main contract for the new ethylene plant was worth $630m. It was awarded to Stone & Webster/Fluor Daniel Petrochemicals (known as SW/FD). This is a joint venture formed in 1997 by the two well-known contractors.

The main contract is an extension of Stone & Webster’s 1996 appointment as technology licenser, process designer and project management contractor for the plant. The polyethylene plant contract was worth about $270m.