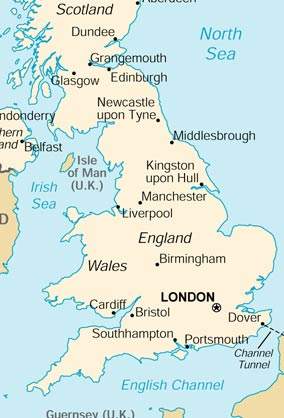 The vinyl acetate plant will come into production just as an agreement for ENI to supply BP Amoco with vinyl acetate from North Italy expires. The new Hull facility will also lead to one of BP Amoco's plants closing.

Hull has seen a new vinyl acetate monomer plant and an ethyl acetate plant being added as part of the overall expansion. The vinyl acetate monomer plant produces 250,000t/yr and was completed in late-2000. BP Amoco claims that its proprietary technology will allow it to have twice as much production from a single reactor as could be achieved through conventional means. BP Amoco has developed this plant through an engineering alliance with Foster Wheeler Energy Ltd. The construction will be handled by UK Construction & Engineering Ltd, James Scott and Balfour Beatty Construction Ltd.

The new plant differs in its design from the trade norm of testing a product at laboratory level, then building a semi-commercial plant, before finally launching a fully commercial plant. The semi-commercial stage adds significantly to direct costs and increases the overall time of the project. A far deeper understanding of the processes allows the "semi-commercial" plant to be much less provisional. In other words, a more sophisticated use of modelling facilitates a much easier scale-up.

The new AVADA™ plant, which produces 220,000t/yr was completed in March 2001 and started commercial production in December 2001. It is the largest producer of ethyl acetate in the world. Again, BP Amoco will use proprietary technology, which it claims will improve production. In this case, it is "direct addition" technology. This creates ethyl acetate from ethylene and acetic acid, avoiding the need for ethanol. This will be the first commercial use of the new method. It supercedes the ethyl acetate plant currently used at Hull, which uses an esterification of ethanol with acetic acid method.

The innovative ethyl acetate plant has been developed through an engineering alliance with Kvaerner Process. The trio of companies constructing the vinyl acetate plant will also be building the ethyl acetate plant. BP Amoco’s ethylene pipeline, which currently runs from Grangemouth to Teeside, is being extended by 151 km to reach its petrochemical facility in Hull. The pipeline can supply the Hull plant with the feedstock for its new ethyl acetate production method.

BP have signed an agreement with The Nippon Synthetic Chemical Industry Co Ltd (Nippon Gohsei)to construct an $95 million ethylene vinyl alcohol copolymer plant at the BP Hull site. Construction begins January 2002, and Nippon expects it to go online by late 2003. Nippon Gohsei will own and operate the site, but the necessary feedstocks will be supplied by BP. The vinyl acetate monomer will be provided by the Hull unit mentioned above, and the ethylene will be supplied from Teeside through the recently completed ethylene pipeline.

The new plant expansions should help BP Amoco in the UK to increase mid-cycle earnings by cutting production and logistics costs. Of course, the merger of BP and Amoco is also pushing the new corporation to look for economies across its operations. Many of the plant’s products, such as ethylene, are reused in other chemical processes to produce other derivatives. The main exceptions are the methane used to fuel the plant’s furnaces and the polypropylene, which is sold onto fabric manufacturers.

When the vinyl acetate plant began production BP Amoco’s agreement with ENI to supply vinyl acetate from Porto Marghera in North Italy expired. The new Hull facility also led to one of BP Amoco’s plants closing. The Baglan Bay plant in South Wales produced 150,000t of ethanol a year. Of course, the changes in the Grangemouth and Hull plants are also reducing its requirements as the plant volumes are changed. Despite the closure, BP Amoco’s overall ethanol production will increase.

BP Amoco also concluded an agreement with Solutia, which has a plant in Belgium, to market its ethyl acetate in North America. Thus, BP Amoco will be using its sales and marketing channels for both its own and others’ production. The deal cements BP Amoco’s strength in the sector even further, and helps to ensure a market for the Hull plant’s products.