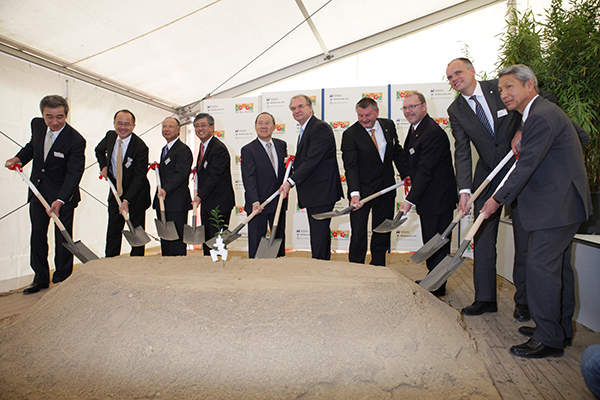 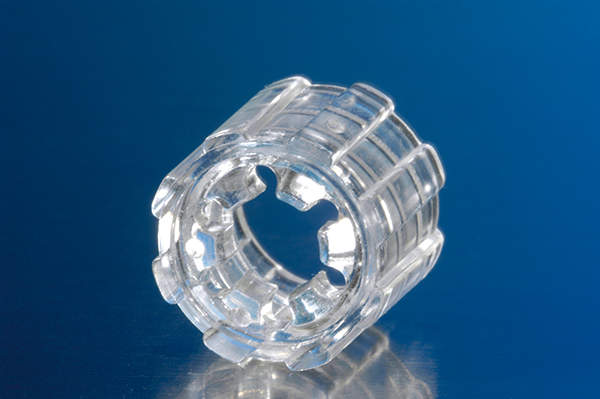 An adaptor used for medical applications made, of Apec. Image courtesy of Bayer MaterialScience. 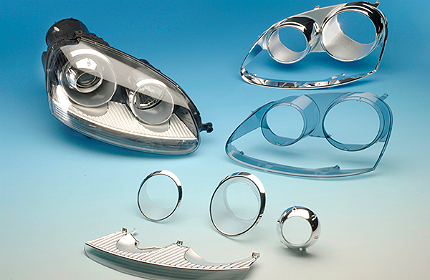 Hi-Bis broke ground for a second special bisphenol plant in October 2012 at the chemical industry centre of Bitterfeld in the eastern part of Germany. The new plant is being constructed with an investment of €50m ($64m) and is expected to start operations in 2014.

The new special bisphenol plant is being constructed to meet the increasing global demand for Bayer MaterialScience‘s high-tech plastic Apec.

Hi-Bis currently has a special bisphenol production plant in Bitterfeld. The bisphenol is supplied to Bayer MaterialScience, which uses it as a feedstock in the production of a high-tech plastic, called Apec, at its plant in Antwerp, Belgium.

The existing bisphenol plant generated 35 new jobs when it came online in 2004. The second plant is also expected to create the same number of jobs when it comes online in 2014. Furthermore, it will double Hi-Bis’ special bisphenol production, concurrent with the production of Apec to meet the growing market demand.

The engineering works of the new plant are expected to be completed by July 2013 and will be followed by commissioning.

Hi-Bis will be the owner and operator of the bisphenol plant. Hi-Bis is a joint venture between Mitsui & Co (35%), Honshu Chemical Industry (55%) and Bayer MaterialScience (ten percent).

Construction at the Chemiepark Bitterfeld-Wolfen

"Bisphenol is supplied to Bayer MaterialScience, which uses it as a feedstock in the production of a high-tech plastic, called Apec."

The new plant is being constructed adjacent to the existing special bisphenol plant located in the Chemiepark Bitterfeld-Wolfen chemical park site. The entire site covers an area of about 1,200ha.

Locating the plant at Bitterfeld favours the project due to the presence of a number of chemical companies at the chemical park. Hi-Bis chose the Bitterfeld site for the first plant because of similar reasons, such as the presence of various industry experts and the availability of workforce at the site.

Besides the Bitterfeld plant, Bayer MaterialScience also receives bisphenol from Wakayama in Japan.

EDL Anlagenbau Gesellschaft, which is a German subsidiary of Pörner Ingenieurgesellschaft, has been contracted to provide engineering services for the plant.

Toyo Engineering Corp is one of the suppliers for the plant. EDL and Toyo were also involved in the construction of the first special bisphenol plant in Bitterfeld.

Bisphenol’s use in producing polycarbonate plastics

Bisphenol is a colourless organic compound used as a feedstock for the production of polycarbonates and epoxy resins, such as the Apec high-tech plastic.

Apec is a polycarbonate that is acknowledged for its transparency, heat resistance of up to 203°C, transparency, toughness, weatherability, easy metallisation and sterilisation characteristics.

It is used in applications such as automotive lighting, signal transmitters, lights, electrical / electronic appliances, hair dryers and several other applications which are subject to high temperatures. The product is also used in medical, aircraft, rail and shipping appliances.

The European Union has banned the use of bisphenol-A in baby feeding bottles as certain studies found the material to be potentially harmful. No substantial clinical evidence exists on the harmfulness of the material, however, according to Bayer MaterialScience.