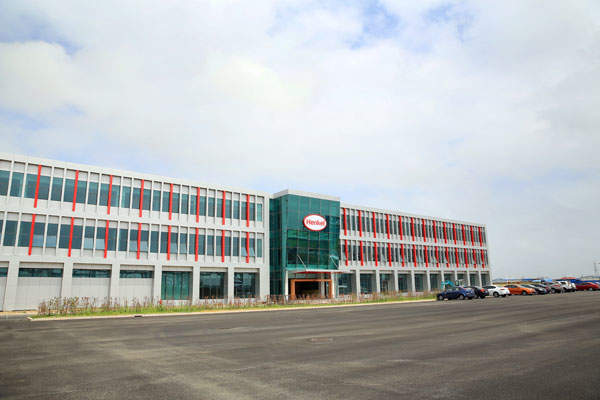 The factory is Henkel’s central production site for industrial adhesives in China and the Asia-Pacific region. 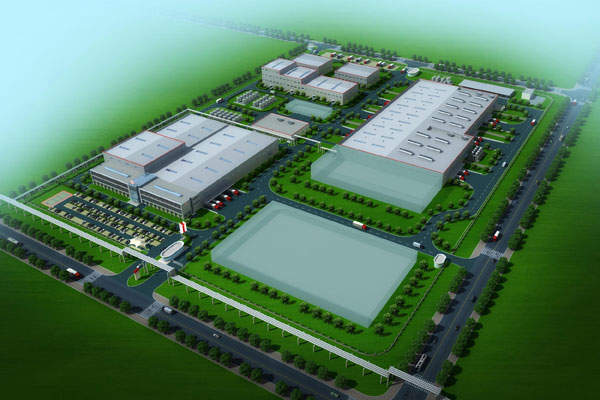 A rendition of the Dragon Plant located at the Shanghai Chemical Industry Park (SCIP). 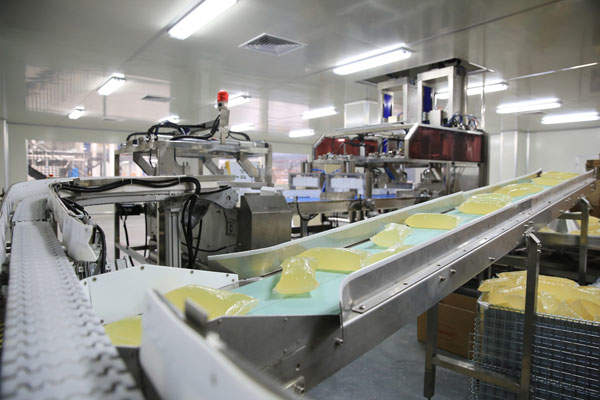 One of seven production lines in the hotmelt workshop of the Dragon Plant. 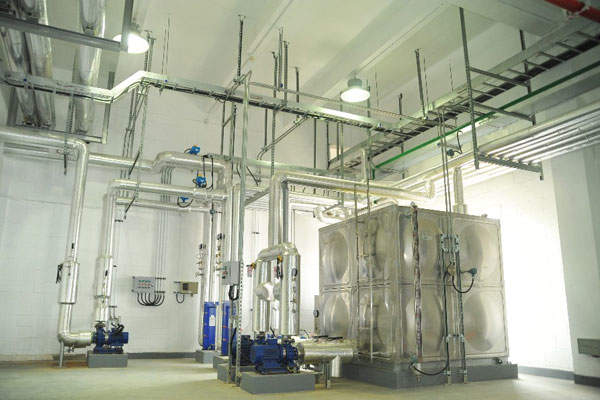 The Dragon Plant is a model for sustainability and efficiency, boasts Henkel.

A cooling line for hotmelt adhesives at the Dragon Plant.

Henkel’s Dragon Plant, located at the Shanghai Chemical Industry Park (SCIP), is the largest adhesives factory in the world. It was inaugurated in September 2013, following two years of construction works which commenced in August 2011.

The €50m ($67m) plant will help Henkel in achieving its financial target for 2016, which is to increase the sales in emerging markets to €10bn ($13bn) and the global sales to €20bn ($26bn). The new factory was constructed targeting China and the Asia-Pacific region.

Touted to be a model for sustainability and efficiency, the Dragon Plant’s annual output is expected to reach 428,000t of adhesives. The new plant will employ approximately 600 people, and will serve more than 15 different industries comprising of approximately 2,000 customers, mostly from the automotive industry and various consumer goods sectors.

The warehousing at the operations plant is being managed by Kuehne + Nagel.

"Henkel is considering an expansion to increase the range of products at the plant by 2015."

The Dragon Plant covers an area of 150,124m2. It can be optionally expanded by a further 50,000m2. Henkel is considering an expansion to increase the range of products at the plant by 2015.

The factory site comprises of an administration building and a general site utility building. The plant employs ten different technologies in five workshops. Seven production lines are present in the hotmelt workshop and a production line for pressure sensitive adhesives (PSA) for which the company purchased the product range from Cytec Industries in 2012.

The new adhesives plant is equipped with condensed heat recovery systems, which curtails the amount of water required by half when compared to conventional plants. The equipment chosen for the plant also reduces the volume of packaging materials by 60%.

"The equipment chosen for the plant also reduces the volume of packaging materials by 60%."

The use of special translucent roofs for the buildings has reduced the power requirement by about 90%. The energy consumption is reduced by use of induction lighting in administrative and workshop areas, and solar powered lighting in other areas.

The factory is installed with waste heat recovery systems and innovative filling equipment and loading bays that are designed to prevent leaks and spills of adhesives. The utility building is equipped with an air compressor that retains heat and uses it to warm up the water used at the factory.

Adhesives production at the Dragon Plant

The Dragon Plant produces the leading hotmelt brands of adhesives produced by Henkel such as Loctite, Teroson and Technomelt. It will also produce pressure sensitive adhesives. The first batch of hotmelt adhesives was produced in March 2013. The products are solid at room temperature and get liquefied when exposed to heat. The liquid adhesive is applied to the surfaces to be joined, bonding them together as it cools.

The company first began producing adhesives at the Düsseldorf facility in Germany in June 1923. Its first Chinese production facility was opened in 1990.