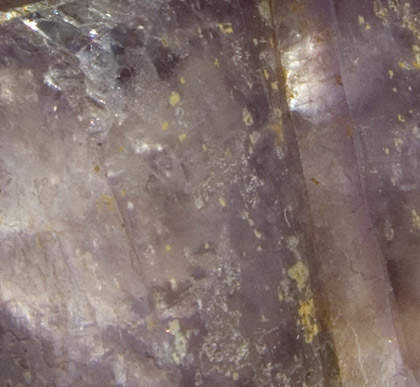 Fluorite is an important mineral in the production of HF.

Companies such as Aluminium Bahrain (ALBA) are capitalising on this by increasing their smelting capacity. ALBA has the world’s third largest smelter, producing 830,000t per year, and is hoping to increase capacity to 1.2 million tonnes per year.

In addition, Dubai Aluminium (Government owned) and Mubadala Development of Dubai have planned the construction of an $8bn smelter. It will have a capacity of 1.2 million tonnes and be one of the largest in the world when it comes on-stream in 2010.

“The plant will include a sulphuric acid/oleum production plant.”

The increase in all of this smelting capacity will require an additional source for aluminium fluoride, which is an important process component in the production of metallic aluminium.

Gulf Fluor, which is a privately owned chemical producer based in Abu Dhabi, made a commitment in August 2007 to build a new fluorides complex in the second phase of the industrial city of Abu Dhabi (ICADII). The new complex, which will require an investment of $500m (Dh2bn), will produce aluminium fluoride AlF3 (for the smelters) and anhydrous hydrogen fluoride (HF).

HF is an important raw material for polymers such as Teflon and also used to produce chlorofluorocarbons (CFCs) used as aerosol propellants, refrigerant gases, blowing agents to expand plastic foams and solvents. HF is also used in the preparation of uranium hexafluoride gas for enrichment.

The plant will also include a new sulphuric acid/oleum production plant; this will make use of the sulphur recovered from production of low sulphur fuels. Hydrogen fluoride is manufactured on large scale by the reaction of sulphuric acid with mineral fluorspar (fluorite or calcium fluoride). This is the reason that a dedicated sulphuric acid plant is required. The new fluoride complex is expected to start operations in the third quarter of 2009 and will be the first plant of this type in the
Gulf.

“The new fluoride complex is expected to start operations in the third quarter of 2009.”

The main contractor for the project will be Simon Carves, part of the Punj Lloyd Group. Simon Carves will design and construct the plant on an engineer, procure, construct (EPC) basis.

The technology for the production of the AlF3 and the anhydrous HF will be provided by BUSS CHEM TECH AG of Switzerland, who will also supply the majority of the critical equipment.

The sulphuric acid/oleum plant will be designed, engineered and supplied by Simon Carves.

The complex will have the capacity to produce 60,000t of AlF3 per year and 10,000t of anhydrous HF per year. Gulf Fluor has approached the National Bank of Abu Dhabi to finance part of the project with a loan of $130.7m (Dh480m).