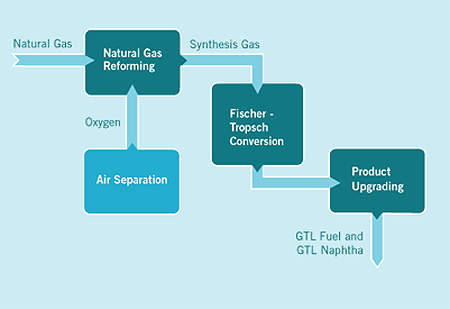 The project sponsors believe that Fischer-Tropisch conversion technology will be central to its success. 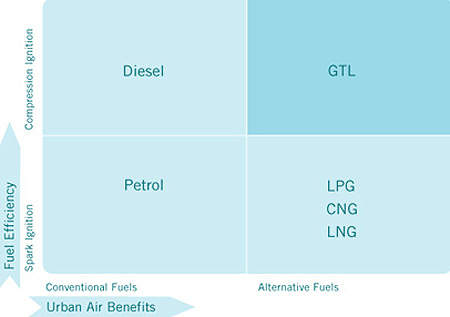 The rationale for the gas to liquids (GTL) plant is to combine the fuel efficiency of diesel with the low air pollution of LPG and other fuels. 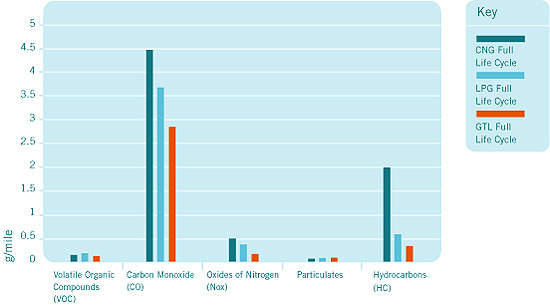 GTL fuel has lower emissions than both LPG and CNG. 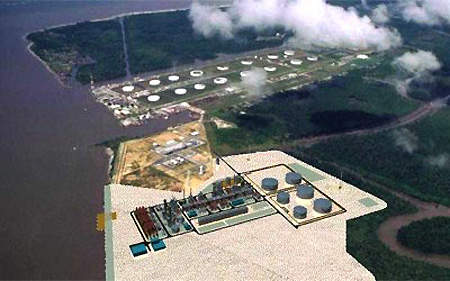 Sasol Chevron also has a (more advanced) GTL project at Escavros in Nigeria.

The Sasol Chevron gas to liquids (GTL) joint venture is considering Australia as the site of a $1bn first-stage synthetic fuels plant aimed at diesel markets. Output not given to fuel would be converted to naphtha or LPG.

The GTL plant depends on being able to exploit Australia’s large natural gas reserves. The joint venture of South African fuel producer Sasol and Chevron, formed in 1999, is considering GTL project investments globally that could total more than $5bn in five to ten years.

Up until recent times diesel from GTL was not competitive at oil prices below $35/bbl. Currently it is claimed that it can compete with $20 oil/bbl and with oil now hitting $86/bbl it is a good prospect, particularly for coal- and gas-rich countries.

Sasol and Chevron’s management said large uncommitted natural gas reserves made Australia an attractive possibility for a GTL plant. Australia has a lot of competition, however, and the project will need a government willing to define an appropriate industry policy and fiscal regime.

The venture is starting discussions with gas suppliers and with the Federal Government on financial assistance, but says the proposal is at a very early stage. The government formed a GTL taskforce within the Invest Australia division of the Department of Industry, Science and Resources to examine GTL issues, amid rising interest in Australia from potential project proponents.

Increased global interest in GTL production is driven by demand for cleaner fuels, with the GTL process producing diesel with very low sulphur content. It is also a way to use gas resources that could otherwise languish as unused assets. Sasol Chevron said the plant could be important in boosting Australian fuel supplies, with declining crude production and rising demand likely to see Australia becoming a net importer of transport fuels by 2005.

Australia, like South Africa, has vast reserves of coal and these could also be used to produce liquid fuels if required in the future. Sasol itself has expertise in coal to liquid technology.

In February 2007 it was announced that the Chevron Corp and Sasol Ltd 50/50 joint venture was exploring the possibility of building a facility to convert gas from the Wheatstone field in Western Australia. Chevron will be leading the upstream field development while Sasol Chevron will be responsible for the downstream element (Fischer-Tropsch process and resulting refining).

A GTL plant will require at least the availability of 4 trillion cubic feet of natural gas to make it economically feasible. The Wheatstone field was discovered in 2004 in the Chevron’s retention lease, WA-17-R, which lies close to both the North West Shelf Venture gas fields and Barrow Island.

The initial plant would produce about 30,000–45,000bpd, of which about 22,700bpd would be GTL diesel replacement fuel. The remainder will be GTL naphtha and LPG. Plant capacity could be boosted over the following ten years to more than 200,000bpd, aimed mainly at export diesel markets.

Over 20 years the project will need about 21tcf of gas. Australian resources could easily supply this amount. The Carnarvon and Browse Basins offshore Western Australia contain almost 100tcf of gas, with at least a further 21tcf in the nearby Bonaparte Basin and the Timor Sea.

Other resources include the Gippsland Basin (off Victoria’s south-east coast); Bass Strait, the Otway Basin and the Cooper/Eromanga Basins (on the borders of South Australia and Queensland). Australia also has coal seam methane resources in Queensland and New South Wales.

Australia has a growing problem. Supplies of domestic crude are being depleted and by the middle of this decade the country will no longer be self-sufficient in transport fuels. Unless something is done soon, Australia will become increasingly dependent on OPEC imports. Not only will the nation have a growing trade imbalance, it will be in a strategically vulnerable position.

Australia has available a natural solution. It can turn to its huge uncommitted gas supplies for the answer. Investment in a Gas to Liquids Fuel industry now will guarantee security of supply of vital transport fuels for decades to come.

A GTL fuel industry will deliver self sufficiency in transport fuels; provide a new export industry; guarantee Australia a role as a major world fuel supplier; together with the LNG industry, help Australia become a natural gas-based economy.

The LNG industry alone will not monetise the 130 trillion cubic feet of uncommitted gas stranded off the north of Australia. But LNG – along with a GTL Fuel industry – could do so, and at the same time underpin the development of new gas fields and domestic gas infrastructure for Australia’s future.

Several GTL projects aimed at products other than transport fuels are also planning to start output in Australia. US group Syntroleum is due this year to begin work on its A$600m Sweetwater GTL plant which will produce 10,000 bpd of synthetic lubricants, paraffin and other products. Methanex is considering a $1.5bn methanol plant in Darwin, using Timor Sea gas that is scheduled to come on-stream in 2004.