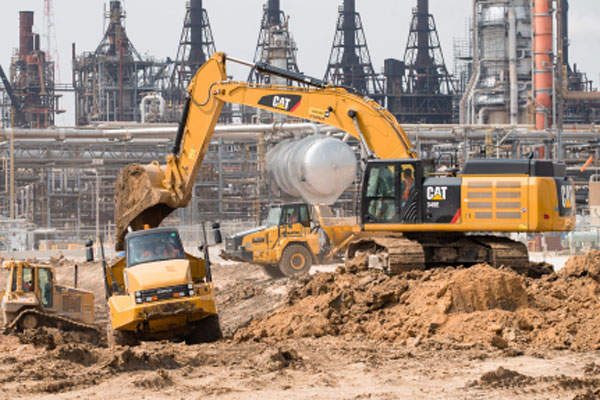 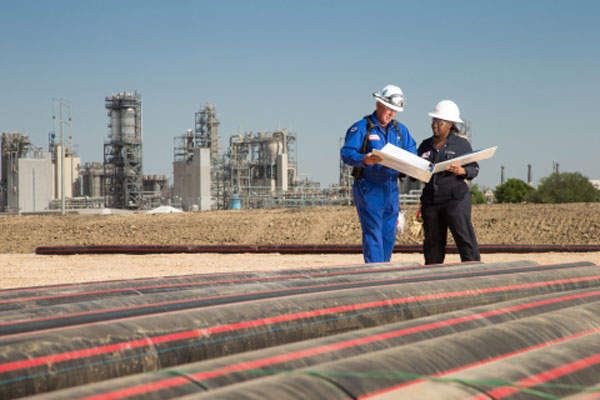 The polyethylene plant at Mont Belvieu, Texas, is also being expanded as part of the larger Baytown Complex Expansion Project. Photo: Business Wire. 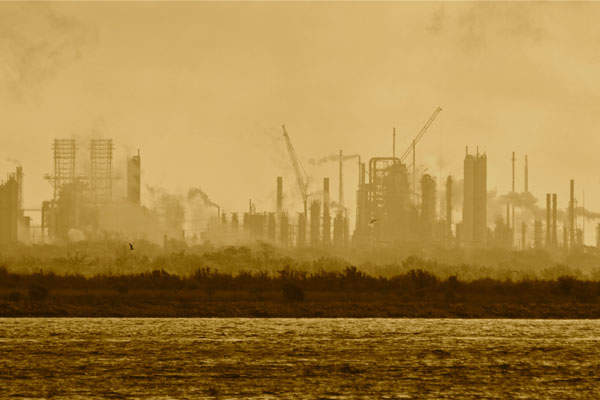 ExxonMobil has been involved in project activities at Baytown since 1919. Image courtesy of roy.luck. 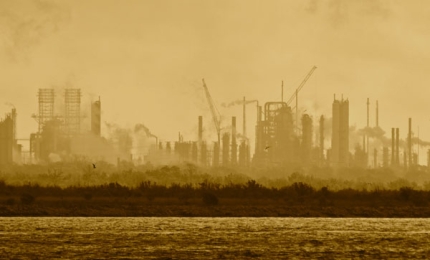 In June 2014, ExxonMobil started construction activities for the expansion of its Baytown Complex in Harris County, Texas, to incorporate an ethane cracker facility, including two polyethylene lines at its neighbouring Mont Belvieu site. The company gained the final regulatory approvals regarding greenhouse gas (GHG) emissions in May 2014.

The multi-billion dollar project is expected to generate 350 permanent jobs at the Baytown site, create 4,000 related jobs for the local community and require a workforce of approximately 10,000 during the construction phase. The project will also contribute approximately $870m per year to the local economy and generate more than $90m per year in additional tax revenues.

ExxonMobil has embarked on the project predicting the global demand for ethylene to increase by 150% from 2010 to 2040. The booming shale oil and gas industry in the US, from which the main feedstock will be sourced and converted into plastic polyethylene, provided further impetus. The project is expected to benefit by integrating the existing facilities at the site.

Details of the Baytown Complex expansion

The ethane cracker plant is being constructed to the east of the existing complex and will have an annual production capacity of 1.5 million tonnes. It will further increase the quantity of products at the existing site, including fuel gas, propylene, a heavy components (C3+) stream and other lower-output hydrocarbon streams.

Dow Chemical started the construction of a new ethylene production facility at its Freeport site in June 2014.

Eight new steam cracking furnaces will be added, integrating with the existing olefins plant at the complex. New recovery equipment to be installed includes a quench tower, caustic wash facilities, a process gas compressor and interstage coolers, a chiller train, a refrigeration system, a deethaniser, an ethylene/ethane (C2) splitter and a demethaniser.

The project further entails the installation of a new cooling tower and flare system. Up to five backup diesel generators with a maximum output of 3MW each will be installed, a storage tank will be constructed for each generator and two new booster pumps will be added to the existing fire-water system at the site.

Two polyethylene lines will each have a production capacity of 650,000t per year. The polyethylene produced at the Mont Belvieu site will primarily be of premium-grade and will be used in the manufacturing of lighter, environmentally friendly and lower-cost packaging products. New reaction, finishing, packaging and shipping equipment, including utility facilities for water, air and steam, will be integrated with the existing facilities.

Contractors involved with the Baytown project

The contract for the ethylene plant was awarded to Linde and Bechtel. Linde will provide engineering and procurement services during pre-commissioning and commissioning of the new facility, while Bechtel will be involved in construction and ancillary procurement activities.

Olefins furnaces will be supplied by Mitsui Engineering & Shipbuilding and Huertey Petrochem, who previously carried out similar activities at ExxonMobil’s petrochemicals site in Jurong Island, Singapore.

The contract for the construction of the polyethylene lines has been awarded to Mitsubishi Heavy Industries. The company was previously involved in performing the engineering design and land preparation works at the site.

Specialty contracting services for the overall project will be provided by Dashiell Corporation and Wood Group Mustang, while enabling works and interconnections for the two sites will be carried out by Jacobs Engineering.

The Baytown Complex covers an area of 3,400 acres. The refinery within the complex came online in 1920 and currently has a crude oil processing capacity of 584,000bpd. The chemical plant producing butyl, polypropylene and other chemical products came online in 1940. The olefins plant came online in 1979. The complex further houses a regional engineering office and a global technology centre.